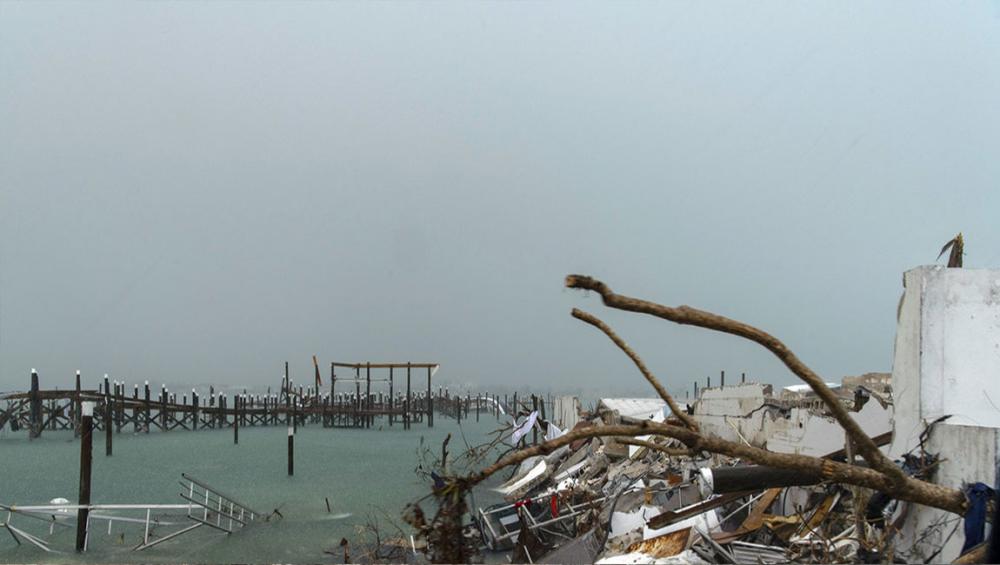 New York Sept 15 (JEN): The UN chief saw for himself the deadly power of Hurricane Dorian on the shattered islands of Abaco and Grand Bahama on Saturday, describing it as more like a “Category Hell” disaster, than the official Category 5 designation used by meteorologists.

Dorian was “Category Hell”, said Secretary-General António Guterres, “but he was not powered by a devil. We have always had many hurricanes, but now they are more intense, and more frequent, and they are powered by climate change.”

He said it was key for the international community to learn two things from the monster storm which struck on 1 September, killing at least 50 people, while around 1,300 are still reported missing:

“We need to stop climate change, we need to make sure that we reverse the present trend when climate change is running faster than we are, and second, that countries like The Bahamas that do not contribute to climate change - but are in the first line of the devastating impacts of climate change - deserve international support, to be able to fully respond to the humanitarian emergency, but also for the reconstruction and the building resilience of the communities on the islands.”

Although Tropical Storm Humberto brought ominous new rainfall to the island nation over Friday night, before moving away, the UN chief – who spent much of the day talking to Bahamians and showing solidarity with those affected – was able to visit what one Government minister later described as their “ground zero”, of Abaco and Grand Bahama, on Saturday morning.

Taking to Twitter, he said he was “horrified” by the level of devastation. “I’ve never seen anything like this” he noted, despite spending 10 years in some of the most crises-ridden parts of the world, as head of UN refugee agency, UNHCR.

‘This kind of systematic destruction is unique’

Mr. Guterres spoke after surveying the scene, to international emergency responders and Bahamians involved in the Government relief effort in Abaco: “I have to say that I have seen in my life in different capacities, earthquakes, floods, hurricanes, cyclones, I don’t remember seeing such a systematic level of devastation. Even when I came two years ago to Dominica...This kind of systematic destruction is unique.”

Thanking all of the search and rescue workers from nations far and wide, international NGOs and UN agencies on the ground, he said that the destruction he had witnessed was “a demonstration of how dramatic natural disasters are becoming, increasing in intensity and in frequency and how vulnerable countries like the Bahamas are in relation to these natural disasters.”

“It is clear that this acceleration is very much linked to human activity, triggering climate change and of course the Bahamas are not contributing much to climate change...So this solidarity is absolutely essential, and the international community needs to be able to express it very strongly.”

He thanked them all for working “with an enormous determination, and enormous solidarity, and enormous generosity” in “very tough conditions.”

The UN chief noted that although some sceptics of the aid effort expressed a view that middle-income countries like The Bahamas should not be supported in the face of disasters like Dorian, “it’s a wrong idea, especially with middle income countries that have high levels of vulnerability to external shocks, they are not responsible for.”

Now is obviously still the emergency phase, he said, “but then there will be reconstruction, resilience, recovery; and this will require massive investments, from the Government, and international support of course will be absolutely essential”.

The expectations of all Bahamians would need to be carefully managed, he noted, praising the extraordinary effort on the part of the Government and people, to deal with the devastation that will impact the economy and society for months to come. The international community has a “huge responsibility to support the Bahamas”, adding that as Secretary-General, he would be “saying that “everywhere I go”.

As the UN chief left the capital of the island nation later on Saturday, one Government minister thanked him for speaking to the world about the reality Bahamians now find themselves in: “I really thank you on behalf of the Prime Minister and the people of our country, for taking the time, and coming and looking at ‘ground zero’ for yourself.”

Photo caption and credit:
Marsh Harbor in the Bahamas has been devastated by Hurricane Dorian.