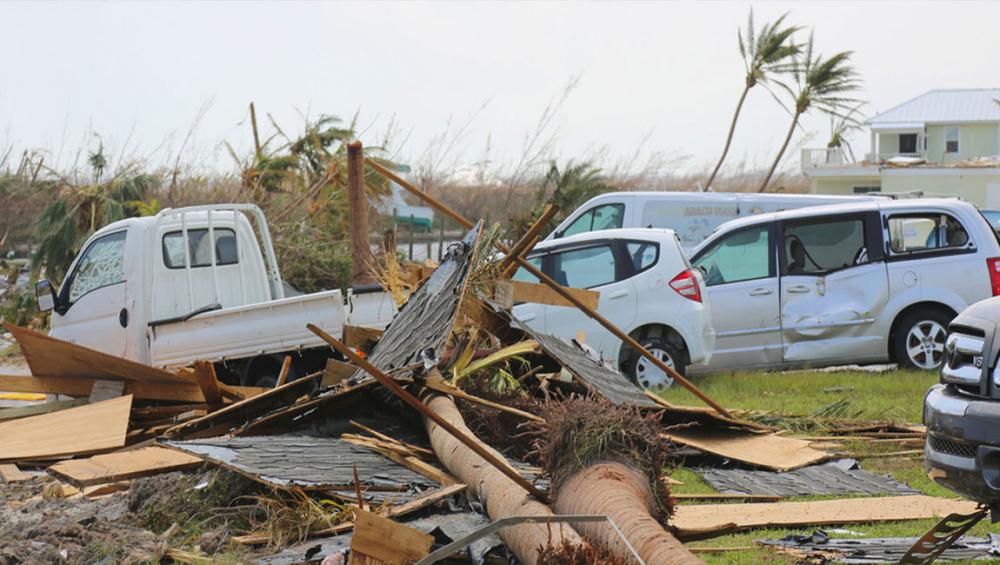 New York, Sept 7 (JEN): As the UN and other aid partners respond to huge humanitarian needs in the hurricane-struck northern Bahamas, latest reports indicate that the death toll is likely to increase substantially, the head of an emergency medical relief team said on Friday.

“We certainly expect the death toll to rise, I can’t tell you what that would be, but we’re really worried about it,” Dr. Ian Norton, Manager of the World Health (WHO) Emergency Medical Teams Initiative, told journalists in Geneva.

In the eye of the storm, you either drown, or survive

“What we’ve seen unfortunately in this devastating storm surge - especially in a stationary storm – (it) produces what you would see maybe after a tsunami”, Dr. Norton added. “And what we don’t see in those cases is injuries as such, we see unfortunately a lot of people drowned and losing their lives - drowning or surviving.”

As of Friday morning local time, 30 people are confirmed to have died after Hurricane Dorian hit the islands of Abaco and Grand Bahama last weekend with maximum wind speeds of 297 kilometres per hour (185 mph).

But the Government says that thousands are still missing after the Category 5 storm brought with it a storm surge of 18 to 23 feet (5.5 to seven metres) and 76,000 people are believed to be homeless, in need of assistance.

The extreme level of destruction has been attributed by UN weather experts at the World Meteorological Organization (WMO) to the fact that Dorian “remained stationary, thus exacerbating the impacts of the hazards: wind, rain, waves and storm surge”.

In a statement on Friday, UN Migration Agency, IOM, said that “only minimal information” was available from the affected islands and that more detailed assessments of people’s requirements are urgently needed.

Among its priorities, the agency is providing 1,000 tarpaulins to replace roofs “stripped” from homes by the hurricane.

Citing official sources, IOM said that some 449 people are in nine emergency shelters in Abaco, with 346 survivors being temporarily housed in 17 shelters in Grand Bahama.

“Many are sheltering in clinics and therefore need to be relocated; thousands more are prevented from reaching the shelters due to flooding and blocked roads,” IOM said.

Highlighting the immense challenge ahead for affected Bahamians, the agency noted the need to rebuild destroyed infrastructure, “with increased resistance in the face of extreme weather”, as being key to boosting the resilience of the communities.

Treating chronically ill is only one of many priorities

Other immediate needs include treating people with chronic illnesses, such as those with diabetes and kidney failure, Dr Norton explained.

“We now know that the hospital in Freeport which is on Grand Bahama is severely flooded with sewage-contaminated water, and so therefore it needs to be temporarily replaced with a field hospital”, he said.

Amid reports that many other medical centres are flooded, international health teams are arriving in the Bahamas to provide clinical care and help survivor to secure food supplies, safe drinking water and sanitation.

“I can’t tell you that we’ve got to every single atoll and sand key, but certainly the major sections of each island have been reached”, said Dr. Norton. “We’ve certainly seen reports more and more on the health side, that they’re looking at shelter, food and trying to assess what populations are left where.”

Echoing that message, Dr. Esther de Gourville, representative of the Pan American Health Organization/World Health Organization (PAHO/WHO) in the Bahamas, insisted that staff would use their extensive experience in emergency preparedness to improve disaster relief operations.

“Clearly it is a desperate situation for some persons on Abaco,” she said.

U.S. Coast Guard District 7
The devastation of hurricane Dorian is visible in Treasure Cay, Bahamas. The Coast Guard is supporting the Bahamian National Emergency Management Agency and the Royal Bahamian Defense Force, who are leading search and rescue efforts. (4 September 2019)