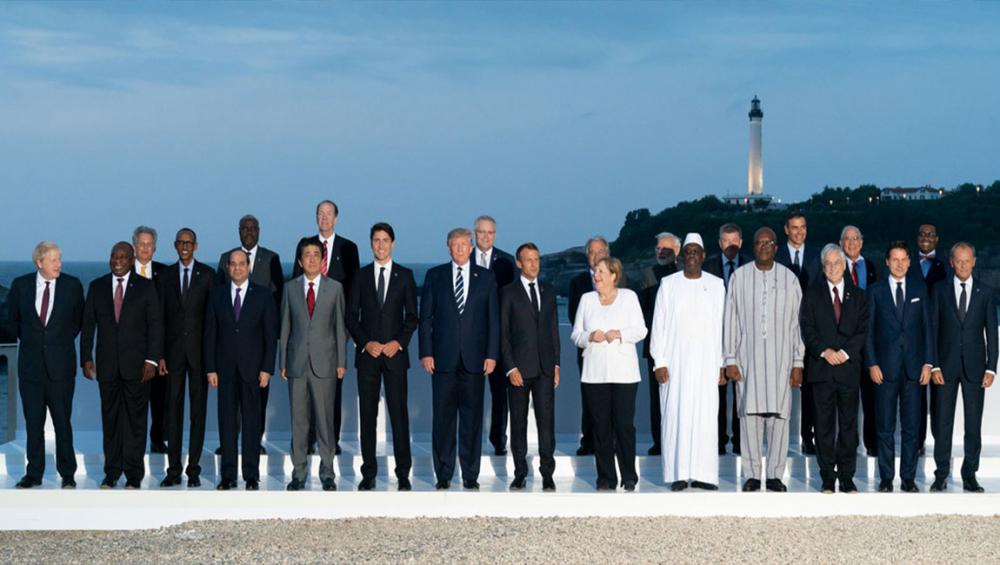 New York, Aug 27 (JEN): People all over the world are calling for a shift towards a greener, cleaner future, UN Secretary-General António Guterres said on Monday, stressing that “we have the tools to address the climate emergency, but we need more political will.”

This was the urgent message delivered on Twitter from Biarritz, France, where the UN chief has been meeting for the past two days with G7 leaders to mobilize action ahead of his Climate Action Summit next month in New York.

Speaking to reporters, Mr. Guterres said the UN Summit – and the need for concrete action – come against the backdrop of a “dramatic climate emergency,” with the UN World Meteorological Organization (WMO) reporting the 2015 to 2019 are on track to be the five hottest years ever recorded, and historically high concentrations of C02 in the atmosphere.

And with Greenland’s ice melting, and record-setting fires blazing from the Arctic to Alaska and the Amazon, the Secretary-General said, “we are much worse than what we were during Paris,” referring to the 2015 conference in the French capital that give birth to the landmark climate accord aimed at easing global warming and curbing greenhouse gas emissions.

He said that recent scientific evidence provided by the UN Intergovernmental Panel on Climate Change (IPCC) has made clear that “we absolutely need to keep the rise of temperature to 1.5 degrees Celsius to the end of the century and to be carbon neutral in 2050 and to have a 45 per cent reduction of emissions by 2030.”

The UN chief said society is mobilizing, as well as the world’s youth, “and we want to have countries coming to New York and being able to commit to be carbon neutral in 2050, being able to increase substantially their ambition in the Nationally Determined Contributions to climate action that have to be reviewed in 2020.”

Guterres also stressed the need to make sure that counties are “shifting of taxes from people to carbon,” ending subsidies to fossil fuels, and that more coal power plants are not built after 2020.

“All this requires a lot of political will, and the G7 was an excellent opportunity to appeal for the very strong engagement of the international community,” said the Secretary-General, adding that: “The youth have been leading the way, and we’ll start the Summit with a youth climate summit in the UN, but we need, especially those countries that belong to the G7, to give a positive example.”


The G7 group of nations with partners at the Hotel du Palais Biarritz, the location of the G7 Summit in Biarritz, France. (25 August 2019)