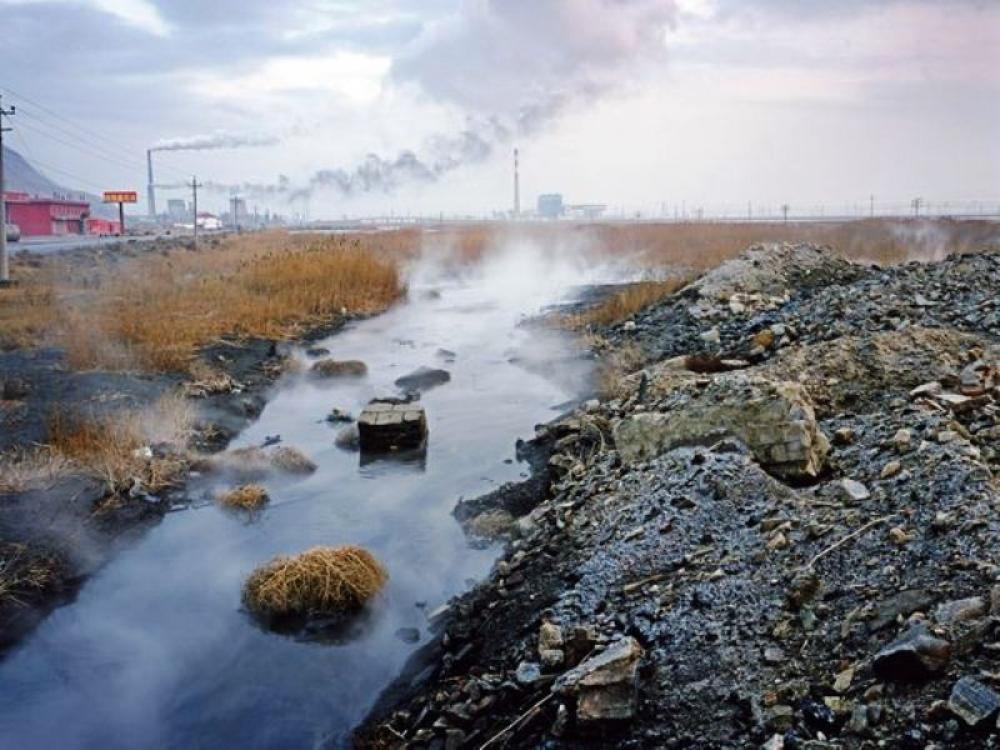 Beijing: China, which witnessed harsh heatwaves from June to August this year, will experience more moderate to severe drought-like situations in coming years with their direct impact on the country’s socio-economic condition, said a combined study of scientists from the US-based University of Texas and China-based Tsinghua University.

China’s Qinghai-Tibet plateau, which is losing 15.8 gigatons of terrestrial water storage (TWS) annually due to climate change, may witness a loss of approximately 230 gigatons of TWS in 2050, said the study published in ‘Nature Climate Change Journal’.

It warned if Beijing failed to rein in carbon emissions, it would see water scarcity and consequent social turmoil in days to come.

This warning has come on the back of a severe heatwave in China from June to mid-August, when food, factory production, power supplies, and transportation in the large swath of the country were hugely affected.

The 6300-km Yangtze River, stretching from Shanghai to Sichuan province and considered as one of the longest rivers of Asia, dried up.

With rainfall below average since July, its water levels plunged to record low levels, exposing cracked river beds, and leaving aquatic lives like fishes, dolphins, and crocodiles to perish—a woeful condition that the Chinese had witnessed for the first time since 1960.

Poyang Lake, the largest freshwater lake in China’s landlocked south-eastern Jiangxi province also dried up, causing a huge problem to hundreds of farmers who were dependent on the lake’s water for irrigation of their farm land.

As per China Central Television (CCTV), as many as 66 rivers across 34 counties in the country’s south-western area of Chongqing dried up.

Crops in 10 districts of the region were badly affected due to the heatwave.

The high temperature also sparked several mountain and forest fires in the region, leading to forced evacuation of 1,500 people.

China’s central province of Anhui was the worst affected region.

Relying on the Yangtze River for water supplies, China saw the loss of standing crops in 88,000 hectares of land in Anhui province, said CCTV in its report.

Henan province, which grows about 25 percent of China’s wheat and 10 percent of its corn, also reported a huge loss of crops due to drought.

To protect crops from heatwave-induced drought, at least 10 Chinese provinces in Central and South China resorted to cloud seeding.

.China had last seen a heatwave of 62 days in 2013. Despite this, it is far away from controlling greenhouse gas emissions.

Although China saw its CO2 emissions fall by 8 percent in April-June 2022 to 230 metric ton CO2—the first time in a decade.

Yet it topped the chart among the emitters, despite President Xi Jinping telling the international community during the COP26 climate conference in the UK last year that his country “would speed up the green and low-carbon energy transition, vigorously develop renewable energy and plan and build large wind and photovoltaic power stations.”

According to Statista, a German-based company specializing in market and consumer data, there are a total of 3,037 coal-fired power stations in China and of which, more than 400 units are operational in the country’s Shandong province alone.

Instead of putting a curb on the development of coal-fired power units, Beijing is building more new power plants.

As per Carbon Brief, a UK-based website specialising in the science and policy of climate change, five new major coal-fired power projects were approved for construction in the first six weeks of 2022 and $3 billion worth of coal mine projects were given a green signal in February in China this year.

In comparison to last year, the news agency said China increased its coal production by 490 million tons in 2022.

This clearly shows China’s prioritization of coal production---all this to stave off the energy crisis.

In March this year, while addressing a plenary session of the 13th National People’s Congress, President Xi Jinping stressed on the country’s energy mix policy.

He said coal would be the mainstay of the nation’s energy mix.

His all-encompassing push for coal came more than a year after his pledge at the UN General Assembly in September 2020 that China would peak its carbon emissions before 2030 and achieve carbon neutrality before 2060.

It is seen as a walk back by China on its long-term climate commitment amidst warnings of more heatwaves and drought-like spells across the country in coming years.

Market analyst Morgan Stanley said that on account of climate change, China would see $77 billion worth of economic loss in 2030 and $477 billion loss in 2080.