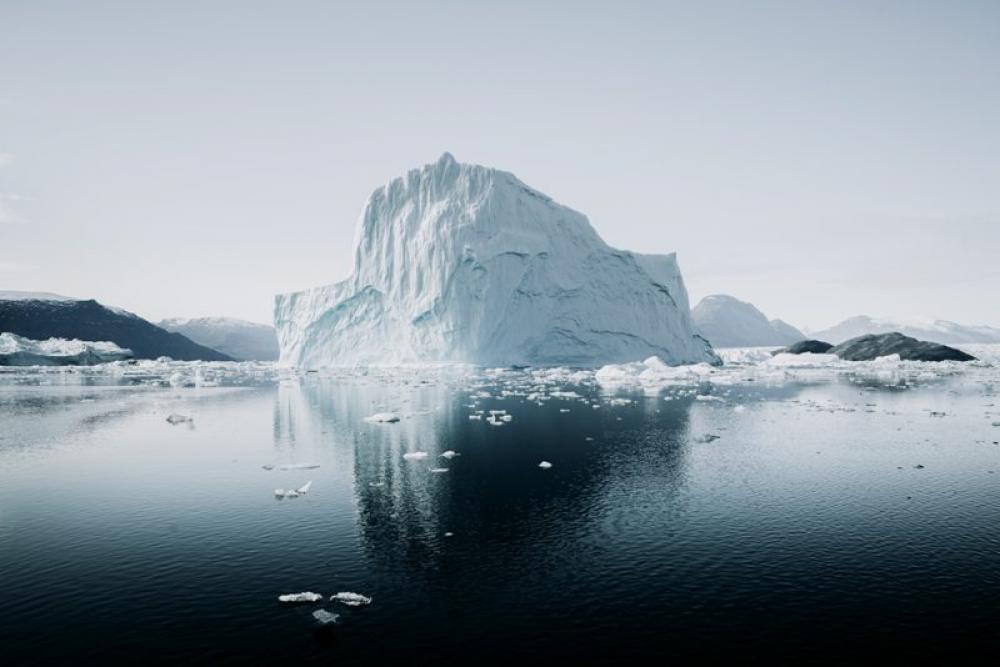 Washington: In the past 20 years, the Arctic has lost about one-third of its winter sea ice volume, according to a new study by researchers at the University of Washington and the California Institute of Technology.

The study was published March 10 in Geophysical Research Letters.

“The key takeaway, for me, is the remarkable loss of Arctic winter sea ice volume — one-third of the winter ice volume lost over just 18 years — that accompanied a widely reported loss of old, thick Arctic sea ice, and decline in end-of-summer ice extent,” said co-author Ron Kwok, a polar scientist at the UW Applied Physics Laboratory.

Seasonal sea ice, which melts completely each summer rather than accumulating over years, is replacing thicker, multiyear ice. This switch is largely responsible for the sea ice thinning, according to the new research.

The newest technology, a combination of ICESat-2 lidar data and CryoSat-2 radar data, is able for the first time to estimate the depth of the snow on top of the Arctic sea ice. Using snow depth and the height of sea ice exposed above water, the study found that multiyear Arctic sea ice lost 16% of its winter volume, or approximately half a meter (about 1.5 feet) of thickness, in the three years since the launch of ICESat-2 in 2018.

“We weren’t really expecting to see this decline, for the ice to be this much thinner in just three short years,” said lead author Sahra Kacimi at CalTech’s Jet Propulsion Laboratory.

To provide context for sea ice thickness estimates from 2018 to 2021, the study used an 18-year record of sea ice observations spanning the older ICESat records and the newer ICESat-2 and CryoSat-2 satellites to capture monthly changes in Arctic sea ice thickness and volume. The longer 18-year record showed a loss of about 6,000 cubic kilometers (1,400 cubic miles) of winter ice volume, or about one-third, largely driven by the switch from predominantly multiyear ice to thinner, seasonal sea ice.

Older, multiyear ice tends to be thicker and therefore more resistant to melting. As that “reservoir” of old Arctic sea ice declines and seasonal ice becomes the norm, the overall thickness and volume of Arctic sea ice is expected to drop further.

“Current models predict that by the mid-century we can expect ice-free summers in the Arctic, when the older ice, thick enough to survive the melt season is gone,” Kacimi said.