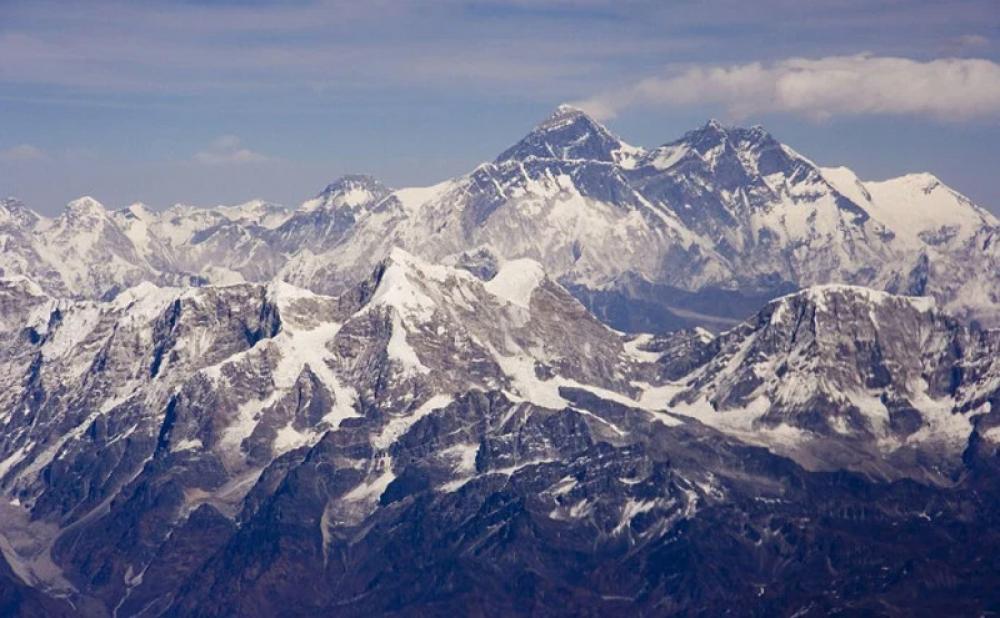 Orono: Melting and sublimation on Mount Everest’s highest glacier due to human-induced climate change have reached the point that several decades of accumulation are being lost annually now that ice has been exposed, according to a University of Maine-led international research team that analyzed data from the world’s highest ice core and highest automatic weather stations.

The extreme sensitivity of the high-altitude Himalayan ice masses in rapid retreat forewarns of quickly emerging impacts that could range from increased incidence of avalanches and decreased capacity of the glacier stored water on which more than 1 billion people depend to provide melt for drinking water and irrigation.

At the rate at which the highest glaciers are disappearing, Mount Everest expeditions could be climbing over more exposed bedrock, potentially making it more challenging to climb as snow and ice cover continues to thin in the coming decades, according to UMaine climate scientists Mariusz Potocki and Paul Mayewski.

This latest research confirms the heights that human-sourced climate change reaches, and serves as a bellwether for other high-mountain glacier systems and the potential impacts as glacier mass declines, says Mayewski, a glaciologist and director of UMaine’s Climate Change Institute who was the expedition leader and lead scientist for the Perpetual Planet Everest Expedition.

“It answers one of the big questions posed by our 2019 NGS/Rolex Mount Everest Expedition — whether the highest glaciers on the planet are impacted by human-source climate change. The answer is a resounding yes, and very significantly since the late 1990s,” Mayewski says.

The study points to the critical balance snow-covered surfaces provide and the “potential for loss throughout high mountain glacier systems as snow cover is depleted by changes in sublimation — passing from a solid to vapor state — and surface melt driven by climate trends. Everest’s highest glacier has served as a sentinel for this delicate balance and has demonstrated that even the roof of the Earth is impacted by anthropogenic source warming,” the researchers note in their paper.

In their investigation of the timing and cause of significant mass loss on South Col Glacier, the researchers used data analyzed from a 10-meter-long ice core and weather stations, as well as photogrammetric and satellite imagery, and other records. They estimated contemporary thinning rates approaching approximately 2 meters of water per year now that the glacier has turned from snowpack to ice, losing its ability to reflect solar radiation, resulting in rapid melting and increased sublimation.

Once South Col Glacier ice was regularly exposed, approximately 55 meters of glacier thinning is estimated to have occurred in a quarter-century — thinning over 80 times faster than the nearly 2,000 years it took to form the ice at the surface. The researchers note that increasing overall surface ice mass loss in the region — the transition from permanent snowpack to majority ice cover — could have been triggered by climate change since the 1950s, with sublimation enhanced by rising air temperatures. The impacts of climate change on the glacier have been most intense since the late 1990s.

Model simulations found that the region’s extreme insolation means that ablation — loss of surface mass by melting or vaporization — can accelerate by a factor of more than 20 if snow cover gives way to ice. And while warming air temperatures caused most of the sublimation, declining relative humidity and stronger winds also were factors.

“Climate predictions for the Himalaya suggest continued warming and continued glacier mass loss, and even the top of the Everest is impacted by anthropogenic source warming,” says Potocki, a glaciochemist and doctoral candidate in the Climate Change Institute who collected the highest ice core on the planet.

They were among the members of the international, multidisciplinary team of scientists, climbers and storytellers, led by the National Geographic Society and Tribhuvan University, and supported in partnership with Rolex, that conducted the scientific expedition to Mount Everest, believed to be the most comprehensive single scientific expedition to the mountain in history.

The expedition team installed the two highest weather stations in the world (at 8,430 meters and 7,945 meters), collected the highest-ever ice core (at 8,020 meters), conducted comprehensive biodiversity surveys at multiple elevations, completed the highest elevation helicopter-based lidar scan, expanded the elevation records for high-dwelling species and documented the history of the mountain’s glaciers. The highest altitude ice core and highest altitude weather station on land are key to the latest research paper and recently set two of the expedition’s three Guinness World Records.