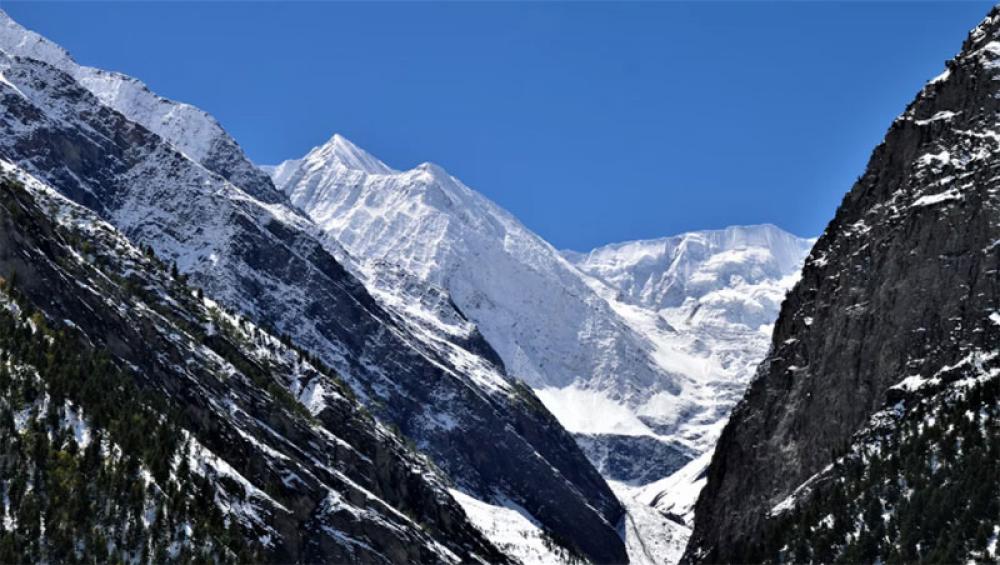 The world is divided by borders leading to conflicts a lot of the time, but the call of the climate crisis demands that it works together or face destruction. One such climate crisis is the changing face of the Himalayas.

Speaking at The Open Forum webinar on  Dec 9 on the topic "Melting of Himalayan Glacier: is it a global crisis at tipping point?’ Dr. Martin A. Mills, Director, Scottish Centre for Himalayan Research, said "we have missed the boat on this one.”

The other speaker at the webinar, Joydeep Gupta, South Asia Director of The Third Pole added that "the Himalayas are warming faster than the global average.” He is of the opinion that this process is “irreversible.” 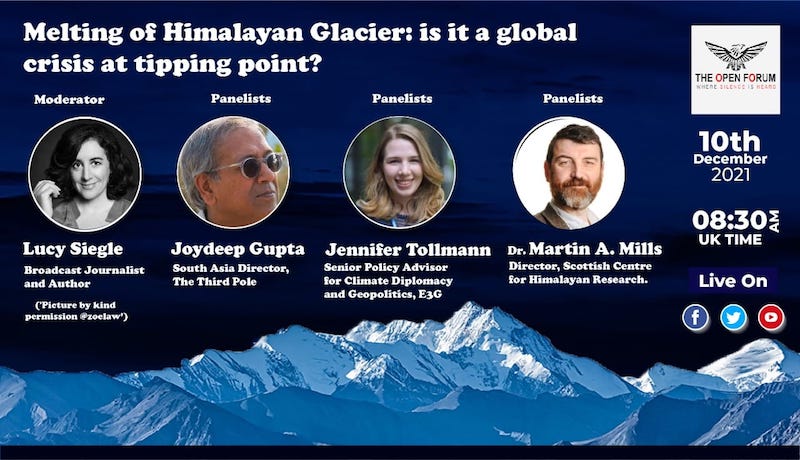 Mr. Gupta added that “once these glaciers have lost enough ice, all scientists tell us, that we will start seeing water shortage…quarter of the world’s population is dependent on these waters, so it matters.”

Consisting of the largest concentration of frozen water on Earth after the North and South Pole, The Himalayas are also known as The Third Pole.

The Himalayan glaciers have lost a quarter of their ICE in the last four decades. Rise in temperatures are melting glaciers and pollution is making it worse.

The Himalayas and the Tibetan Plateau are a vital source of water to approximately 2 billion people apart from livelihood to millions living in the region. Flash floods in the Uttarakhand region of India in February 2021 to the increased flooding of the Brahmaputra, are extreme events that seem to be coming faster every year.

Not only India but the situation impacts people of Pakistan, China including Tibet, Nepal, Bhutan Afghanistan, Bangladesh and eventually the world.

Calling the situation with the Himalayas, “profoundly depressing,” Dr. Mills, whose centre published in January 2021 a report that examined the works of 900 scientists over two years, believes that there is not much that can be done in our lifetimes or that of our children but if action is taken in time our great-grandchildren might reap the benefits. 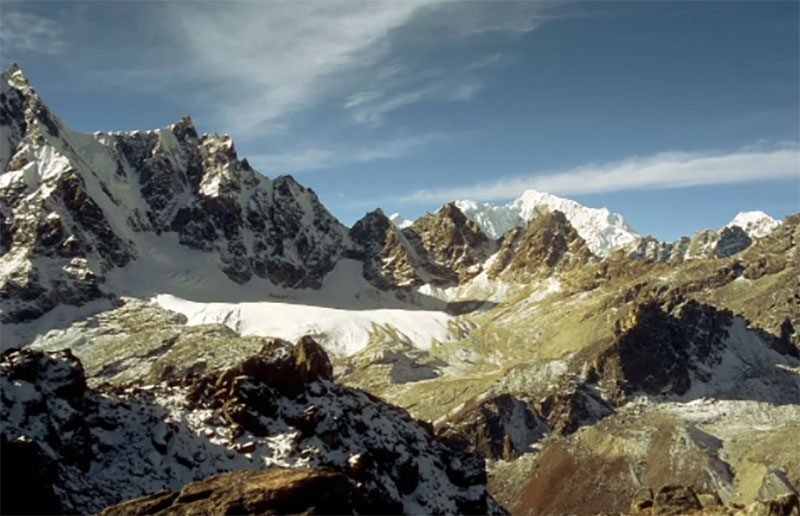 Attempting to bring some hope along with need for urgent action the third panellist on the webinar Jennifer Tollmann, Senior Policy Advisor for Climate Diplomacy and Geopolitics, E3G, said “we might have passed the tipping point, but we don’t want to add many other tipping points.”

Accepting the complications that geo-political positions and conflicts that the region brings, Jennifer suggested: “In the same way that we have an Arctic Council we need a Himalayan Council at National Security level where these countries have to deal with the fact that they have very different interest and all these interests are at risk with this tipping being breached and how are they going to co-operate on that.”

It is of course easier said than done, especially in a region that is fraught with geo-political tensions between the likes of Pakistan, India and China.

A video question sent by DenchePalmo from Tibet Policy raised the concern that when the human rights abuses in Tibetan, Xinjiang and Hong-Kong is not acknowledged by China then, “how can climate activists from Tibet make their voice heard?”

Tibet is a region that is gravely affected by this crisis.

Tollmannthus suggested that to handle the complex climate crisis of such a conflict-stricken region, national security advisors of the countries should get involved.

Climate diplomacy has a crucial role to play. Owing to such a contentious situation scientists are unable to acquire exact satellite images of the region. In the absence of such information, planning, mitigation and adaptation policies becomes a far bigger challenge than it should be.

The Third Pole has half the world’s population sitting at their doorsteps. To address the crisis of a region as a whole which is “undergoing a complete ecosystem shift,” requires collective effort.

Even if the faster melting of the Himalayan glaciers cannot be reversed at least one can endeavour to stop making it worse.

The webinar was moderated by Lucy Siegel, an eminent broadcast journalist and author who specialises in environment and nature.