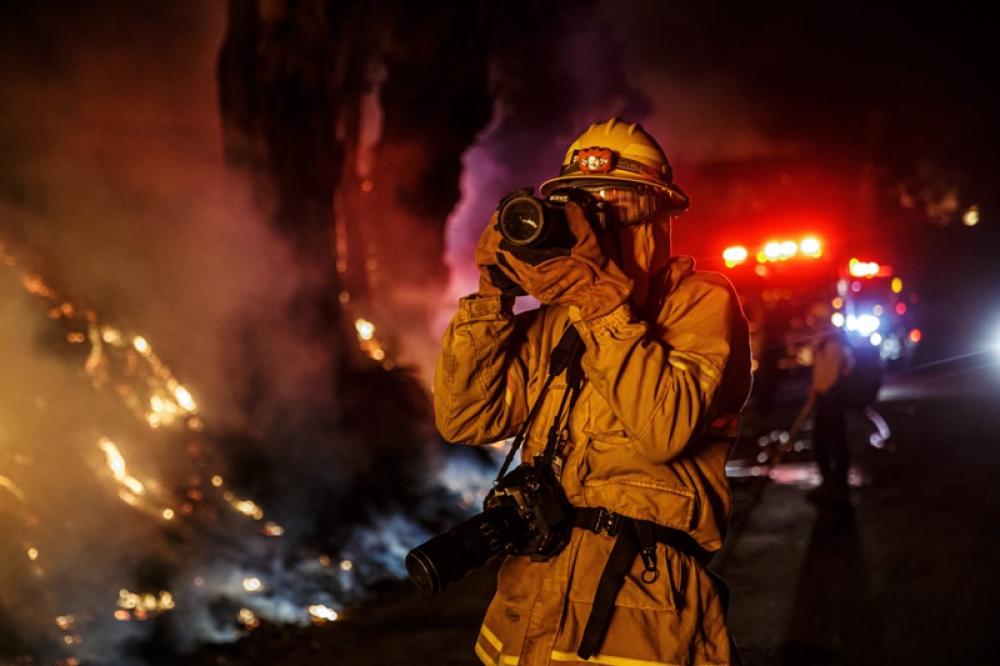 New York (JEN): California-based photographer Josh Edelson, a contributor with the AFP since 2012, is one of the two photo category winners of the inaugural Covering Climate Now Journalism awards.

Josh Edelson won the prize for his coverage for AFP of the massive wildfires that ravaged large areas of northern California last summer.

Honored to have won the photography category for the Covering Climate Now Award! The purpose of this contest is to inspire more climate-related journalism in our changing world. https://t.co/S8fJ7UJbwO

Reacting on the matter, AFP's Global News Director Phil Chetwynd said, “This prize is a tribute to Josh Edelson’s exceptional work. Through his spectacular images he showed the extraordinary power of these forest fires that left people shattered and in unspeakable despair”.

"The prize is also a recognition of AFP’s commitment to making coverage of the global climate emergency an editorial priority," Phil Chetwynd added.

Bangladesh-based photographer Zakir Hossain Chowdhury, the co-winner of the Covering Climate Now photography prize, has bagged the award for his work for The New Humanitarian— a series of photographs combined stunning portraits of people confronting rising sea levels with photos capturing desperate efforts to hold back water, and aerial images that powerfully documented a community’s climate vulnerability.

The prizes will be awarded each year by the Covering Climate Now coalition, which comprises 450 media organisations across the globe.