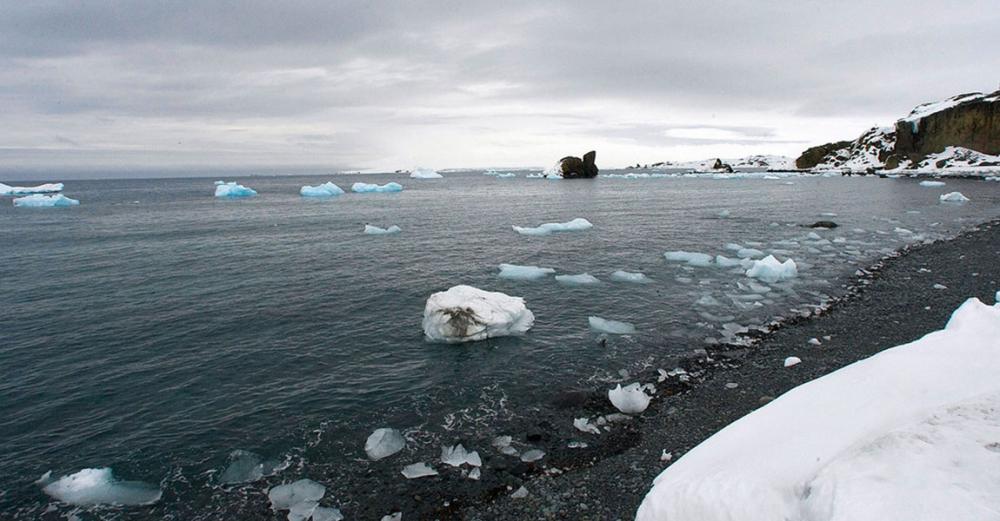 New York  : Fresh fears of accelerating damage to the planet’s ice sheets and sea level rise have been fuelled by confirmation from the UN’s weather agency that the Antarctic likely saw a new temperature record of more than 18°C on Thursday.

Speaking to journalists in Geneva, spokesperson Clare Nullis from the World Meteorological Organization (WMO), said that the record reading taken in the north of the continent, would be considered unusual, even during the current warmer summer months.

“The Argentine research base, which is called Esperanza, it’s on the northern tip of the Antarctic peninsula; it set a new record temperature yesterday: 18.3°C, which is not a figure you would normally associate with Antarctica even in summertime. This beat the former record of 17.5°C, which was set back in 2015.”

Experts at WMO will now verify whether the temperature extreme is a new record for the Antarctic continent, which is defined as the main continental landmass.

It should not be confused with the Antarctic region, which is everywhere south of 60 degrees latitude, and where a record temperature of 19.8C was recorded on Signy Island in January 1982.

The WMO experts are expected to examine the meteorological conditions surrounding the event, particularly whether it is associated with a weather phenomenon known as "foehn".

A common feature of life in Alpine regions, episodes of foehn often involve high winds at altitude and the rapid warming of air as it heads down slopes or peaks, driven by significant air pressure differences.

“It’s among the fastest-warming regions of the planet”, Ms. Nullis said of the Antarctic. “We hear a lot about the Arctic, but this particular part of the Antarctic peninsula is warming very quickly.  Over the past 50 years it’s warmed almost 3°C.”

Amid steadily warming temperatures, Ms. Nullis also noted that the amount of ice lost annually from the Antarctic ice sheet “increased at least six-fold between 1979 and 2017”.

Most of this ice loss happens when ice shelves melt from below, as they come into contact with relatively warm ocean water, she explained.

Melting is especially marked in west Antarctica, according to WMO, and to a lesser extent along the peninsula and in east Antarctica.

Turning to glacier melt, Ms. Nullis warned that around “87 per cent of glaciers along the west coast of the Antarctic Peninsula have retreated in the last 50 years, with most of these showing an accelerated retreat in the last 12 years”.

Concern is particularly high over the main glacier tributaries to the West Antarctic Ice Sheet, in particular the Pine Island glacier, where two large rifts that were first spotted in early 2019 have each grown to some 20 kilometres long.

“There’s quite a lot of conversation on Twitter at the moment; the satellite image showing cracks in the Pine Island glacier in Antarctica”, said Ms. Nullis. “They’ve been growing rapidly over the past few days. The European Union has a satellite called Sentinel that’s been measuring and monitoring these, and there are pretty dramatic images.”

Roughly twice the size of Australia, the Antarctic is cold, windy and dry. The average annual temperature ranges from about minus 10C on the Antarctic coast to minus 60C at the highest points of the interior.

Its immense ice sheet is up to 4.8 kilometres thick and contains 90 per cent of the world’s fresh water, enough to raise sea level by around 60 metres, were it all to melt.

Millions at risk from ice melt

In a key report last September from the highly respected UN Intergovernmental Panel on Climate Change (IPCC), researchers warned that hundreds of millions of people are at risk from melting ice in the planet’s polar regions, linked to sea level rise.