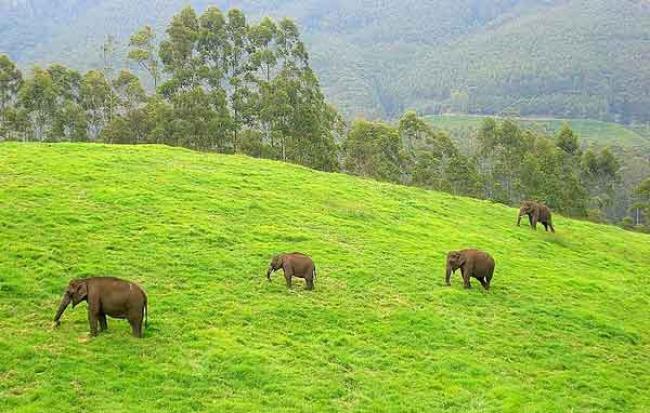 Jalpaiguri, West Bengal, Sept 14 (JEN) It was close shave for two men who were attacked by an elephant in West Bengal's Jalpaiguri district after they tried to sneak past it on their motorcyle.

Media reports said the incident happened near Gorumara forest sanctuary around 4 pm on Sunday when the elephant had stepped out of the forest onto National Highway 31 and barred the way for vehicles. As people waited patiently for the jumbo to return to the forest, two men on a motorcycle tried to sneak past it. The pachyderm, disturbed by the roar of the bike, attacked the men. While one managed to escape, the other got stuck under the motorcycle. To the horror of others the elephant started trampling the bike, but he somehow managed to wriggle out from under the bike and fled. Forest authorities later burst firecrackers and managed to scare the elephant away into the forest.  The motorcyclists suffered minor injuries