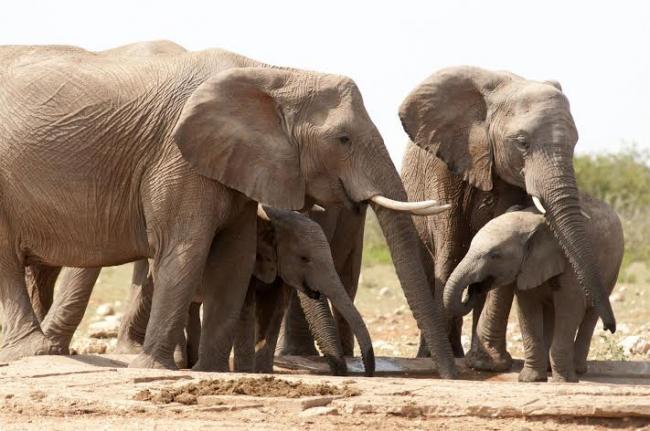 New York, Jul 31 (JEN): Recognizing that wild animals and plants are an “irreplaceable part of the natural systems of the Earth,” the United Nations General Assembly on Thursday urged its Member States to take decisive steps to prevent, combat and eradicate the illegal trade in wildlife, “on both the supply and demand sides.”

Through the new resolution, the Assembly expressed serious concern over the steady rise in the level of rhino poaching and the alarmingly high levels of killings of elephants in Africa, which threaten those species with local extinction and, in some cases, with global extinction. “Illegal wildlife trafficking not only threatens species and ecosystems; it affects the livelihoods of local communities and diminishes touristic attractions. It compromises efforts towards poverty eradication and the achievement of sustainable development,” said the President of the 69th session of the Assembly, in remarks read by Vice-President Denis G. Antoine. Adopting a consensus text resolution, the 193-Member body encouraged Governments to adopt effective measures to prevent and counter the serious problem of crimes such as illicit trafficking in wildlife and wildlife products, including flora and fauna and poaching. The resolution suggests “strengthening the legislation necessary for the prevention, investigation and prosecution of such illegal trade, as well as strengthening enforcement and criminal justice responses, acknowledging that the International Consortium on Combating Wildlife Crime can provide valuable technical assistance in this regard.” The General Assembly also calls upon Member States to make illicit trafficking in protected species of wild fauna and flora involving organized criminal groups a “serious crime.” Member States are equally encouraged to harmonize their judicial, legal and administrative regulations to support the exchange of evidence, as well as to establish “national-level inter-agency wildlife crime task forces.” “The adoption of this resolution today and its effective implementation will be crucial in our collective efforts to combat illicit trafficking in wildlife worldwide,” adds the President’s statement. Photo: UNEP GRID Arendal/Peter Prokosch