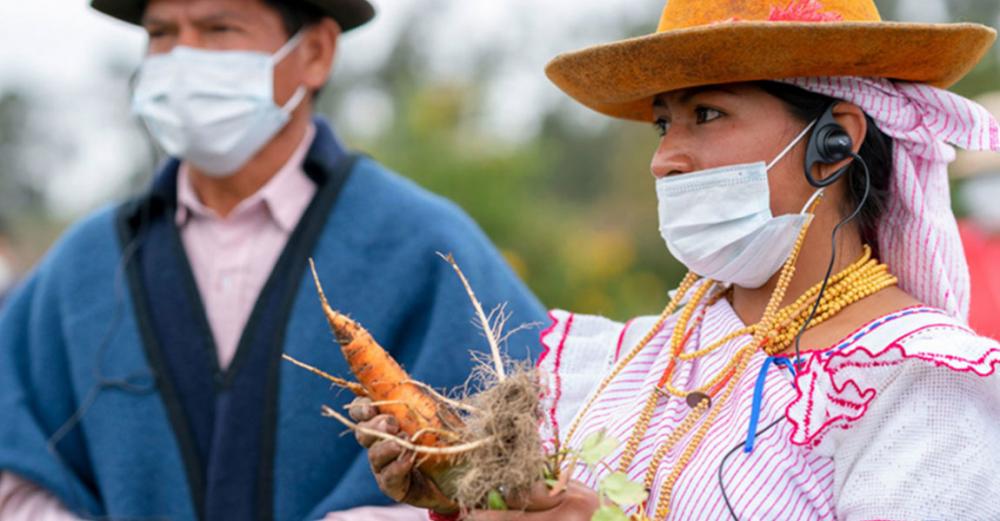 New York: The UN Deputy Secretary-General has reminded Finance Ministers from across the world of their duty to help countries emerge from the social and economic chaos brought on by the COVID-19 pandemic.

Amina Mohammed addressed ministers from UN Member States, and representatives from international institutions, during a virtual meeting on Tuesday to solidify a “menu” of policy options for post-pandemic recovery and beyond, which will be presented to world leaders later this month.

Although the crisis has affected everyone, Ms. Mohammed said the consequences will be worse for the world’s most vulnerable citizens.

Moreover, “some 1.6 billion learners have had their studies disrupted and may never return to school,” she continued, adding “finding immediate and lasting solutions is our responsibility”.

The meeting on Financing for Development in the Era of COVID-19 and Beyond was the initiative of the UN Secretary-General and the Prime Ministers of Jamaica and Canada, launched in May.

The aim is to present what the organizers described as “a single ambitious menu of policy options” to address recovery in the short term, but also to mobilize the resources needed to achieve the Sustainable Development Goals (SDGs) by 2030, and to create a resilient global financial system over the long term.

As Chrystia Freeland, Canada’s Deputy Prime Minister and Minister for Finance, pointed out, “this crisis has hit women and young people particularly hard and our response must take that into account”.

Over the past three months, ministers formed six discussion groups to address issues critical for economic survival and recovery, with the imperative of building back better.

The challenge is immense.  Globally, there have been more than 27 million cases of COVID-19, and nearly 892,000 deaths, according to the World Health Organization (WHO).

The UN further estimates that the world’s gross domestic product will suffer a nearly five per cent drop this year, while foreign direct investment and remittances are set to decrease byâ€¯40 per cent andâ€¯20 per cent, respectively.

“With lockdown measures continuing, borders closed, debt skyrocketing and fiscal resources plunging, the pandemic is pushing us towards the worst recession in decades, possibly even a depression, with terrible consequences for the most vulnerable”, said Ms. Mohammed.

The head of the International Monetary Fund (IMF) reported that although some advanced economies are doing “somewhat less bad” at the moment  due to strong policy response by their finance authorities and Central Banks, most emerging markets are still in trouble, including those which rely on tourism revenues or that have high debt levels.

IMF Managing Director Kristalina Georgieva emphasized the need for greater social investment as an important lesson from the pandemic.

“We need to recognize that this crisis is telling us we have to build resilience for the future by investing in education and digital capacity everywhere, in human capital, the health systems, the social protection systems in countries, by making sure that the other crises in front of us, like the climate crisis, are well-integrated”, she said. “And last, but technically not least, by preventing inequalities and poverty raising their ugly heads again”.

The discussions sought to further refine policy that will be presented to Heads of State and Government at a UN meeting on 29 September.

For Nigel Clarke, Jamaica’s Minister of Finance and the Public Service, the event was an opportunity to “act with dispatch" and  "to scale up measures that have already been implemented".

Noting that “the world is yet to show the unity and solidarity required for a global response to a crisis unparalleled in recent history,” Ms. Mohammed urged Finance Ministers to take action amid the current uncertainties.

“I hope you will join us in seizing this initiative to consolidate a menu of options to support your work for the immediate economic relief people need, a people’s vaccine for COVID-19, and to tackle the deep injustices, inequalities and governance challenges while we stand ready together to rethink a global financial system that works for these unprecedented times”, she said.