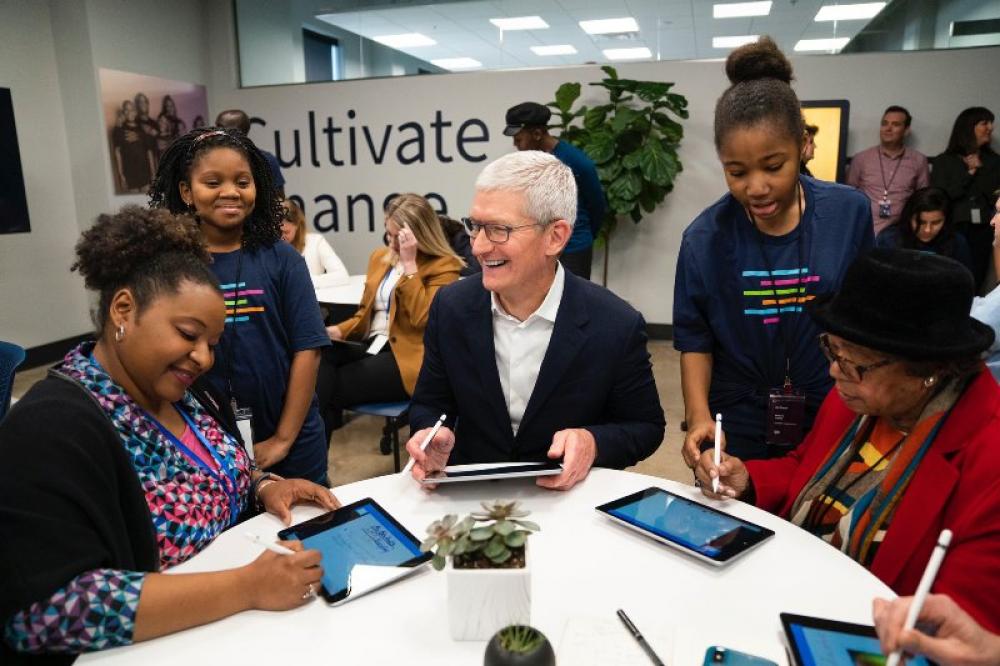 A new billionaire, Cook joined the elite clubs for CEOs who did not found the companies they run. Photo: twitter.com/tim_cook

California: The Chief Executive Officer of Apple, Tim Cook, has joined the billionaires club after the company's market value neared the USD 2 trillion mark, according to reports.

Apple's share price rose by five percent in the first week of August, according to a Bloomberg report, taking Cook's total net worth over USD 1 billion and placing him in the elite club.

Cook became the Chief Executive in 2011 after co-founder Steve Jobs stepped down.

Jobs' hard work left the company with a net worth of USD 350 billion, which has since grown multiple times.

"He got a massive award of restricted shares on his first day as CEO. The equity has paid out in annual increments, with part of them contingent on Apple’s stock outperforming at least two-thirds of firms in the S&P 500. Barring a sudden drop in Apple’s stock price, Cook is poised to receive his ninth payout from the award, consisting of 560,000 shares, later this month," the Bloomberg report said.

"Around half of those will likely be withheld for taxes but the remainder should boost Cook’s fortune by another $100 million. He currently owns 847,969 shares directly, or about 0.02% of Apple shares, worth around $375 million. Proceeds from previous share sales, dividends and other compensation add another $650 million to his net worth, according to calculations by Bloomberg. Apple stock rose 1.4% to $450.79 at 2:07 p.m. on Monday," it added.

Cook, however, is not the only tech businessman who made huge gains in recent times.