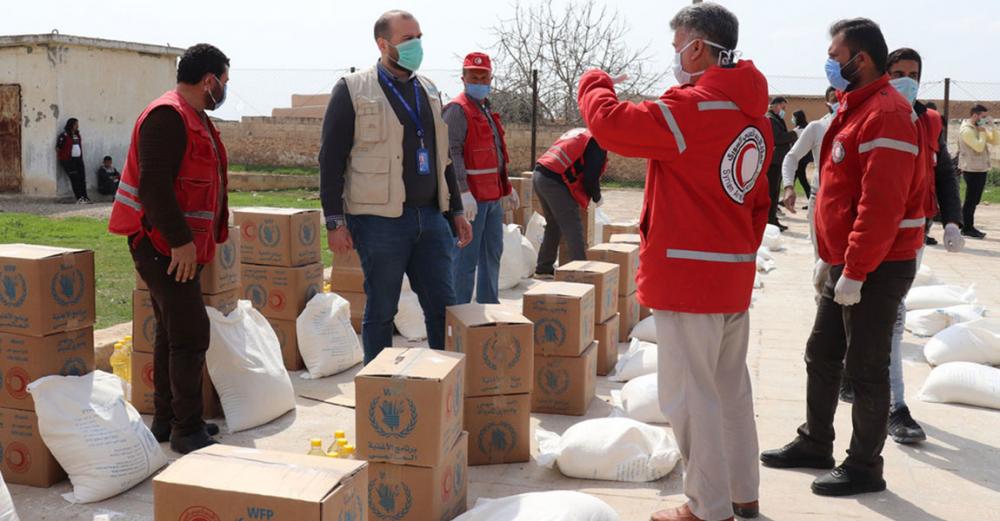 New York  : The unfolding COVID-19 pandemic is so far having little impact on the global food supply chain, but that could change for the worse – and soon – if anxiety-driven panic by major food importers takes hold, the World Food Programme (WFP) warned on Friday.

In a new report, “COVID-19: Potential impact on the world’s poorest people: A WFP analysis of the economic and food security implications of the pandemic”, the UN agency said that global markets for basic cereals are well-supplied and prices generally low.

However, it said, given the highly globalized nature of food production and supply, commodities need to move from the world’s ‘breadbaskets’ to where they are consumed – and COVID-19-related containment measures are starting to make this more challenging.

“Disruptions are so far minimal; food supply is adequate, and markets are relatively stable,” said WFP Senior Spokesperson, Elizabeth Byrs, noting that global cereal stocks are at comfortable levels and the outlook for wheat and other staple crops is positive for the rest of this year.

“But we may soon expect to see disruptions in food supply chains”, she said, explaining that if big importers lose confidence in the reliable flow of basic food commodities, panic buying could ensue, driving prices up.

Elaborating, a seasoned grain market analyst at the Food and Agriculture Organization (FAO), quoted anonymously in the report, said the problem is not supply, but “a behavioral change over food security”.

“What if bulk buyers think they can’t get wheat or rice shipments in May or June?  That is what could lead to a global food supply crisis,” the analyst said.

For low-income countries, the consequences could be devastating, with long-term repercussions, with coping strategies coming at the expense of such essential services as health and education.

It recalled that when a food price crisis struck in 2008, the world’s poorest households – which typically spend the largest share of income on food – suffered disproportionately.

Using the economic pillar of the Proteus food security index - and taking into account dependency on primary commodities such as fuel, ores and metals for export earnings - the report said that countries in Africa and the Middle East are most vulnerable.

Africa accounts for the majority of the almost 212 million people in the world who are chronically food insecure and the 95 million who live amidst acute food insecurity, the report noted.

Ms. Byrs added that labour shortages could disrupt the production and processing of labour-intensive crops in particularly, especially in vulnerable countries in sub-Saharan Africa.


Going forward, the WFP report said that it is essential to monitor food prices and markets, and to transparently disseminate information – thus helping to strengthen government policies while also averting public panic, and social unrest.Other potential sources of disruption include blockages along transport routes – a particular concern for fresh produce – and quarantine measures that could impede farmers’ access to markets, he explained.

It added that in places where food insecurity is caused by restricted access, rather than lack of availability, cash-based transfers – which can often be made through contactless solutions - should be considered as a standard response.

WFP/Khudr Alissa
The World Food Programme is working with partner organization the Syrian Arab Red Crescent to distribute food to the most vulnerable people in Deir Hafer near Aleppo, and to ensure they are aware of COVID-19.