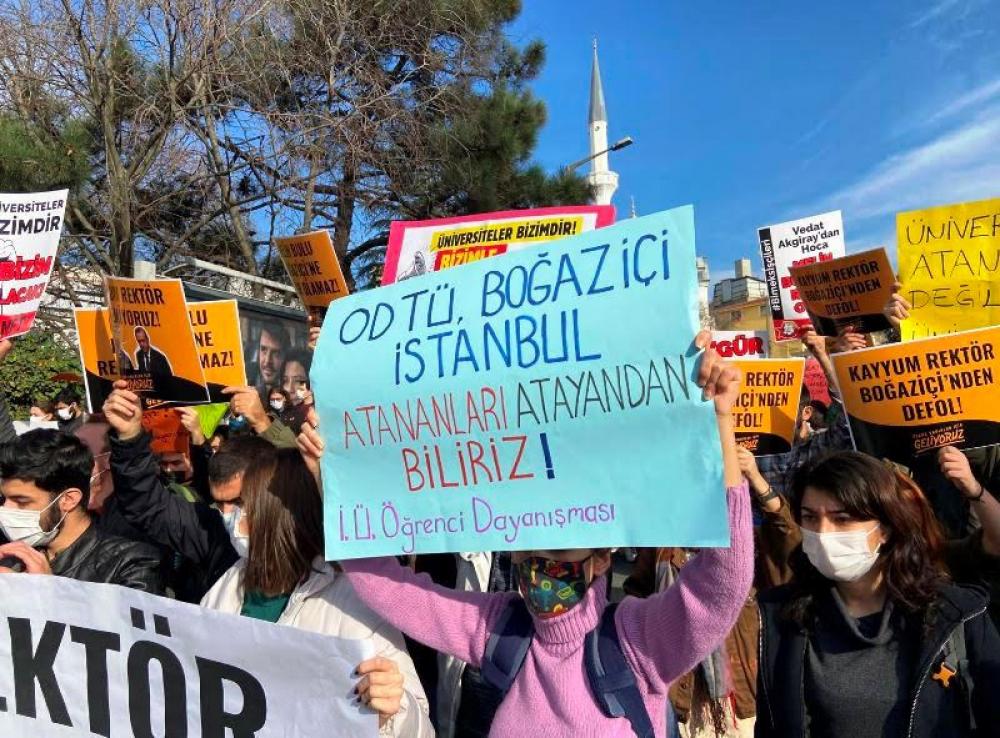 The Turkish President had appointed Professor Melih Bulu, an academic from outside the university's academic community, as the Rector on January 1 in 2021.

After months of protests, Erdogan replaced Melih Bulu with Professor Naci Inci, who previously headed the university's physics department and was a deputy rector during Bulu's term in the office.

The Bogazici academics have been holding a protest by turning their backs to the rector's office. 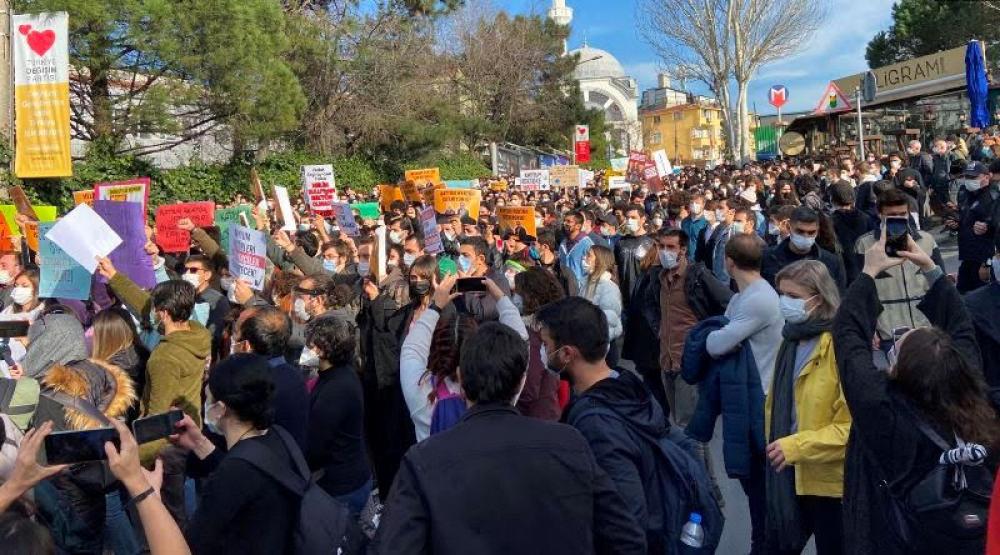 Releasing a statement on Monday (Jan 3), the protesting academics said it is the 130th day of the appointment of Prof. Naci Inci as the rector in a "non-transparent" way and by "disregarding the will of the university".

The academics noted that 95 percent of the institute's academic community was against Professor Inci's candidacy for the rector post.

On social media people posted under the "Bogazici has been resisting for one year" (#Bogazici1YildirDireniyor) hashtag. 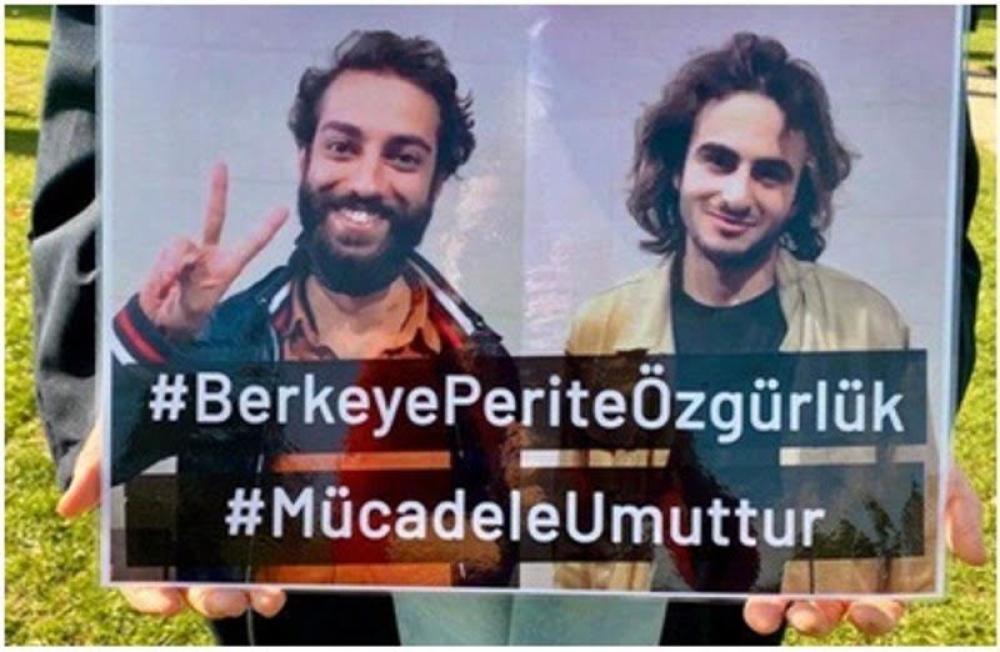 Four Members of the European Parliament (MEP) on Monday released a statement in response to an urgent call by the Human Rights Foundation of Turkey (TIHV/HRFT).

The MEPs said that there were arbitrary repressions of the state security forces against the students of Bogazici University in Istanbul, and the European public must not accept this aggression and arbitrariness of state officials and the security forces under their command.

It is also incomprehensible why the university is denied the right to democratically choose the rector of their own university, as they have always done at this university, the MEPs said. 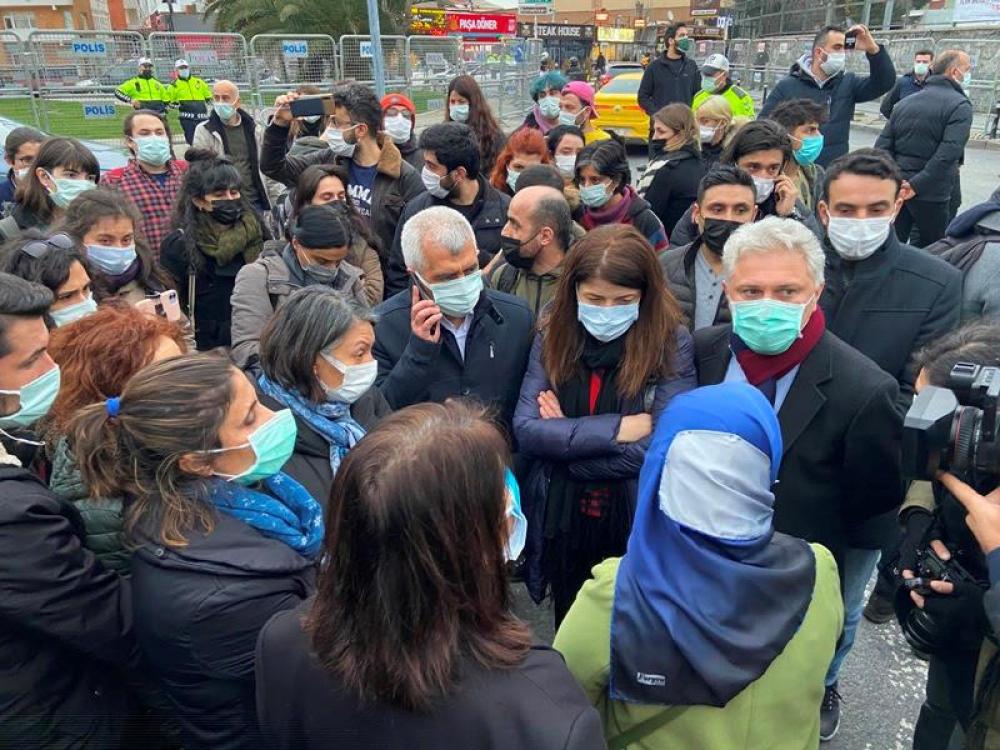 MEPs in their statement said that the latest victims of this arbitrary and anti-democratic policy were Ersin Berke Gok and Perit Ozen. They have been in detention for 70 days, 50 days of which have been spent in solitary confinement.

They were not allowed to access their school exam papers and necessary medicine. On October 26 last year, they were transferred from Metris Prison to Silivri Prison. Following their transfer, letters written by their relatives have not been given to them.

They face now and even earlier than the October 5 violence from authorities during peaceful protests at Bogazici University. 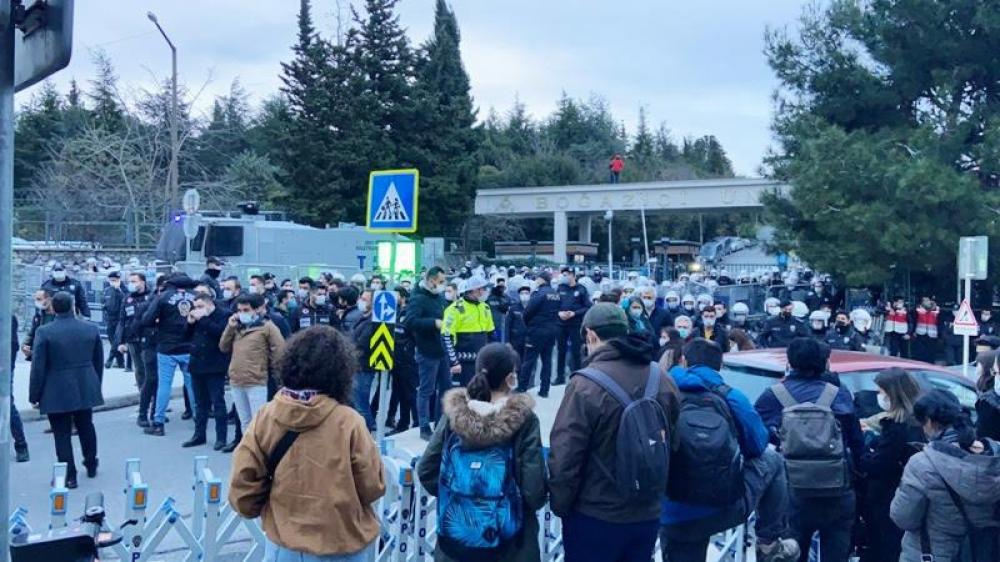 Professor Melih Bulu was appointed as the President of Bogazici University in a Presidential Decree published in the Official Gazette on January 01 in 2021.

The appointment of Bulu sparked harsh criticisms among both the students and academics of the university as well as in the academic community.

Appointed to Bogazici, one of the most prestigious universities in Turkey, from outside its community, Bulu was a candidate for nomination to run in the Parliamentary elections in 2015 for the ruling Justice and Development Party (AKP), which is chaired by President Recep Tayyip Erdogan.

The students and several students' clubs of the university campaigned on social media on Sunday (Jan 2) under the hashtag #kayyÄ±mrektoristemiyoruz (‘We don't want a trustee-rector’). The call of the students was also supported by the faculty members of the university, who released a joint statement on Jan 3.

The students protested the appointment of Bulu in front of the South Campus of the university in Istanbul on Tuesday (Jan 4).

However, the police intervened into the protest with pepper gas and plastic bullets. The protests of students and faculty members at the South Campus of Bogazici University have been going on since Tuesday, January 4. 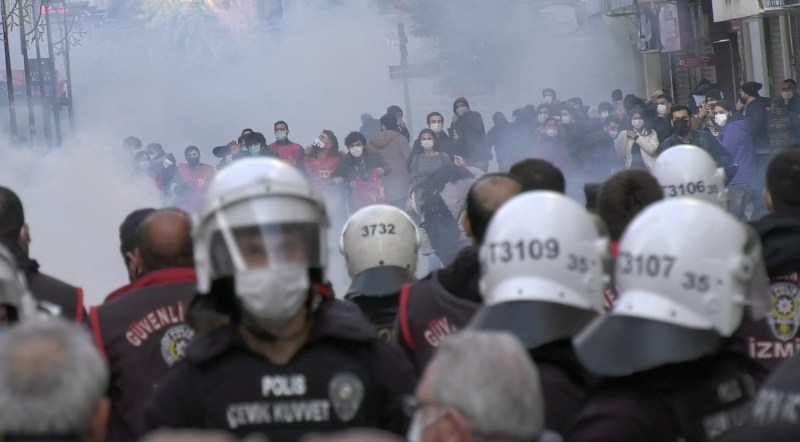