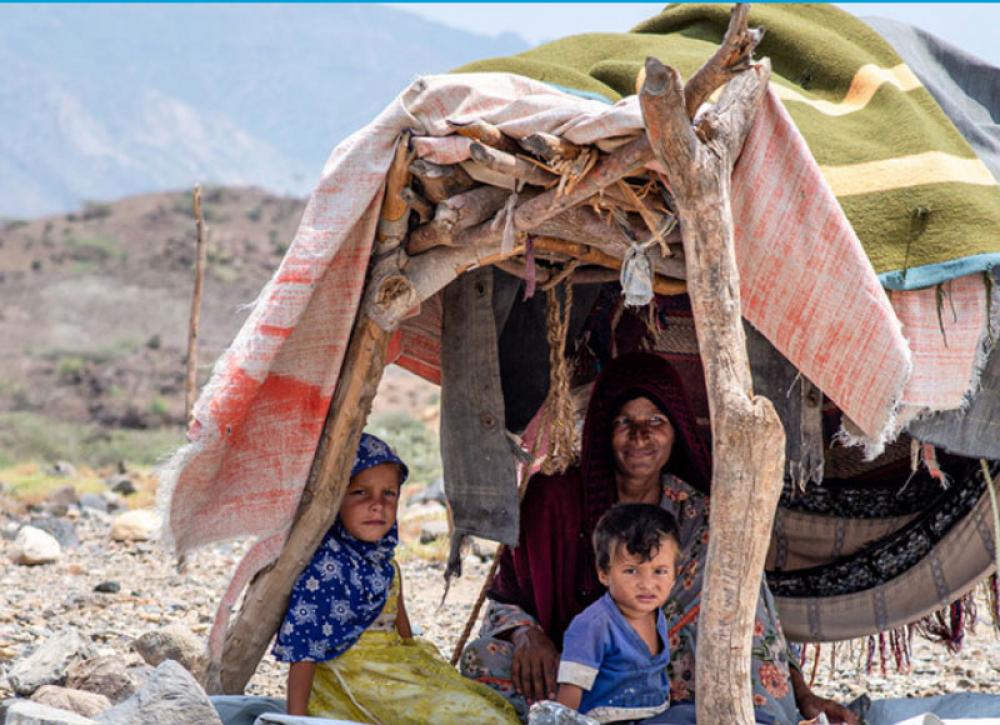 New York: Humanitarian assistance has been ramped up on Yemen's west coast where ongoing violence has increased the needs of communities displaced by years of conflict, the International Organization for Migration (IOM) said on Wednesday.

The response has primarily been focused on the two governorates of Ta’iz and Hudaydah, where active frontlines continue to cause instability and force families to flee.

According to IOM, since 2017, when mass displacement in the area began, tens of thousands of people have struggled to survive in hard-to-reach areas where public services and humanitarian assistance are extremely limited.

Aziza, a mother in the Khoka district who was displaced four years ago said she feels profoundly unsafe from bullets regularly flying overhead. “There are seven families living in my small shelter. We can’t afford medical care or school costs. We need peace and we need to go back home,” she said.

More than 17,000 displaced families are now living in more than 140 displacement sites, while ongoing fighting continues, IOM said. Most recently, clashes in eastern Al Tuhayta district have displaced more than 200 families, to safer areas in the west.

As one of the few international humanitarian organizations operating in the area, IOM has implemented lifesaving interventions in 13 displacement sites, including providing shelter, clean water, latrines, cash and essential relief items to thousands of families in need.

The Organization is now calling for more help to fund its operation in Yemen. “We urge donors and other partners to commit more significant investments to ease the levels of desperation facing too many people on the west coast,” Christa Rottensteiner, IOM Yemen Chief of Mission said.

The agency noted that the Government of Canada has been instrumental in the scale-up of the humanitarian response. For more information on the plans and funding requirements to aid millions in need, you can visit IOM’s Global Crisis Response Platform.