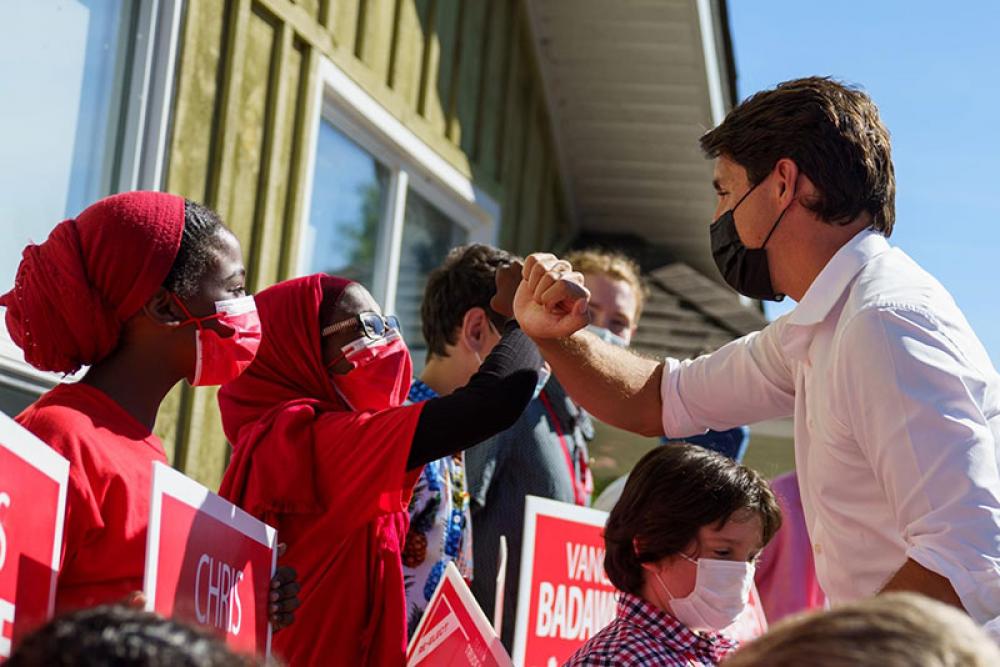 Ottawa: Canadian Prime Minister Justin Trudeau will continue to remain in power as his Liberal Party has won the snap poll in the country but fell short of the majority mark in an almost repeat of the 2019 poll results.

The Liberals are reportedly leading or winning in 156 of 338 seats in the House of Commons, 14 less than the majority mark.

The Conservative Party, which had bagged 121 seats in 2019, increased its tally by two in the 2021 snap poll which was called by Trudeau.

The fate of Canadians as well as Trudeau, who wanted to turn his minority government into a majority one through the snap poll, remained the same as the Prime Minister will have to get support from others to remain in power.

Thanking the voters, Trudeau tweeted, "Thank you, Canada — for casting your vote, for putting your trust in the Liberal team, for choosing a brighter future. We're going to finish the fight against COVID. And we're going to move Canada forward. For everyone."

"I spoke to Mr Trudeau, I congratulated him on a hard-won campaign,” O’Toole said in a concession speech at the party's election night headquarters in Oshawa, Ontario.