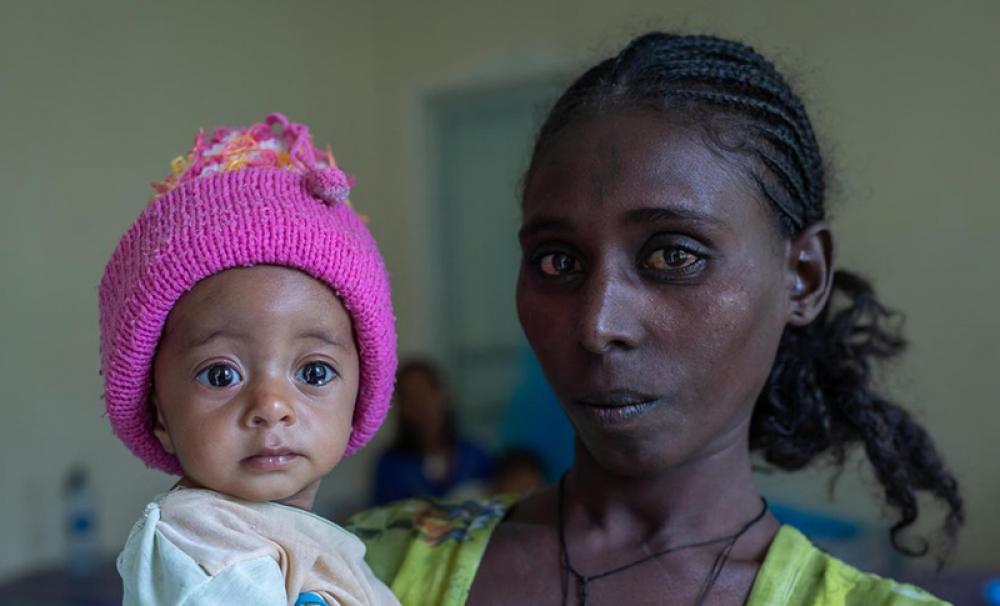 New York: Senior UN officials appealed on Friday for immediate and unrestricted humanitarian access to Tigray – and for an end to deadly attacks on aid workers - as the Security Council held its first open meeting on the conflict in the restive northern Ethiopian region.

Painting a grim picture, Ramesh Rajasingham, Acting Under-Secretary-General for Humanitarian Affairs and Emergency Relief Coordinator, said that 400,000 people have “crossed the threshold into famine” – with another 1.8 million on the brink of following them.

Some 1.7 million people have been displaced by fighting between Ethiopian troops and the Tigray Defence Force, with 60,000 refugees crossing the border into neighbouring Sudan, added Rosemary DiCarlo, Under-Secretary-General for Political and Peacebuilding Affairs.

And more than 1,200 incidents of serious sexual and gender-based violence have been reported – a number that is likely just a fraction of the actual number of cases in a conflict that is impacting women and children especially hard.

“The lives of many of these people (in Tigray) depend on our ability to reach them with food, medicine, nutrition supplies and other humanitarian assistance,” the acting relief chief told the 15-member Council.

“And we need to reach them now. Not next week. Now,” he added as he called for timely, unimpeded, safe and sustained humanitarian access – which, by international humanitarian law, must be guaranteed by all combatants.

It was the Council’s first public meeting on Tigray since the crisis erupted eight months ago, although it previously held a half-dozen briefings and discussions behind closed doors.

It came four days after Ethiopia announced a unilateral humanitarian ceasefire – one which the Tigray Defence Force, which now controls the Tigrayan capital Mekelle, and other cities and towns, has yet to agree to.

“All groups must stop fighting to allow humanitarian aid to get through unimpeded and to protect civilians…It is essential that we act fast and without any further obstruction,” Mr. Rajasingham said.

Both officials strongly condemned targeted attacks which have taken the lives of at least 12 humanitarian workers, including three from Médecins Sans Frontières staffers, just last week.