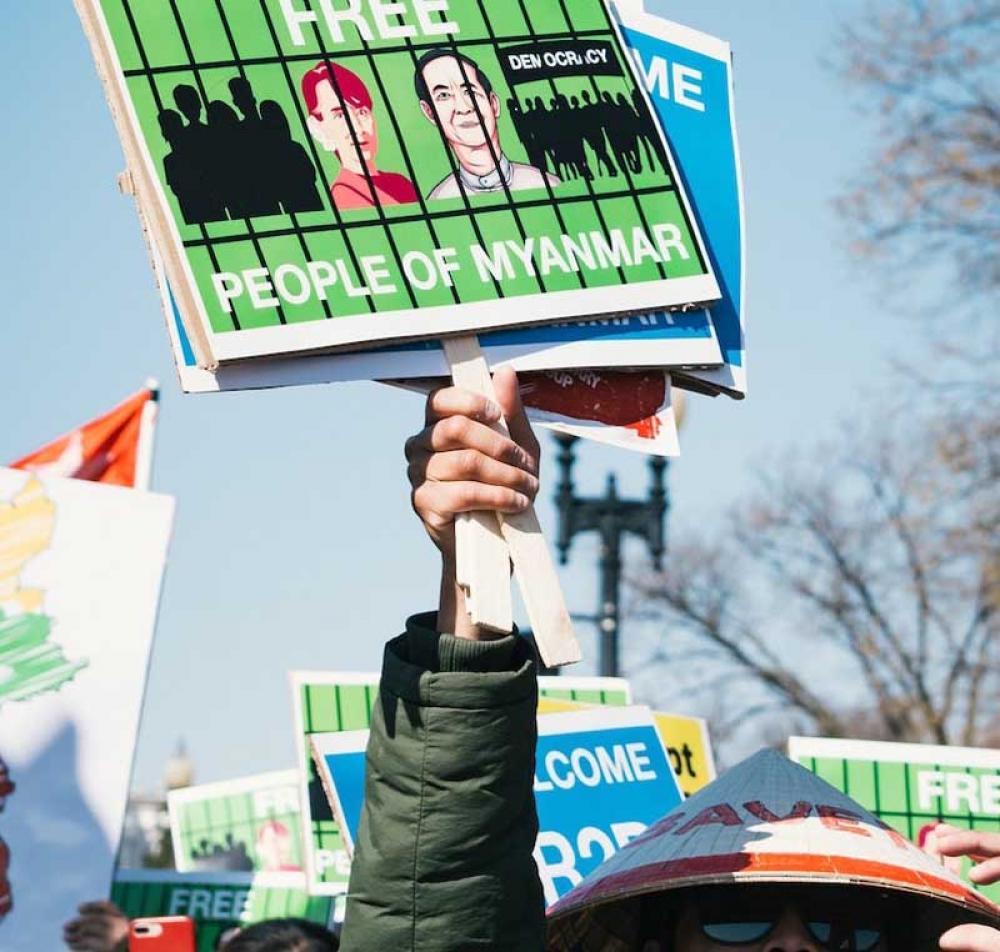 India on Friday abstained from voting on the United Nations General Assembly's (UNGA's) resolution for an arms embargo against Myanmar, saying it did not correspond to its views.

The UN's resolution indicated extensive global opposition to the Myanmar military and demanded that the country gets back on the path of democratic transition.

"The fact that there is lack of support from all neighbouring countries, as well as several countries in the region itself, should, hopefully, serve as an eye-opener to those who choose to pursue a hasty course of action," India's ambassador to the United Nations TS Tirumurti said.

India does not believe that the tabling of this resolution for adoption at this juncture, is "conducive to aiding our joint efforts towards strengthening the democratic process in Myanmar", he added.

Explanation of India's vote by @AmbTSTirumurti at the adoption of #UNGA resolution on Myanmar ðŸ‡²ðŸ‡²@MeaIndia pic.twitter.com/iwr3yV1A2r

On Friday, the 47-member Geneva forum unanimously passed a resolution brought by Britain and the European Union (EU) without a vote.

Afterwards, Russia and China said they "disassociated" themselves from the consensus.

The UN's resolution called "upon the Myanmar armed forces to respect the people's will as freely expressed by results of the general election of November 8, 2020, to end the state of emergency, to respect all human rights of people of Myanmar and to allow the sustained democratic transition of Myanmar, including the opening of the democratically elected parliament, and by working towards bringing all national institutions, including the armed forces, under a fully inclusive civilian government that is representative of the people's will."

Belarus called for a vote on the resolution in the 193-member UNGA but supporters of the resolution had hoped that it would be passed unanimously by consensus.

The resolution was finally passed with 119 countries voting 'yes', Belarus voting 'no' and 36 countries abstaining, including Myanmar’s neighbors China and India, along with Russia, according to the news agency AP.

Meanwhile, Tirumurti said India backs the ASEAN initiative on Myanmar and agrees with the 'Five-Point Consensus' that calls for immediate cessation of violence and dispatch of envoys.

"India welcomes ASEAN initiative on Myanmar and the ‘Five-Point Consensus’. Our diplomatic engagements will be aimed at strengthening these efforts. We call for upholding the rule of law and release of detained leaders," TS Tirumurti said.

The UN Security Council has also expressed strong support for ASEAN's strong and constructive role in facilitating a peaceful solution in support of the people of Myanmar, he said.

The Security Council has also called for an early visit of ASEAN's envoy, he added.

"India’s position on Myanmar's situation has been clear and consistent. We have expressed our deep concern about the developments in Myanmar. We strongly condemn the use of violence and urge maximum restraint," Tirumuti said.

He underscored that India will stand by Myanmar as it transitions to democracy.

"India will continue to engage with measures to accelerate and support the democratic transition in Myanmar so that the hopes and aspirations of the people of Myanmar are fully respected and met," he said.

He also underscored that India has the highest stake in resolving the issue of repatriation of displaced persons from the Rakhine state of Myanmar as it shares the longest border with Bangladesh and Myanmar.

We have continued to counsel our partners on the need for a balanced and constructive approach to this issue.

On February 1, following a coup in the army the elected leaders in Myanmar were overthrown on allegations that Aung Sang Suu Kyi's ruling party cheated in the November elections, which has been rejected by the election commission of the country and the international organisations that monitored the polls.