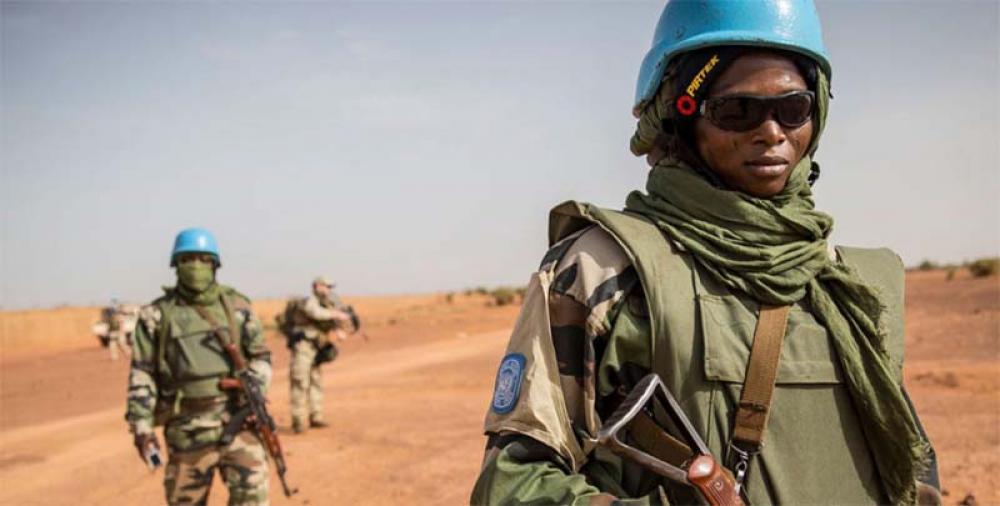 New York: The President of the UN General Assembly on Friday urged countries to “do better” in making COVID-19 vaccines available to everyone, everywhere, warning that “good intentions are no match for vaccines in arms.”

He commended recent developments on vaccine patent waivers which will help save lives, and lamented that low-income countries have so far received just 0.3 per cent of all doses.

“We can do better. We must do better”, Mr Bozkir told the online meeting.  “The COVID-19 pandemic is not a zero-sum game. Good intentions are no match for vaccines in arms.”

As the General Assembly President, Mr Bozkir was speaking on behalf of the UN’s 193 Member States. Earlier in his speech, he addressed the Council’s “special responsibility” in international peace and security.

For millions worldwide, the 15-member chamber “is the face and embodiment of the United Nations”, and its successes or failures are seen as the success or failure of the UN.

“On many occasions, the Council has been divided, and unable to rise to the challenge. For most of those cases, the reason for failure, is the differences between its members, in particular, its permanent members”, he said.

Mr Bozkir highlighted the need for reform, and a more representative, accountable and transparent Council, stating “I am conveying this, as the President of the most democratic organ of our system.”

The online debate was convened by China, which holds the rotating presidency of the Security Council this month.  State Councillor and Minister for Foreign Affairs, Wang Yi, emphasized the importance of global cooperation and dialogue.

“As the world goes through a raging pandemic and profound changes rarely seen in a century, we need to firmly commit to the path of cooperation, mutual benefit and win-win, and put real multilateralism into practice”, he said, speaking through an interpreter.

“The ongoing pandemic has also amplified the unadaptable side of the global governance system,” he added.

“The UN needs to keep pace with the times and should improve its efficiency, emergency response capability, and transparency of its work through reform. Earnestly increase the representation and voice of developing countries and make the global governance system more just and equitable.”

At a time of rising nationalism and repression, and deepening rivalries among nations, multilateralism remains “our best tool for tackling global challenges”, said Antony Blinken the United States Secretary of State.

He affirmed US commitment to work with all countries, even adversaries, to combat “big complex problems” such as the pandemic and climate change.

“At the same time, we will continue to push back forcefully when we see countries undermine the international order, pretend that the rules we’ve all agreed to don’t exist, or simply violate them at will”, he said.

“Because for the system to deliver, all countries must abide by it and put in the work for its success.”

Russian Foreign Minister Sergei Lavrov highlighted the UN as the backbone of the modern world order.

He called for countries to “unconditionally adhere” to the UN Charter when forming foreign policy, including respecting sovereignty and ensuring non-interference in internal affairs.

“This is particularly important at the current stage in the complex formation of a multi-polar system of international relations”, he said, speaking through an interpreter.

Mr. Lavrov also noted that more “narrow partnerships” are being created to discuss issues already on the UN agenda, such as security in cyberspace.

“If we are all actually saying that we are in favour of multilateralism, then let’s honestly together try to find ways to establish it justly without attempts to prove anyone’s primacy or to undermine anyone’s rights.”