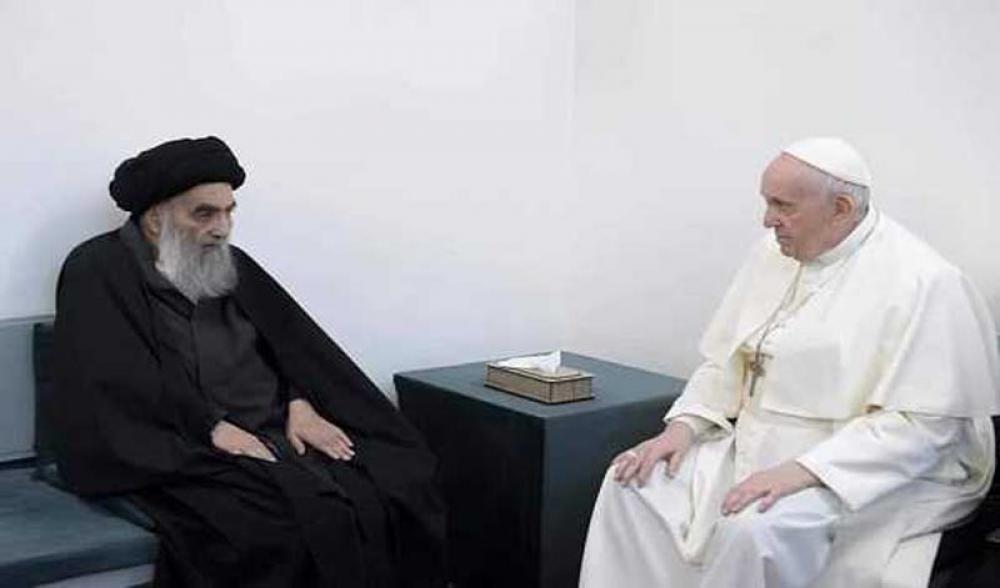 Like several communities in Iraq, Christians in the country have been victims of several waves of violence over the years.

The office of Grand Ayatollah Ali al-Sistani, the spiritual leader of Shia Muslims, said the talks with Pope Francis emphasised upon peace, the BBC reported.

The ayatollah received the Pope at his home in the holy city of Najaf, who is undertaking his first international trip since the start of the COVID pandemic - and has become the first ever papal to visit Iraq.

The 84-year-old Pope earlier told reporters that he had felt "duty bound" to make the "emblematic" journey, which will see him visit several sites over four days in Iraq.

Grand Ayatollah Sistani "affirmed his concern that Christian citizens should live like all Iraqis in peace and security, and enjoy their full constitutional rights".