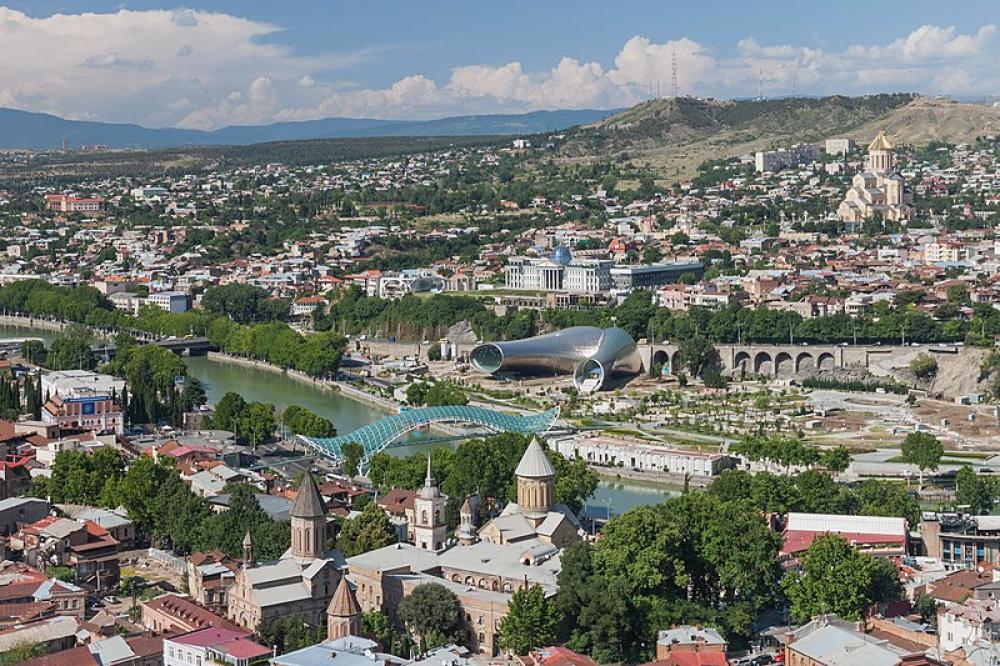 Tbilisi/Sputnik: The Georgian police on Sunday detained eight people during an opposition protest in front of the parliament building in Tbilisi, the Ministry of Internal Affairs said here on Sunday.

"Today, during a protest rally in front of the legislative body, law enforcers detained 8 people under Article 173 of the Code of Administrative Offenses (disobedience to the lawful request of a law enforcement officer). Despite numerous calls and warnings, the protesters did not obey the lawful request of the representatives of the Ministry of Internal Affairs, continued illegal actions, after which they were arrested," the ministry said in a statement.

The police detained people for setting up a tent in front of the parliament building, which is prohibited under the "Law of Georgia on Police" as such actions may undermine public safety, the ministry explained.
Tensions between the Georgian government and the opposition escalated in February after Nika Melia, the chairman of the United National Movement (UNM) party, was stripped of his parliamentary immunity after a Tbilisi court ruled that he be remanded into custody. The police were supposed to detain Melia but suspended the operation after former Prime Minister Giorgi Gakharia announced his resignation, citing a disagreement with his team on the case.

Melia was briefly arrested for leading riots and anti-Russian protests back in June 2019 and later released on 30,000 Georgian lari ($9,063) bail.

He was forced to wear a monitoring bracelet but removed it publicly during protests that erupted in November 2020 following the general election, which the Georgian opposition did not recognize.

This prompted the court to revise the conditions of Melia's release and impose a new bail, totaling 40,000 lari. The UNM chairman has refused to pay the bail.