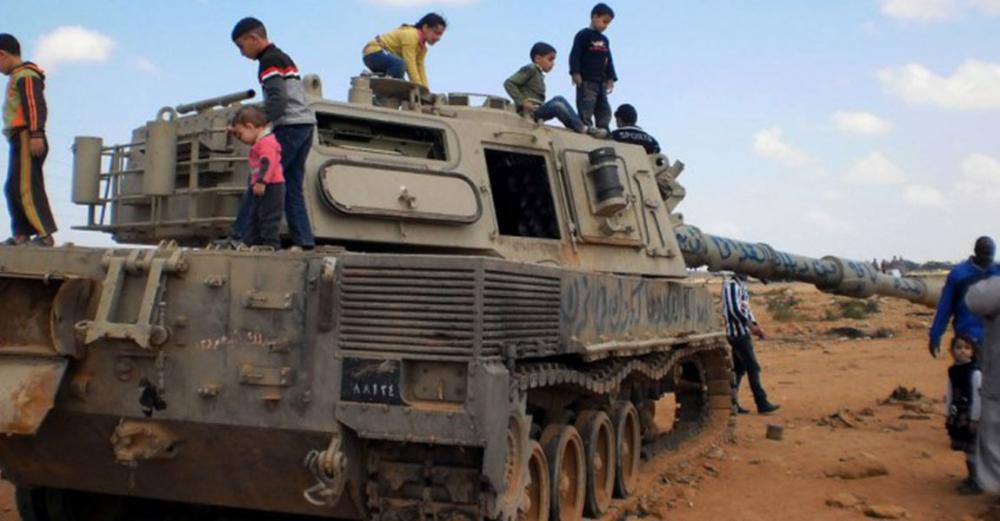 New York: The Prosecutor at the International Criminal Court (ICC) is urging Libya’s warring parties to implement their recent historic ceasefire agreement, calling it a “welcome concrete development” for a population that has been yearning for peace.

Fatou Bensouda made the appeal in her briefing to the Security Council on Tuesday, just weeks after the Government of National Accord (GNA) and the rival Libyan National Army (LNA) signed the deal in Geneva under the auspices of the UN.

“This is indeed a welcome concrete development. We call on the parties to assiduously implement the agreement to usher in the much-awaited peace and stability for the people of Libya”, she told the virtual meeting.

“Victims of atrocity crimes in Libya must be reassured that notwithstanding any ceasefire or future agreement, individuals alleged to be responsible for serious crimes falling under the jurisdiction of the International Criminal Court will be promptly arrested and surrendered to the Court to face charges for their alleged crimes.”

For nearly a decade, the ICC has been investigating crimes against humanity, as well as war crimes, allegedly committed in Libya.

The country has been in chaos since the 2011 overthrow of former leader, the late Muammar Gaddafi, resulting in the two rival administrations, with the GNA based in the capital, Tripoli, and the LNA controlling large areas in the east.

In her update to Ambassadors, Ms. Bensouda reported that despite the challenges of the COVID-19 pandemic, the ICC remains “resilient and productive”, with two crucial investigative missions deployed to Libya since May.

Her Office has been engaging with the authorities following the discovery of multiple mass graves in June.  So far, more than 100 bodies have been exhumed. Many of the victims were blindfolded and had their hands tied.

The ICC has also received information on the recently ended offensive on the capital, Tripoli, carried out by the LNA and supporting forces.

Her Office has also received credible information indicating increased use of landmines and improvised explosive devices against civilians, which were discovered following the retreat of forces from Tripoli and surrounding areas.

Use of mines ‘deeply disturbing”

“Mines and improvised explosive devices are reported to have been placed in the garages, kitchens and bedrooms of civilian homes. Many civilians who returned to their homes after fleeing the fighting were either killed or injured because their homes were booby-trapped by such devices,” she said.

The Prosecutor characterized the threat, use and scale of these weapons as “deeply disturbing”, with nearly 50 people killed between May and July alone.

“I encourage this Council and all Members of the United Nations to once again convey a clear message – a clear and firm message to commanders, be they military or civilian, and all parties and armed group involved in the Libya conflict –- that the rules of international humanitarian law must be respected, and that those who defy such rules will be held individually responsible”.

Ms. Bensouda’s briefing covered reports of other aspects of the situation in Libya, including the targeting of civilians for voicing opposition to militias, allegations of serious crimes committed in prisons and detention facilities, and crimes against displaced persons and migrants.

She also highlighted a recurring concern for the Court: the failure to arrest and surrender three Libyans who have ICC warrants against them.

They include the former President’s son, Saif Al-Islam Gaddafi, and Mahmoud Mustafa Busayf Al-Werfalli, commander of an elite LNA brigade who is accused of killing more than 40 civilians.

“The non-execution of arrest warrants is the foremost obstacle to our collective capacities to give hopes to the people and victims of crimes in Libya. I urge this Council and the Member States to take effective and concrete steps to ensure that safe havens are not provided to fugitives from justice who face serious criminal charges before the International Criminal Court,” she stated.

‘Global movement’ for justice must continue

Throughout her briefing, Ms. Bensouda emphasized the ICC’s commitment to seeking justice in Libya.  However, she concluded with a wider vision of the Court’s role worldwide.

“We find ourselves in an age where powerful forces increasingly aim to undermine the course of international criminal justice as a continuation of politics by other means,” she told the Council.

“What is required today, more than ever, is greater support for the ICC, its independent and impartial work, and the international rule of law; not less. Any act that may undermine the global movement towards greater accountability for atrocity crimes and a rules-based international order must be avoided.”