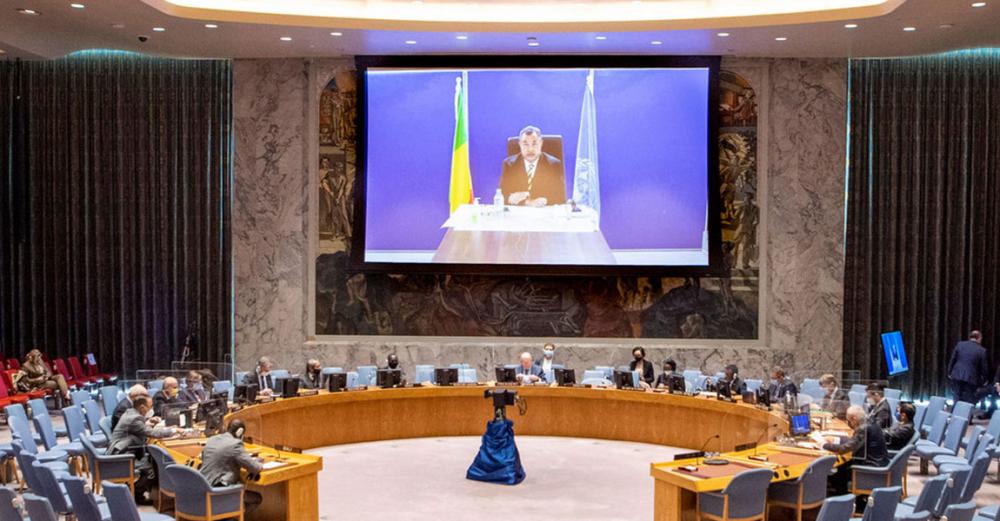 New York: Mali’s transitional President has appointed a new Prime Minister, the UN’s top official in the West African country told the UN Security Council on Thursday, detailing the significant events which has ushered in a new political era, since the 18 August coup d’état.

Updating the Council during its first meeting in the historic Council chamber since COVID-19 restrictions were put in place in March, Mahamat Saleh Annadif, Special Representative and Head of the UN Stabilization Mission in Mali (MINUSMA), said former Minister of Foreign Affairs Moctar Ouane, was appointed by Transition President Ba N'DAW, on 27 September.

The Council briefing comes on the heels of news reports that a dozen political and military figures arrested during the coup – including former Prime Minister Boubou Cissé – were released.  An official statement said the former detainees would remain at the disposition of the courts if needed.

On Monday the transitional Government also announced a new cabinet in which members of the junta were handed several key posts including defence, security, territorial administration and national reconciliation.

In addition, reports state that the Economic Community of West African States (ECOWAS) has lifted sanctions on Mali, acknowledging what it called "notable advances towards constitutional normalisation".

Providing background, Mr. Annadif said the weakening of central institutions, loss of confidence in political actors and the rise of religious leaders demanding change, had led to the 18 August mutiny and consequent resignation of President Ibrahim Boubacar Keïta.

Ambassador Issa Konfourou, Permanent Representative of Mali to the United Nations, addresses the UN Security Council on the situation in his country., by UN Photo/Evan Schneider

He listed delays in implementing the 2015 Agreement on Peace and Reconciliation and worsening security conditions – particularly in the Centre – as other factors.

“This ‘coup de force’ was condemned by the entire international community”, he said, notably ECOWAS, which had suspended Mali from all its institutions and decreed sanctions, including the closure of borders, an air embargo and the suspension of financial transactions until a civil transition is put in place.

Since then, he said days of national consultations were organized from 10 to 12 September and led to the adoption of a transition charter that complements the current constitution.