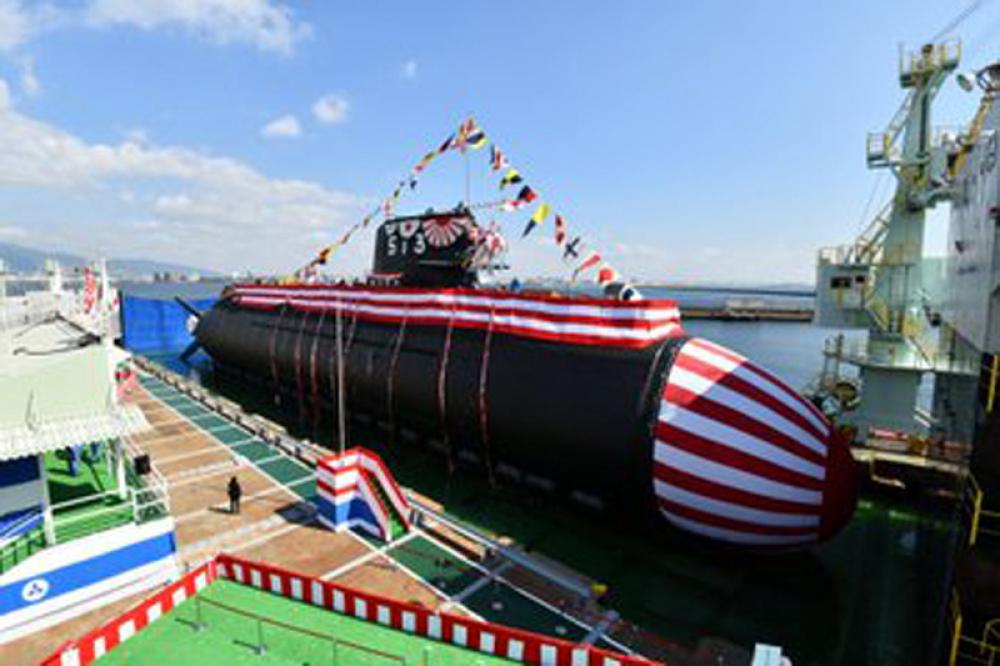 The 3,000-ton warship named the Taigei was built by Mitsubishi Heavy Industries Ltd. and is scheduled to go into service in March 2022, becoming the 22nd vessel in the Maritime Self-Defense Force's submarine fleet, reports Kyodo News.

Under its 2010 National Defense Program Guidelines, Tokyo set a goal of increasing the number of its submarines from 16 to 22 in light of increasing activities by Beijing in waters near Japan, especially around a group of Japan-administered islands claimed by China in the East China Sea, reports the Japanese news agency.

According to media reports, it measured 84 meters in length and 9.1 meters in width and cost around 76 billion yen ($720 million) to build.

The Japan Maritime Self Defence Force tweeted: "14 OCT, the naming and launch ceremony was held at Kobe Shipyard, Mitsubishi Heavy Industries and the newest submarine was named “TAIGEI”. She is the first of its class submarine that improve detection ability, and suitable environment for female submariners."