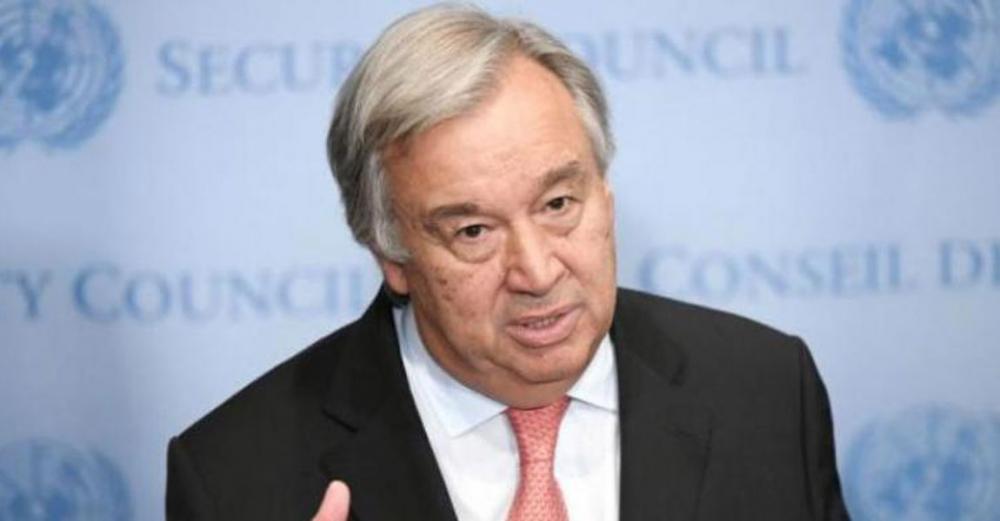 New York: As COVID-19 continues to spread throughout the world, Latin America and the Caribbean have become a “hotspot of the pandemic”, the UN chief said on Thursday, releasing a new policy initiative on how best to recover in a region already embroiled in poverty, hunger, unemployment and inequality.

The UN brief reveals that several countries in the region, are now among those with the highest per capita infection rates worldwide and shines a light on how the crisis is impacting vulnerable groups, including indigenous communities and women.

“The most vulnerable populations and individuals are once again being hit the hardest,” Secretary-General António Guterres said in a video message on the pandemic’s effect throughout a zone grappling with fragmented health services – even before the coronavirus.

The UN chief emphasized the impact of the coronavirus on women across the region, who make up the majority of the workforce and now bear the brunt of additional caregiving. He highlighted the plight of older persons and individuals with disabilities, who are at greater risk; and indigenous peoples, those of African descent, migrants and refugees, who suffering disproportionately.

It is projected that there will be a 9.1 per cent contraction in gross domestic product (GDP), which will be the largest in a century.

While stressing the need to “do everything possible to limit the spread of the virus and tackle the health effects of the pandemic”, Mr. Guterres noted that “we must also address the unprecedented social and economic impacts.”

Steps towards a better recovery

The policy brief underlines an array of urgent and longer-term steps for better recovery, including the prioritization of distance learning and continued child-centered services to mitigate education interruptions.

Governments within the region are also being asked to do more to reduce poverty, food insecurity and malnutrition, such as by providing basic emergency income and anti-hunger grants.

“I have called for a rescue and recovery package equivalent to more than 10 per cent of the global economy”, reminded the UN chief, underscoring the need of the international community to provide liquidity, financial assistance and debt relief for Latin America and the Caribbean.

“Latin American and Caribbean countries – and in particular small island developing States – should not be excluded from global assistance”, he asserted. “The international multilateral response needs to be extended to middle-income countries”.

Broader structural challenges must be addressed to build back better and transform the region’s development model.

Moreover, regional economic integration is required, with “women participating fully and safely in public and economic life”, he stressed.

“Building back better demands strengthening democratic governance, human rights protection and the rule of law, in line with the 2030 Agenda for Sustainable Development”, Mr. Guterres spelled out.

The Secretary-General maintained that the root causes of inequality, political instability and displacement must be addressed, while underscoring that at a time when too many citizens feel excluded, “greater accountability and transparency are crucial”.

He expressed his full solidarity with the people of Latin America and the Caribbean as they face these challenges, saying that “solidarity and compassion should be their guide”.

“Together, we can overcome this crisis and build inclusive and sustainable societies for all”, concluded the UN chief.