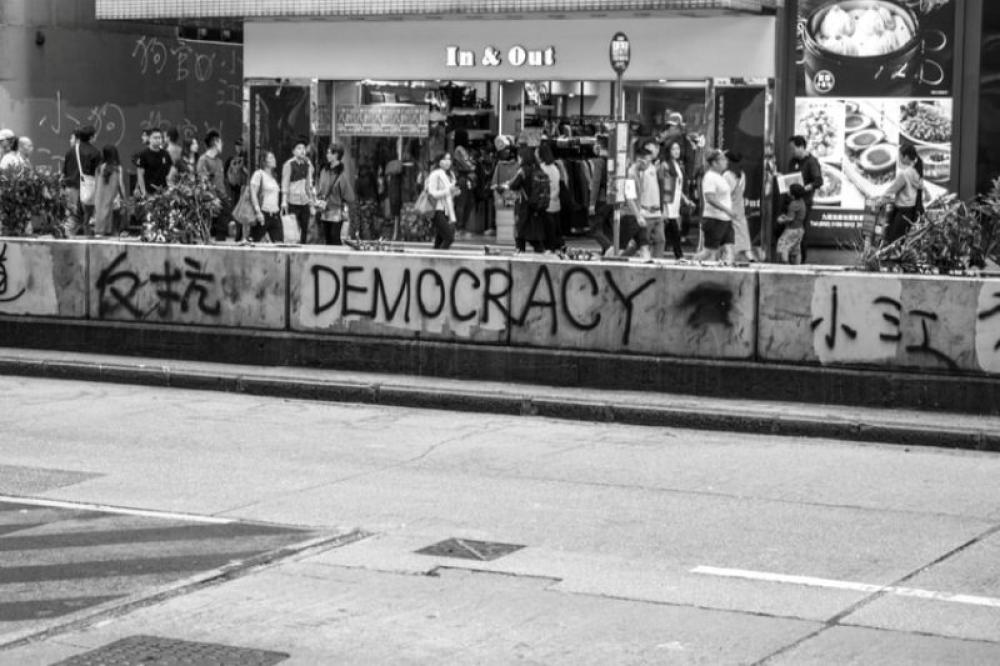 Moscow/Sputnik: The Chinese law on national security in Hong Kong entails punishment of three-year to lifetime imprisonment for activities related to separatism, according to freshly-published details of the legislation that has reignited protests in the peninsula and caused a backlash abroad.

Full details of the law remained unknown until only after it was passed by the parliament's Standing Committee and enacted by the president earlier on Tuesday. The law took effect symbolically on the eve of Hong Kong's annual holiday marking the handover of its sovereignty to Beijing with affix special administrative status under the 1984 UK-Chinese agreement.

As published by the Hong Kong government, the law, formally titled "Law of the People’s Republic of China on Safeguarding National Security in the Hong Kong Special Administrative Region," designates as a crime the planning of, implementation of and involvement in actions pursuing to undermine national unity by use of force or threat of use of force. More specifically, it includes secession, illegitimate change of legal status and surrender under foreign rule, applicable to Hong Kong and any other Chinese region.

According to earlier reports and statements of people who had seen the text before publication, it was to codify Beijing's perception of crime relating to separatism, subversion, terrorism and collusion with foreign states and the punishment thereof. This has found confirmation in the text.

"This Law is enacted ... for the purpose of: ... preventing, suppressing and imposing punishment for the offences of secession, subversion, organisation and perpetration of terrorist activities, and collusion with a foreign country or with external elements to endanger national security in relation to the Hong Kong Special Administrative Region," the law read.

Beijing ordered Hong Kong to include the new security provisions in its Basic Law, enforce their implementation and submit an annual report on progress.

What has also been expected, Beijing will send its own watchdog to supervise security policies in Hong Kong, including in terms of planning, implementation and enforcement.

"The Hong Kong Special Administrative Region shall establish the Committee for Safeguarding National Security. The Committee shall be responsible for affairs relating to and assume primary responsibility for safeguarding national security in the Region. It shall be under the supervision of and accountable to the Central People’s Government," Article 12 read.

With regard to applicability to foreign nationals, the law says Hong Kong-based foreigners might be subject to deportation as part of punishment. The law is also applicable to Hong Kong-based corporations.