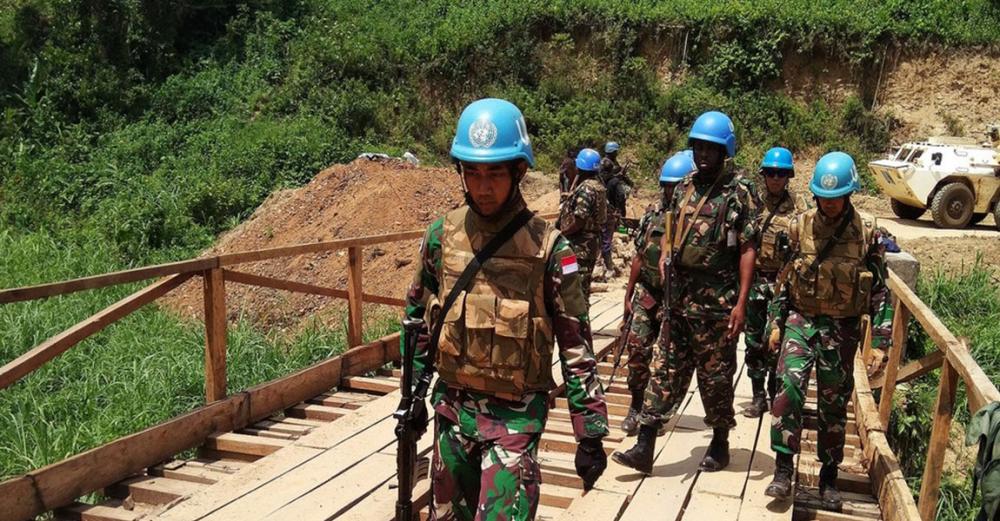 New York : The United Nations has strongly condemned an attack believed to be carried out by rebel militia on peacekeepers serving with the UN Stabilization Mission in the Democratic Republic of the Congo (MONUSCO), which left one Indonesian ‘blue helmet’ dead, and another injured.

The attack by the so-called Allied Democratic Forces (ADF) in eastern DRC, took place on Monday, near the town of Beni, when a MONUSCO patrol came under fire. The injured peacekeeper is reportedly in a stable condition.

The head of MONUSCO and UN Special Representative, Leila Zerrougui, condemned the suspected ADF attack in a series of tweets, noting that the soldier who succumbed to his injuries had been taking part in a project to build a bridge in the Hululu area.

She stressed the “sacrifice of male and female ‘blue helmets’ who risk their lives daily away from home, to protect civilians and restore stability to DRC.”

The ADF originated in neighbouring Uganda in the 1990s, in opposition to long-term Ugandan President, Yoweri Museveni, moving its base of operations across the border into the DRC.

The group killed 15 UN troops at their base near the Ugandan border in December 2017, 14 from Tanzania, and seven in an ambush in December the following year.

The UN Secretary-General António Guterres expressed his deepest condolences to the family of the deceased peacekeeper, as well as to the Indonesian Government, and wished a swift recovery to the injured blue helmet.

The Secretary-General recalled that attacks against UN peacekeepers may constitute a war crime, calling on the Congolese authorities to investigate, and "swiftly bring those responsible to justice".

The UN chief affirmed that the UN would continue "to support the Congolese Government and people in their efforts to bring about peace and stability in the east of the country."

The members of the UN Security Council strongly condemned the attack, in a statement on Tuesday morning, expressing their deepest condolences to the family of the victim, the Indonesian authorities and the United Nations. They wished a speedy recovery to the injured.

Members condemn “in the strongest terms all attacks and provocations against MONUSCO. They underlined that deliberate attacks targeting peacekeepers may constitute war crimes under international law”, said the statement, calling on the Congolese authorities “to swiftly investigate this attack and bring the perpetrators to justice.”