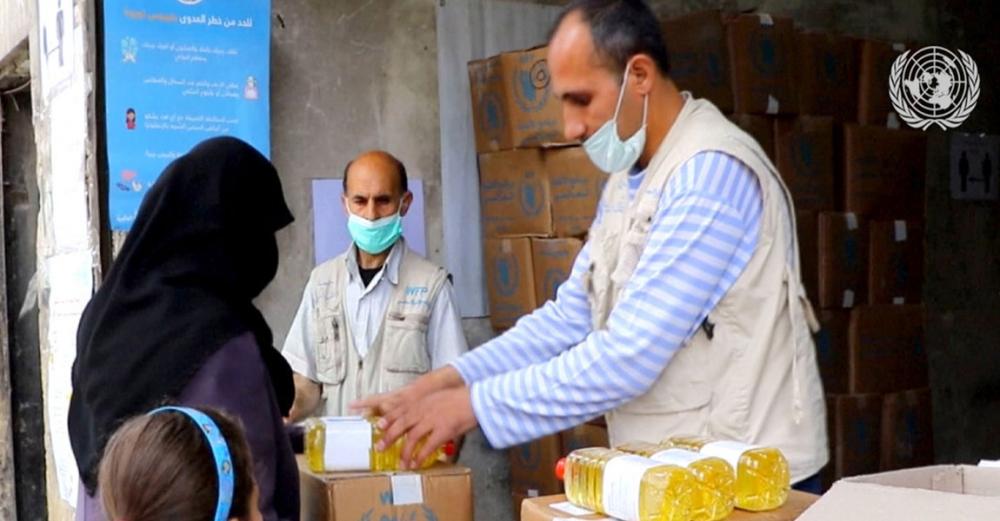 Renewed trust, confidence, and cooperation between international players and Syrians could finally “unlock progress”, putting the country on a political path towards lasting peace, the UN Special Envoy for Syria told the Security Council on Monday.

Noting that over the past decade, too many “fleeting opportunities” to reverse course had been lost, Geir O. Pedersen recalled during an open videoconference meeting that those missed chances had been followed by “renewed violence and a hardening of positions among regional and international actors”.

“We must not repeat this pattern”, he underscored.

The UN envoy shared a widespread belief within Syria itself, that “international competition is more prominent than cooperation” and emphasized that “constructive diplomacy” must be built to support a political solution.

“It is hard, but it is not impossible, and we must try”, he asserted.

While acknowledging growing progress in Russian-Turkish cooperation in the country’s northwest, the Special Envoy reported that “this calm has been punctuated by violent incidents and mutual cross-line offensives”, including attacks and counter-attacks involving the little-known extremist group, the “wa-Harid al-Mu’minin operations room”, and Government forces.

Moreover, there have been incidents of mutual shelling and bomb attacks around Afrin and the northeast; targeted killings and clashes in the southwest; reports of Israeli airstrikes in Deir-ez-Zor and Aleppo; as well as incidents that point to a resurgence of ISIL terrorist fighters in the eastern desert.

“Violence continues and there is a constant risk of escalation which could unravel [the] existing arrangement”, said the Special Envoy. “We must at all costs avoid reversion to the all-out fighting and abuses and violations we have seen before”.

Turning to the Secretary-General’s global call to waive sanctions that are restricting the ability of countries to prepare for, and fight the coronavirus pandemic, the UN Envoy acknowledged that “relevant States” had given assurances that their sanctions were neither interrupting humanitarian supplies, or targeting medicine and medical devices.

“I welcome their commitments to fully and expeditiously apply humanitarian exemptions. I continue to closely follow this issue”, he said.

Anxiety on the ground

Mr. Pedersen relayed Syrian’s concerns over escalating violence; the wellbeing of detainees, abductees and missing persons; and disappointment in the political process.

“Let us also remember that Syria’s instability reverberates elsewhere too – including as far as Libya, given reports of fighters being recruited in Syria in large numbers and sent to fight on both sides of that conflict”, he said.

The UN envoy also informed the Council that while the COVID-19 pandemic has yet to envelop the country, fear abounds that “it still could do so”.

In the meantime, the coronavirus has added a new layer to the grave economic predicament that has resulted from a decade of conflict and left significant price increases and shortages in basic commodities.

Back in 2015, the Security Council unanimously adopted resolution 2254, which endorsed a road map for a peace process in Syria that includes a timetable for UN-facilitated talks between the Government and opposition members.

He reminded the UN body of its call to all parties to safeguard a sustained period of calm throughout the country.

“Key players should be working together – and I stand ready to assist in that – so that significant calm in many areas is sustained, enhanced and expanded into a nationwide ceasefire, as called for in resolution 2254”, concluded the Special Envoy.


Photo caption and credit:
United Nations
With COVID-19 containment measures limiting people’s movement in Syria, the World Food Programme (WFP) has introduced measures to ensure that people receive their entitlements in as safe a way as possible..