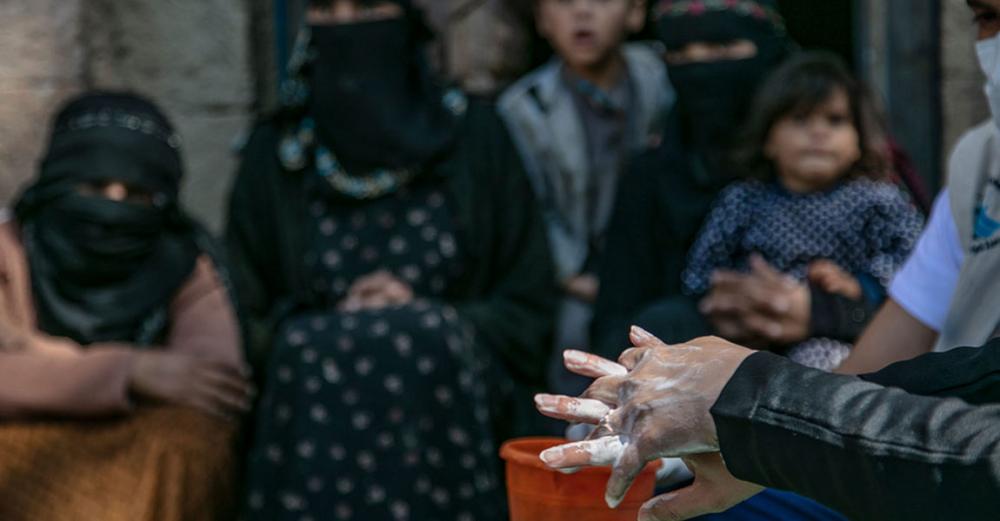 New York : A ceasefire declaration by Saudi Arabia in war-shattered Yemen that was due to come into effect on Thursday has been welcomed by United Nations chief António Guterres as a way to promote peace and slow the advance of COVID-19.

The development comes some two weeks after the UN Secretary-General issued a global appeal to all belligerents to down their weapons to help halt the spread of the new coronavirus.

To date, the pandemic has not reached Yemen, but there have been confirmed cases in Saudi Arabia.

In a statement released on Wednesday evening, Mr. Guterres responded positively to the two-week unilateral truce call by the Kingdom of Saudi Arabia on behalf of the international coalition supporting the Government of Yemen.

The move would “help to advance efforts towards peace” and “the country’s response to pandemic”, he said, before urging the other warring parties to issue similar expressions of goodwill.

“I now call upon the Government of Yemen and Ansar Allah to follow through on their commitment to immediately cease hostilities,” the UN chief said, in reference to President Abdrubbuh Mansour Hadi, and the mainly Houthi opposition forces who occupy the capital, Sana’a.

In a further appeal, Guterres also called on the Government - which is based in the southern port city of Aden - and the Houthis to engage with each other, “in good faith and without preconditions”, in negotiations facilitated by his Special Envoy Martin Griffiths.

“Only through dialogue will the parties be able to agree on a mechanism for sustaining a nation-wide ceasefire, humanitarian and economic confidence-building measures to alleviate the suffering of the Yemeni people, and the resumption of the political process to reach a comprehensive settlement to end the conflict”, the UN chief said.

According to media reports, fighting in Yemen has claimed more than 270 lives in the past 10 days, amid clashes in the border province of Jawf and the oil-rich central province of Marib, where a building sustained a missile strike in the city centre hours after the Saudi announcement.

The conflict in Yemen dates back more than five years.

In 2014, Houthi opposition forces overran the capital, Sana’a, prompting a response by an international coalition led by neighbouring Saudi Arabia, which has supporting President Hadi since March 2015.

The fighting in Yemen, which was already one of the poorest countries on earth before the conflict, is widely believed to have killed tens of thousands of people and created the world’s worst humanitarian crisis.

Repeated warnings from humanitarian agencies about the dire state of the country’s health service – where around half of all medical centres are closed - and a lack of food, fuel and medicine – have highlighted how dependent country is on external assistance.

“I am grateful to the Kingdom of Saudi Arabia and the Arab Coalition for recognizing and acting on this critical moment for Yemen,” he said. “The parties must now utilize this opportunity and cease immediately all hostilities with the utmost urgency and make progress towards comprehensive and sustainable peace,” said Mr. Griffiths.

The Special Envoy has been mediating between the parties to reach agreements on a nation-wide ceasefire, humanitarian and economic measures that will bring tangible relief to the people of Yemen, and the resumption of the political process to comprehensively end the war. The Special Envoy hopes and expects that the Coalition’s ceasefire announcement will create a conducive environment for the parties to conclude these agreements in the very near future.

Photo caption and credit:
UNICEF/Gabreez
UNICEF has been promoting hand-washing in Yemen.