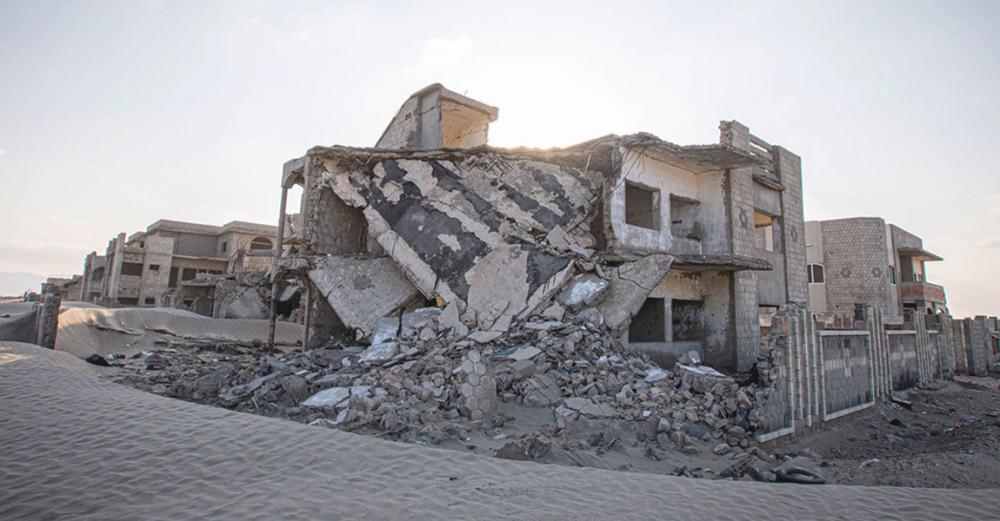 New York : Echoing his 23 March appeal to warring parties across the globe for an immediate ceasefire, UN Secretary-General António Guterres has called on those fighting in Yemen to end hostilities and ramp up efforts to counter a potential outbreak of the COVID-19 pandemic.

“More than five years of conflict have devastated the lives of tens of millions of Yemenis,” the UN chief said in a statement today, adding that an escalation in fighting in the towns of Al Jawf and Ma’rib now threatens to deepen human suffering.

The Secretary-General called on the parties in Yemen to work with his Special Envoy, Martin Griffiths, to achieve a nation-wide de-escalation. He also urged them to make progress on economic and humanitarian measures aimed at alleviating suffering and building confidence, and to resume an inclusive, Yemeni-led political process.

Resurgent violence amid a global pandemic“A political solution is the only way to a comprehensive and sustainable resolution of the conflict in Yemen,” stressed the UN chief.

Yemen has seen a series of fits and starts in efforts to ends its bloody civil conflict, which began in 2015 and has created one of the world’s most severe humanitarian crises.

At the close of 2019, Special Envoy Griffiths reported a significant “drop in the tempo of war”, including an 80 per cent reduction in airstrikes in some areas. An agreement was also signed unifying divided Government factions.

However, on 12 March, Mr. Griffiths warned the UN Security Council that a fresh escalation in violence once again threatens the quest for a political resolution.

Pointing to the recent military escalation in Al Jawf, he expressed concern about the impact of the violence on the people of that governorate – where thousands of families have been displaced and require shelter and assistance – and cautioned that critical humanitarian measures must not be politicized.

The spike in violence comes as outbreaks of the COVID-19 pandemic have appeared in more countries around the globe.

According to a statement by the UN Development Programme (UNDP) Resident Representative in Yemen, Auke Lootsma, Yemen had no cases of COVID-19 as of 17 March.

However, the situation is being recognized as “the largest public health emergency of our time” with economic and social impacts yet to be determined. COVID-19 is quickly showing its impact with a growing number of cases in an increasing number of countries across the region.

In preparation for a possible outbreak, UNDP is working closely with Yemeni authorities as well as local and national implementing partners to ensure adequate contingency measures allowing for the continued delivery of its critical programmes.

“This is an evolving situation – one that requires caution and levelheadedness regarding the health and well-being of staff, partners and Yemeni communities,” said the Resident Representative.

In his broad appeal to warring parties earlier this week, the Secretary-General emphasized that the world now faces a common enemy – the spreading COVID-19 pandemic, which has now been reported in more than 180 countries.

“It is time to put armed conflict on lockdown and focus together on the true fight of our lives,” he said.

Senior UN officials have issued specific appeals to warring parties – including those engaged in the nine-year-old conflict in Syria - to silence their weapons and launch an “all-out effort” to counter possible outbreaks of the virus.

The Special Envoy for Yemen echoed those sentiments in a tweet today, stressing that battlefields are dividing Yemen and making it harder to combat potential outbreaks of the pandemic.

"The time to act is now,” he said. “I urge the parties to hear [the Secretary-General’s] call, work with my office to de-escalate violence nationwide and work together to protect the Yemeni people."

WFP/Mohammed Awadh
Conflict-damaged homes on the edge of Aden, Yemen.