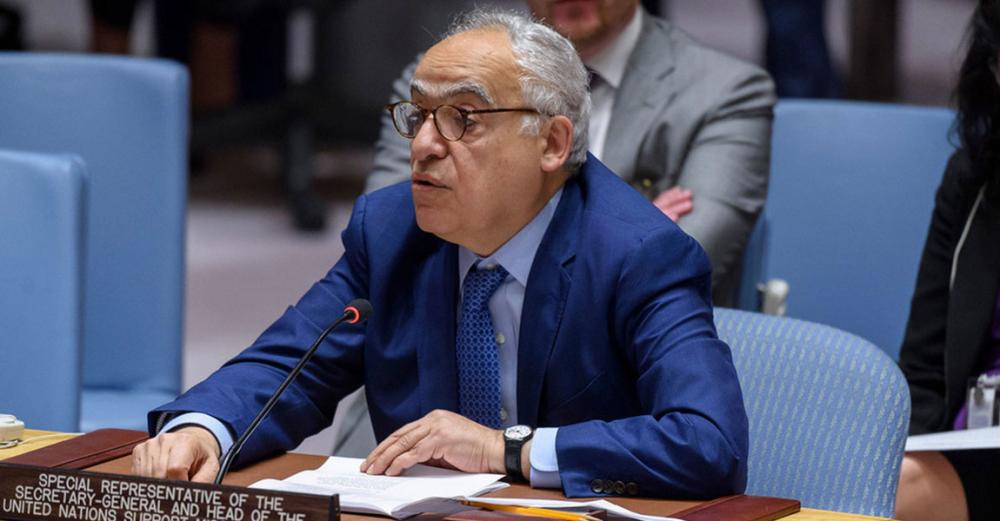 New York : The UN negotiator leading talks in Geneva to secure an end to fighting in Libya said on Tuesday that high-ranking officials from both sides of the conflict have agreed on the need for a “permanent and lasting” ceasefire to replace an uncertain truce.

“These talks in Geneva are meant to listen carefully to the position of the two sides on what are the conditions for them to accept this translation of the truce into a permanent and lasting ceasefire”, said Ghassan Salamé, Special Representative of the United Nations Secretary-General and head of the UN Support Mission in Libya (UNSMIL).

The parties – known as the 5+5 Libyan Joint Military Commission - are meeting after months of conflict in the suburbs of Tripoli between the UN-recognized Government of National Accord (or GNA) and the self-styled Libyan National Army (LNA), led by commander Khalifa Haftar, who laid siege to the capital last April.

The chance of the situation deteriorating further persists, Mr. Salamé warned, despite a call for a truce in early January by Russian and Turkish Presidents Vladmir Putin and Recep Tayyip Erdogan.

Although this truce had been accepted by both sides, Mr. Salamé noted that at the same time, an international arms embargo has been broken “incessantly” since 2011, with evidence of increasing foreign interference.

“We have new evidence of new equipment but also new fighters -  non-Libyan fighters - joining the two camps”, he said. “Therefore, we believe that the arms embargo is being violated by both parties.”

Faced with the challenge of achieving a positive outcome to the Geneva talks – which form part of a parallel UN initiative covering the political and economic aspects of the Libyan crisis -  Mr. Salamé remained realistic about the chances for success, ahead of further talks.

“This is after all the first time, since a very long time, high-ranking officers of the two sides meet”, he said. “In fact, I think it’s the very first time ever. So don’t expect from one meeting yesterday afternoon, to settle all these issues.”

Asked about a mooted European Union ceasefire-monitoring mission in Libya should the talks prove successful, Mr. Salamé insisted that it was a decision “that needs to be taken by the Libyans themselves”, although the proposal would “certainly” be addressed this week.

In an appeal to the Security Council to act on Libya – whose people have faced uncertainty and violence since the overthrow of former President Muammar Gaddafi in 2011 – the UN official noted that the need to de-escalate the situation was critical.

In January, a UN joint report published by the UN Support Mission in Libya (UNSMIL) and the UN human rights office found that at least 287 civilians were killed and around 369 others injured last year alone, with airstrikes accounting for 60 per cent of those casualties.

Last month, Mr. Salamé  called for other countries to “take your hands out of Libya”, following a closed-door meeting of the Security Council in New York.

That gathering was held after dozens of cadets were killed in a drone attack on a military academy in Tripoli, which is the seat of the GNA.

More than 20 million weapons in Libya

“I hope that within these few days the Security Council will come to its first resolution that reaffirms this,” he told journalists in Geneva. “And I also hope that that those who are exporting these arms understand that there is already more than 20 million pieces of ordnance in the country, and that this is enough, and the country doesn’t need new  equipment.”

Despite enormous oil wealth, conflict and a blockade of key ports in eastern Libya have reduced Libyan oil production to around 72,000 barrels a day, down from 1.3 million, Mr. Salamé explained.

“This is a situation that is not sustainable and I would be grateful if some of the largest countries in the world who have been helping us in solving previous crises in oil production and exports do the same for this particular crisis,” he said.

UN Photo/Loey Felipe
Ghassan Salamé, Special Representative of the Secretary-General and Head of the United Nations Support Mission in Libya (UNSMIL), briefs the Security Council on the situation in Libya. (21 May 2019)