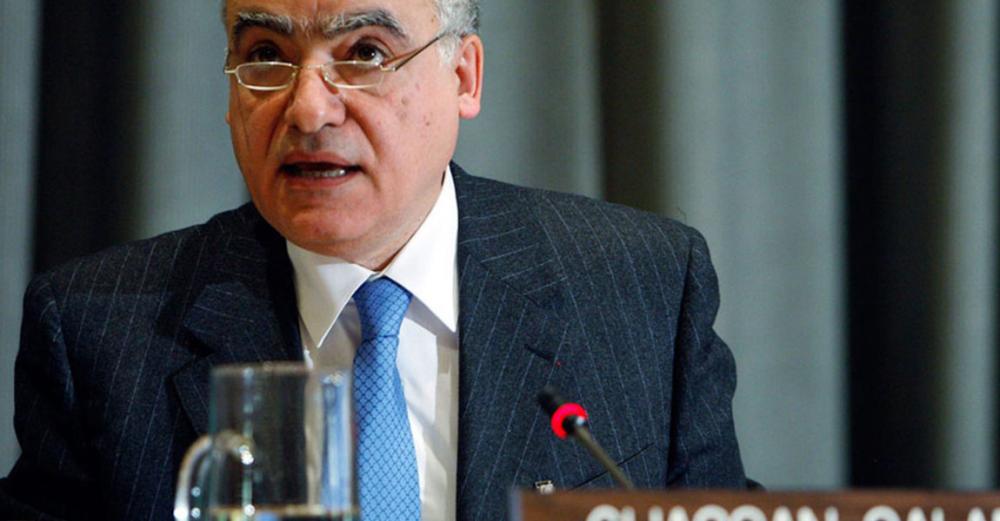 New York : The top UN official in Libya on Thursday expressed his “deep anger and disappointment” over intensifying conflict in Libya despite a high-level summit held in the German capital of Berlin earlier this month, that set out measures to de-escalate fighting and put the divided country back on a path towards peace.

“There are unscrupulous actors inside and outside Libya who cynically nod and wink towards efforts to promote peace and piously affirm their support for the UN”, Ghassan Salamé, Special Representative of the Secretary-General and Head of the UN Support Mission in Libya, told the Security Council.

“Meanwhile, they continue to double down on a military solution, raising the frightening spectre of a full-scale conflict and further misery for the Libyan people, more refugees, the creation of a security vacuum and further interruptions to global energy supplies”, he added.

Since the fall of President Muammar Gaddafi in 2011, Libya has been in the throes of ongoing instability and economic collapse, despite its large oil reserves.

Thousands have been killed in fighting between factions of the self-styled Libyan National Army (LNA) commanded by Khalifa Haftar, based in the east, and the internationally recognized government in Tripoli, located in the west.

Truce ‘only in name’

Against the backdrop of a fragile truce that temporarily reduced the violence, a summit was held on 19 January in Berlin, hoping to pave way for peace.

And while representatives of concerned countries and regional organizations –some of whom have directly or indirectly fuelled the conflict – agreed not to interfere in the country’s internal affairs and abide by the UN arms embargo, artillery exchanges have escalated significantly, leading to increased civilian casualties.

Painting a picture of indiscriminate shelling that has caused death and injury, including to children, Mr. Salamé said: “With recent developments on the ground, I regret to report that the truce holds only in name”.

Although participants of the Berlin Conference committed themselves to respect and implement the arms embargo established by the Council and called on all international actors to do the same, proxy involvement continues to intensify, in breach of UN sanctions.

The warring parties have continued to receive a sizable amount of advanced equipment, fighters and advisors from foreign sponsors, “in brazen violation of the arms embargo” and the pledges made by representatives of these countries in Berlin, stated the top UN official.

And last Saturday, UNSMIL issued a press release regretting “the continued blatant violations of the arms embargo in Libya, even after the commitments made” during the Conference.

He was also deeply worried over “the military reinforcements coming to both sides, raising the spectre of a broader conflict engulfing the wider region”.

Meanwhile, the LNA has reinforced its forces along the frontlines in Tripoli with arms, equipment and infantry elements, including foreign fighters and there has been a notable increase in heavy cargo flights to Benina Airport and Al-Khadim Airbase in eastern Libya, delivering military equipment to the LNA.

At the same time, Mr. Salamé reported that thousands of foreign fighters supportive of the Government of National Accord (GNA) were flown into Tripoli and deployed alongside Libyan forces.

“The GNA forces, supported by a foreign sponsor, established advanced air defence systems throughout the western region”, he informed, adding that foreign naval assets, including warships, were witnessed off the coast of Tripoli, violating the spirit of the Berlin Conference and threatening “to precipitate a new and much more dangerous conflagration”.

Salamé urged the parties and their foreign sponsors to “desist from reckless actions and instead renew their expressed commitment to work towards a ceasefire”.

The conflict is also fracturing the economy amidst failing institutions, and infrastructure.

“There are reports of families forced to flee, some due to their affiliation with the GNA and others due to their association with elements of the former regime”, he recounted, adding that the “fate of many forcibly disappeared Libyans remains unknown”.

Mr. Salamé underscored that the crumbling situation is being done “in blatant disregard of Libya's sovereignty, the fundamental rights of the Libyan people, and in flagrant violation of international consensus and the rules-based international order”.

He closed with a plea to Council members in the coming days, to “find your unity and your voice to halt Libya’s senseless unravelling”.

“Too much is at stake, including our collective credibility”, concluded the Special Representative.

In another development reflecting the deteriorating security situation, the UN refugee agency, UNHCR, has halted operations at a site in Tripoli, out of fear that it could become a target. The agency on Thursday announced that it has suspended work at the Gathering and Departure Facility, which houses asylum seekers and refugees, after learning the police and military are conducting training exercises nearby.

Jean-Paul Cavalieri, UNHCR's Chief of Mission in Libya, said: “We fear that the entire area could become a military target, further endangering the lives of refugees, asylum seekers, and other civilians.”

LNA forces have lain siege to southern Tripoli since April last year. The Gathering and Departure Facility was established as a transit site for refugees identified for resettlement or evacuation to third countries. Some 400 asylum seekers from a detention centre that was hit by deadly airstrikes last July are also sheltering there.

UNHCR said it had begun moving some of the people to safer locations.