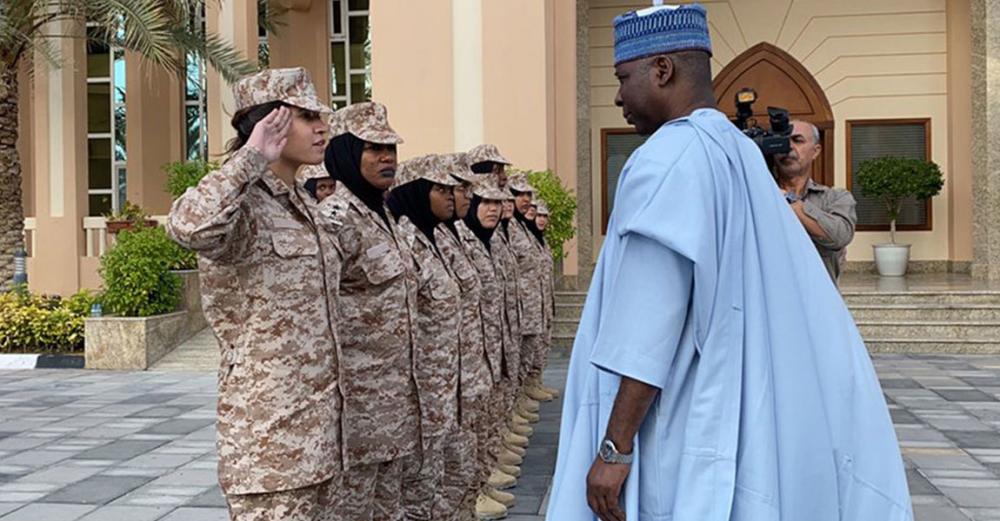 New York : The President of the 74th session of the UN General Assembly on Monday set out his 2020 priorities, which aim to make the 17 Sustainable Development Goals (SDGs) a reality by the start of the next decade.

“International peace and security is key to achieving the SDGs, as no development can happen in the absence of peace”, he stated.

Stressing the need to work harder, he spelled out: “If ever diplomacy should achieve its purpose, this is one urgent area it must show its face” – including in finding solutions to the Israel-Palestine conflict, Syria, Yemen, Libya and all other conflicts.

He recalled that the second International Day of Education will be celebrated on 24th January with the participation of actors in the education system, governments, the private sector and civil society organizations.

“Ensuring access to free and quality primary and secondary education, as well as affordable and inclusive vocational and technical education, is important, and I will continue to reach out to you…on how best we can continue to collaborate”, maintained Mr. Muhammad-Bande.

Turning to zero hunger, he announced that he would host an event in February to discuss the topic “Targeting Hunger: South-South and Triangular Cooperation for Transforming Agriculture”.

“It is my hope that member States will use that opportunity to deepen discussion” on better cooperation, “particularly through partnerships in the agricultural sector”, he said.

“We can end hunger and help to eradicate poverty if we deepen cooperation in modernizing the agricultural sector, particularly as it concerns availability and affordability of industrial machineries, irrigation systems, high yield seedlings and access to finance”, said Mr. Muhammad-Bande.

Climate action at the fore

Spotlighting climate action, he flagged that an Ocean Conference will be held from 2-6 June in Lisbon, Portugal.

From 4-5 February, a preparatory meeting will determine the themes of seven interactive dialogues as well as provide initial inputs for a declaration to be adopted at its conclusion.

He also highlighted a Biodiversity Summit, whose preparatory process will begin on Thursday, saying “we must do our best to tackle the environmental emergencies that we currently face”.

“We must build on the political momentum generated by the Paris Agreement in 2015 and the Climate Summit last September, to accelerate action to save the planet from the peril that inaction can unleash”, emphasized Muhammad-Bande, especially “in the light of our disappointment that we could not reach consensus on important issues during COP25 in Madrid”.

And to “review the progress made in the fight against desertification, land degradation and drought”, he also said he would convene a High-Level dialogue in collaboration with the Secretariat of the UN Convention on Combating Desertification on 9 June.

He also spoke about an initiative on international financial accountability, transparency and integrity to promote international cooperation to combat illicit financial flows, with a view to foster sustainable development.

“It is my hope that as an outcome of this initiative, Member States will have a basis to take action to more effectively close the current financial gaps due to Illicit Financial Flows, Corruption, money laundering and tax evasion”, he said, adding that details would be shared at a briefing on 28 January 2020.

“Inclusion is key to our world”, Muhammad-Bande said, noting that “exclusion has been a major source of instability in all societies”.

Inclusion is key to our world – General Assembly President

Underscoring that “there is absolutely no reason to exclude anyone - whether they are a woman, youth, disabled, or because of their faith, color or where they are from”, he urged all delegations to be involved in the celebration of the 25th anniversary of the Fourth World Conference on Women; 20th anniversary of Resolution 1325 on Women, Peace and Security; and the 10th anniversary of UN Women.

On 31 March he said he would convene a High-Level Youth Plenary so young people can participate in devising a strategy to tackle immediate problems, such as the lack of quality education and unemployment.

“Be most assured, always, of my firm commitment to work with all, in line with both the Charter of our Organization, and in view of the urgency of the issues before us”, concluded Muhammad-Bande.