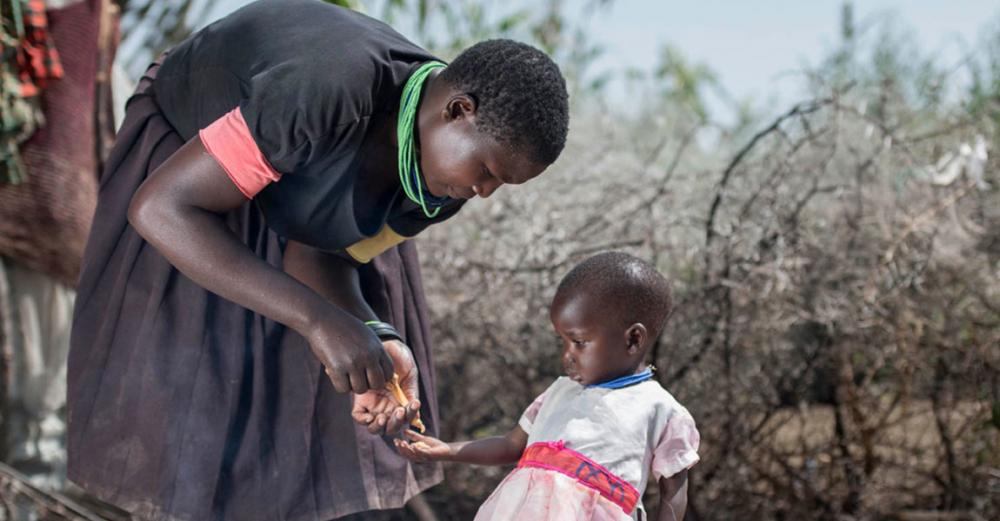 New York: Together, Kenya and Uganda kick-start a Decade of Action to achieve the Sustainable Development Goals by partnering with the UN to address challenges that transcend country borders.  By Siddharth Chatterjee (Kenya RC) and Rosa Malango (Uganda RC).

Close to the Kenyan border, the small border town of Moroto in northeast Uganda is known for its dukas or small shops that sell traditional woodwork, pottery and weavings.

The people of Moroto also raise cattle that graze on the surrounding scrub grassland. With 7500 inhabitants, the community depends on food crops such as corn and cassava, a starch that some of us know as yuca and manioc.

Like many other places in Africa, Moroto has been affected by climate change which has deeply impacted livelihoods, especially for women and children.

It is no coincidence that it has also become a conflict-prone area. Just beyond Moroto, at the Kenyan-Uganda border, conflicts that were previously contained and worked through at the local levels, started to escalate with political, economic, social and cultural implications across bordering countries.

The UN Resident Coordinator, sometimes called the RC, is the highest-ranking representative of the UN development system at the country level. In this occasional series, UN News is inviting RCs to blog on issues important to the United Nations and the country where they serve.

For the families, the conflicts have had devastating consequences, from lost wages to losing loved ones. It’s led to a rupture of community social protection networks. It has also meant weaker political institutions of governance and the disruption of essential services. This destruction of traditional livelihoods also increased the number of people that are internally displaced, with no place to call home.

Living on the edge

This life-on-the-edge scenario is being repeated in border towns across the world. Living near borders can mean limited government investments in sectors such as education, health and infrastructure—leaving communities inside a border but outside the periphery of modern development or the ‘fair globalization’ called for by the United Nations Secretary-General António Guterres.

Communities like the Karamoja Triangle can ill-afford to lose more ground. This ancient collection of communities with a shared socio-cultural heritage, live on the lands that straddle the borders between Ethiopia, Kenya, South Sudan and Uganda.

Women, men and children from the area are highly vulnerable to climatic variations such as drought that renders households perennially without food and limited options for work.

In Turkana, in northwest Kenya, more than two-thirds of the population live below the poverty line; adult literacy is around 20 per cent and, despite its huge potential for tourism, raising livestock and mineral deposits, its contribution to the national gross domestic product is less than 5 per cent. Poverty and drought remain the main drivers of conflict.

There is only one way to tackle challenges that transcend their borders, such as climate change and conflict: together. The governments of Kenya and Uganda partnered with the UN and broke ground on a new bi-national agreement for sustainable peace and development in the climate change affected and conflict prone Turkana-Pokot-Karamoja region, bordering the two countries.

Conversations began a year earlier when ministers from Kenya and Uganda, held consultations in Uganda on how best to address conflicts and climate change.

The aim was to develop the Karamoja Cluster as a single socio-economic zone, with joint policies and programmes that will build opportunities and hope for these indigenous communities particularly for young people.

A shared journey to deliver the SDGs

This joint programme bridges the humanitarian, development and peace “nexus” to build resilient communities – those that can better withstand crisis. The 2030 Agenda and its 17 Sustainable Development Goals (SDGs), are guiding efforts by the UN in Uganda and Kenya to invest in indigenous capacities to detect, prevent and manage conflict triggers and also to mobilize support from national governments, business leaders and development partners.

Backed by the United Nations teams in Uganda and Kenya, we worked with the delegations to support the talks in a series of meetings over the course of year in Kenya and Uganda which led to a common agreement (Memorandum of Understanding) endorsed by both governments on our binational and joint UN teams’ work.

The efforts focused on the people living on the Uganda-Kenya border, made vulnerable by the impact of climate change and many with few options but to fight for resources in this semi-arid region.

“This programme, in cooperation with the UN, will help all of us to ensure that we have peace, our people live together and also to enable us develop, that is why we want the UN to advocate for greater infrastructure investments such as roads,” said President Yoweri Kaguta Museveni of Uganda.

Only by reaching the people left farthest behind and jointly addressing inequalities and exclusion, can we prevent the social fabric from fraying further and create a robust foundation for communities to experience peace and development.

Towards a safe and prosperous Africa

This is also the essence of the African Union Agenda 2063. African nations are looking towards a prosperous Africa based on inclusive growth and sustainable development. African people want to eradicate poverty by increasing opportunities for youth employment, promoting modern agriculture, promoting climate smart industrialization, leading socially responsible management of natural resources and by participating in the innovation drive promised by science, technology and research to address well documented strategic bottlenecks.

We see this as a game-changer for people in the region that will improve livelihoods, promote eco-tourism, increase cross-border trade and spur development. The Decade of Action to achieve the SDGs by 2030 give us a huge opportunity to transform the Karamajong cluster into a climate-smart corridor where positive traditional values meet technology and smart investments.