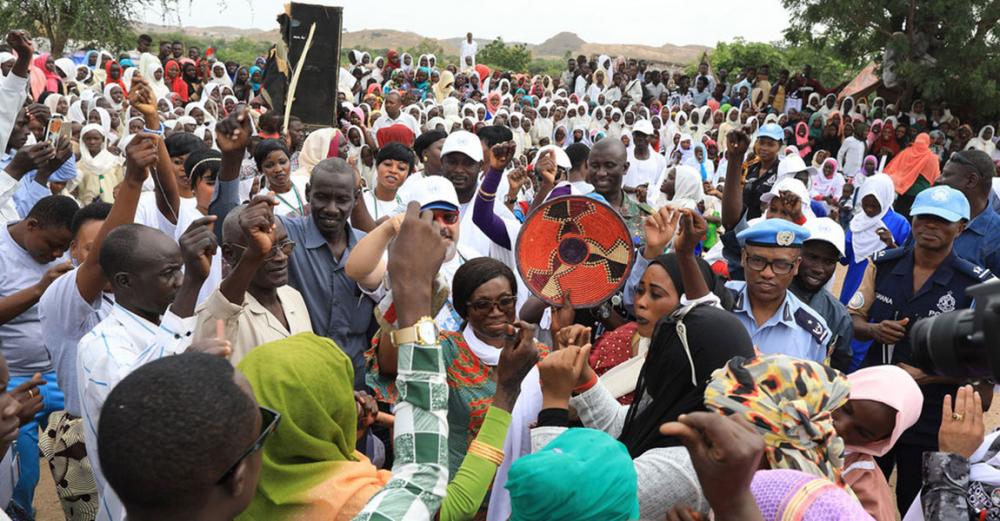 New York : The joint chief mediator for the African Union-United Nations Hybrid Operation in Darfur, UNAMID, welcomed on Monday a framework agreement between the Transitional Government of Sudan and the Darfur armed movements that was signed during peace talks in Juba, South Sudan, on Saturday.

The agreement helps to advance the peace process by outlining key issues and principles to guide ongoing negotiations and serves as a basis for a fair and comprehensive peace agreement.

“This is a very positive development confirming the political will and readiness of the parties to reach a comprehensive peace agreement”, said Jeremiah Mamabolo, who is also the Joint Special Representative for the Mission.

“We congratulate the Transitional Government of Sudan and the Darfur parties on this step and encourage them to continue in the same vein”.

Mr. Mambolo maintained that UNAMID will “continue to support the peace talks in Juba” in line with Security Council Resolution 2495 of 2019, which authorized the current mandate until 30 October 2020, and within its capability in order to assist all negotiating parties “to achieve the ultimate goal of lasting peace and a prosperous future for all the Sudanese people”.

The Mission was established in 2007, following a brutal civil war that broke out in 2003, which led to the deaths of tens of thousands of Darfuris and the displacement of nearly two million civilians, amidst allegations of ethnic cleansing of non-Arabs.

During the fighting between Sudanese Government troops, militias and other armed rebel groups, widespread atrocities, including murder and rape, were reported.