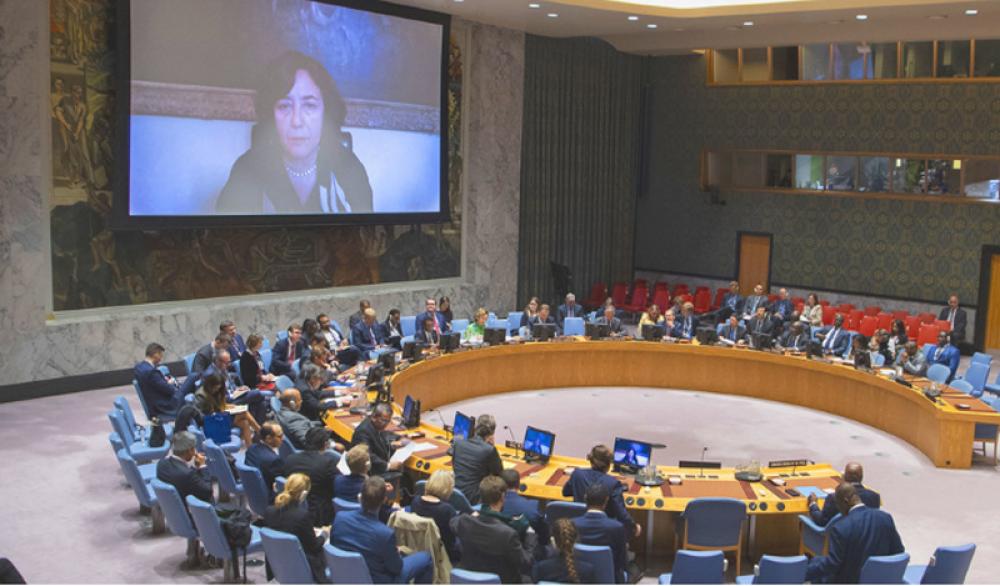 New York:Recent positive trends could help transform the Democratic Republic of the Congo (DRC) into a stable country, the head of the UN operation there told the Security Council on Wednesday.

Leila Zerrougui listed some of these developments which have occurred since the installation of new President Félix Tshisekedi this past January.

“Regional diplomatic initiatives have been rolled out, a coalition government has been put in place with an ambitious programme of action which is intended to stabilize the country, improve governance of the country and boost the level of economic development of the DRC,” she said, speaking via videoconference from the United Kingdom.

“It is now vital that the entire DRC political class supports these winds of change and work hard to consolidate these positive developments.”

Ms. Zerrougui is at the helm of the 16,000-strong UN Stabilization Mission in the DRC (MONUSCO) whose mandate includes supporting Congolese forces in countering the numerous armed groups and splinter groups operating in the east, some of which are of foreign origin.

She expressed concern over recent “deeply troubling” attacks against civilians, such as the killing and subsequent decapitation of 14 people in Bukatsele, Ituri province, last month. Eleven of the victims were children.

“I believe strongly that in addition to addressing these security threats through military means, further strengthening core functions of the State, including through the professionalization of the defence and security sector and the empowerment of the judiciary, will enable the Government to better respond to these threats.” she said.

Congolese Ambassador Ignace Gata Mavita affirmed that his country is taking action, with the new Government determined to achieve the “complete eradication” of what he called “negative forces”.

National forces and MONUSCO “will continue to cooperate but also to step up their cooperation to defeat the armed groups and once and for all restore peace that has been awaited for so long in this part of the country”, he said.

Relatedly, his Indonesian counterpart hoped the UN’s current financial crisis would not have an impact on its operation in the DRC. Secretary-General António Guterres has warned that the organization could run out of cash for day-to-day operations, as early as next month, if all 193 Member States do not pay their annual dues.

Ambassador Dian Triansyah Djani underlined Indonesia’s support, noting that the country contributes more than 1,000 uniformed personnel to MONUSCO, 28 of whom are women.

As armed groups continue to terrorize the eastern DRC, the region faces another ongoing battle against an Ebola outbreak which has killed more than 2,000 people since August 2018.

Strengthened coordination in the overall response has helped drive down new cases, as the UN and partners reported last week. However, the battle is far from over.

Ms Zerrougui said building community acceptance for response efforts remains a daily challenge, particularly in areas more recently affected by the virus, “which reminds us of the importance to address not only Ebola but also respond to broader needs of the population including on safety, healthcare, sanitation and education.”

China added that the Ebola epidemic, armed group violence and intercommunal conflict, have worsened the humanitarian situation in some areas. More than 13 million Congolese are facing a food crisis while 4.5 million children are malnourished, according to the country's Deputy Ambassador, Wu Haitao.

He called on countries “to step up humanitarian assistance, effectively fulfil aid commitments and mitigate the funding shortages.”

UN Photo/Eskinder Debebe
Leila Zerrougui (on screen), Special Representative of the Secretary-General and Head of the UN Organization Stabilization Mission in the Democratic Republic of the Congo, briefs the Security Council.