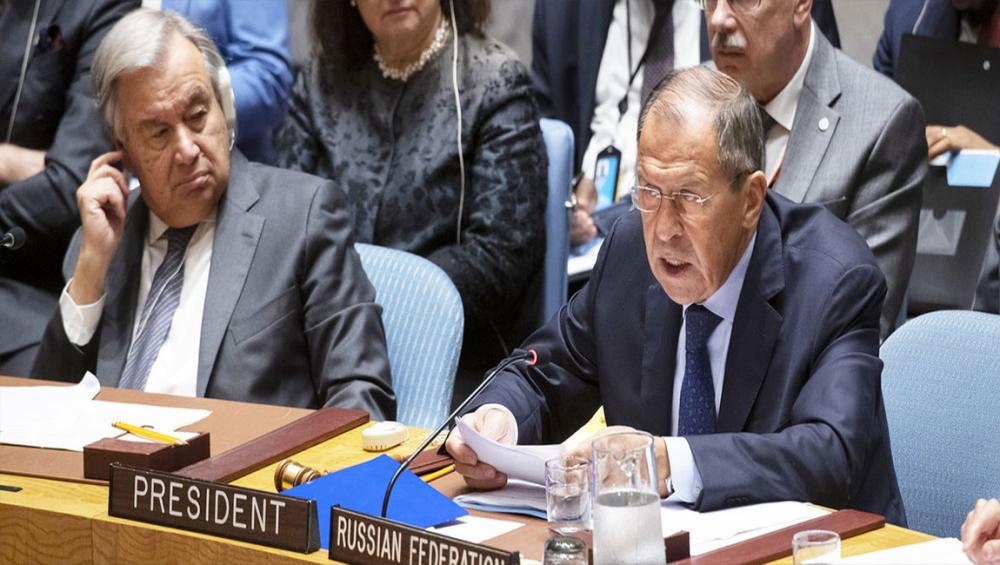 New York: Secretary-General António Guterres welcomed the move to increase cooperation between the UN and the Collective Security Treaty Organization (CSTO), the Commonwealth of Independent States (CIS), and the Shanghai Cooperation Organization (SCO) on Wednesday.

His message of support came at the start of a ministerial-level debate in the Security Council, focusing on the role of the three bodies – whose member countries include Russia, China, former members of the Soviet Union, as well as India and Pakistan – in bolstering peace and security, particularly with countering terrorist threats.

Guterres outlined the “unprecedented threat” posed by intolerance, violent extremism and terrorism, including cyber-terrorism which, he said, is constantly evolving and affects every country. The UN, he continued, has a comprehensive framework for action, provided by the Organization’s Global Counter-Terrorism Strategy, and related Security Council resolutions.

Whilst security measures to pursue and dismantle terrorist groups are “vital”, they must be complemented by efforts to identify and address root causes, counselled the Secretary-General, such as fear and hopelessness, while always respecting human rights:

“We must reinforce the social compact, including the provision of basic services and opportunities, particularly for young people. Most recruits to terrorist groups are between 17 and 27 years old. We need to provide paths that offer a sense of hope and purpose to our young men and women, including education, training and jobs”.

The frequent subjugation of women and girls, which is a “foundational” purpose of many extremist and terrorist groups, was raised by Mr. Guterres, who said that gender equality and engaging women and girls must be central to efforts to prevent and counter terrorism: “Terrorist groups share an agenda that is authoritarian, intolerant and frequently misogynistic. Our efforts to counter terrorist ideology must be founded on respect for the dignity and human rights of all”.

Turning to the specific role of the three organizations at the centre of Wednesday’s debate, Mr. Guterres noted that countries need to cooperate in order to meet cross-border challenges such as the return and relocation of foreign terrorist fighters, and include private sector and civil society partners in these efforts.

The UN chief stressed that the UN is strengthening its institutional links with each of them, establishing frameworks for joint activities, and collaboration on capacity-building assistance. He singled out the UN Joint Plan of Action for the Implementation of the Global Counter-Terrorism Strategy in Central Asia as showing what can be achieved with collective action, leadership and political will.

Sergei Lavrov, Russian Minister for Foreign Affairs, said that more needs to be done to work together with regional and sub-regional organizations, such as the three bodies under discussion at the debate (the CSTO, CIS and SCO).

These organizations, he said, have a “rich experience of fighting terrorism and contribute to stability in the Eurasian continent. Their activity is a gauge of security of their Member States, and the effective counter-terrorism efforts they undertake help noticeably to stabilize the situation in Central Asia”.

Lavrov expressed concern at ongoing recruitment by various terror groups in the region, and noted that the CSTO is working to close recruitment channels and illegal migration, as well as paying close attention to the role of the internet in spreading extremist ideologies. He welcomed the commitment from all three organizations to further broadening cooperation in the area of combating terrorism with the UN, in order to maintain regional and international peace and security.

China’s Minister for Foreign Affairs, Wang Yi, said that counter-terrorism is a shared responsibility for all countries, in a world where terrorism, separatism, and extremism are “rampant”, and are becoming increasingly pervasive and home-grown.

This requires that international cooperation against terrorism, continued Mr. Wang, be strengthened and not weakened. No country should link terrorism to a particular country, ethnicity or religion, he added.

Promoting political settlements is, he said, the best option for addressing “hot spot” issues, and ensuring that different civilizations and religions live in harmony, and mutual respect.