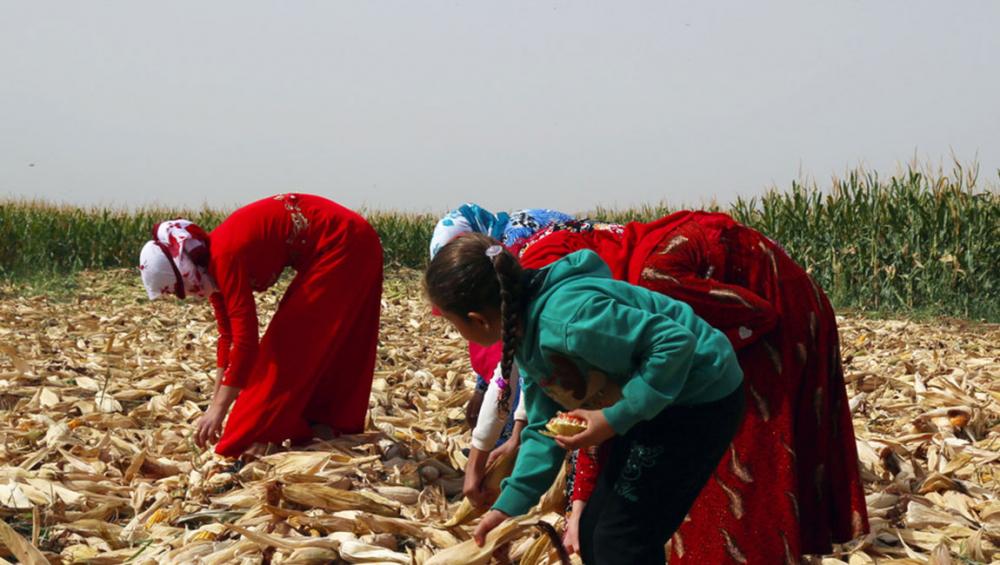 New York, Sept 6(JEN): A new UN report on Thursday shows that while improved security and rainfall across Syria's farming areas have boosted the country’s harvests, higher prices mean that many citizens are still struggling to feed their families.

New York: A new UN report on Thursday shows that while improved security and rainfall across Syria's farming areas have boosted the country’s harvests, higher prices mean that many citizens are still struggling to feed their families.

The Crop and Food Security Assessment Mission (CFSAM) report, produced jointly by the UN Food and Agriculture Organization (FAO) and the World Food Programme (WFP), reveals that while wheat production is estimated to be 2.2 million metric tonnes, compared with last year's 29-year low of 1.2 million, it is still far below the pre-war average (2002-2011) of 4.1 million tonnes.

An estimated two million tonne barley harvest this year is more than five times that of 2018, and more than 150 per cent higher than the average levels produced prior to the outbreak of hostilities.

However, over the past 12 to 14 months, food prices have been gradually rising as a result of increased domestic fuel prices, and a continuous depreciation of the Syrian currency on the informal exchange market.

After nine years of crisis, the people of Syria, including those returning to their villages, continue to face great challenges –WFP Country Director in Syria

"Despite the good rains, farmers in rural areas are still facing many challenges, including a lack of access to seeds and fertilizers, high transport costs, the presence of unexploded ordnance in some of their fields, and limited marketing opportunities," said Mike Robson, FAO Representative in Syria, asserting that unless there is increased support for agricultural livelihoods, “the reliance on food assistance will remain".

"After nine years of crisis, the people of Syria, including those returning to their villages, continue to face great challenges," said Corinne Fleischer, WFP Country Director in Syria. "Many struggle to feed and educate their children”.

Around 6.5 million Syrians are estimated to be in need of food and livelihood provisions, and an additional 2.5 million are at risk of food insecurity and require strengthened resilience support.
Lack of employment and increased prices limit households' purchasing power, causing families to consume less expensive food, cut the number of daily meals or withdraw children from school in order to work, the report stated.

School meals are being provided to children in Syria by the World Food Programme. (October 2018), by WFP/Marwa Awad

And although bountiful rainfall saw increased fruit and vegetable production, the report states that some of the produce simply spoiled, because high fuel prices, localized insecurity and a lack of refrigerator trucks, hampered access to urban markets.

The report also noted evidence that more frequent and intense field fires this year were started maliciously, particularly in areas where fighting is continuing.
Beekeeping, which used to be a prolific traditional industry in the country, has suffered during the crisis and concerns prevail about bee mortality resulting from the misuse of pesticides, and a lack of marketing channels for honey and bee products to provide viable livelihoods.
FAO is working to increase agricultural production and restore or create livelihoods as well as to rehabilitate agricultural infrastructure and support services. So far in 2019, the agency has reached 31,000 farming families (186,000 people) across Syria.
WFP meanwhile, is providing food assistance to more than four million food-insecure people every month across the country, including conflict-affected areas such as Idlib and Hama provinces.

A family of farmers harvests maize in rural Aleppo in Syria.