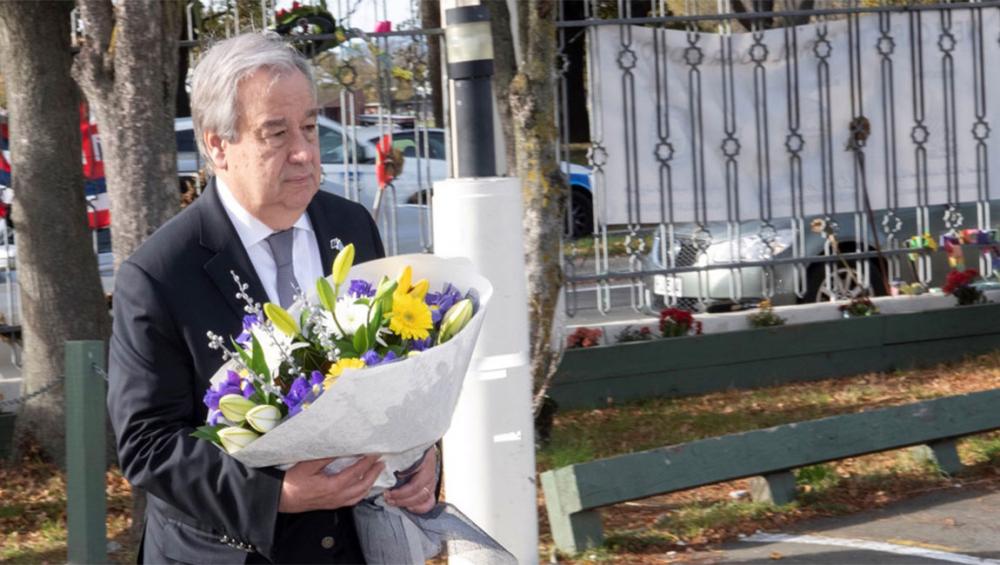 New York, Aug 23 (IBNS): UN chief António Guterres called for an end to the persecution of religious groups on Thursday, the first ever International Day Commemorating the Victims of Acts of Violence Based on Religion and Belief.

The Day was created in response to an increasing number of attacks against individuals and groups, targeted simply because of their religion or belief, around the world. Examples, said the Secretary-General, include “Jews have been murdered in synagogues, their gravestones defaced with swastikas; Muslims gunned down in mosques, their religious sites vandalized; Christians killed at prayer, their churches torched.”

We have seen a rise in attacks against people targeted because of their religion or belief.

The world must step up to stamp out anti-Semitism, anti-Muslim hatred, the persecution of Christians and other religious groups.

We all have a responsibility to look out for each other.

Reject those who ‘spread fear and hatred’

Guterres declared that the Day was an opportunity to reaffirm support for the victims of violence based on religion and belief, adding that “we demonstrate that support by doing all in our power to prevent such attacks and demanding that those responsible are held accountable”.

Pointing out that all major world religions espouse tolerance and peaceful coexistence, the UN chief urged resistance to, and rejection of, those who “falsely and maliciously invoke religion to build misconceptions, fuel division and spread fear and hatred”, noting that there is richness and strength in diversity, which is never a threat.

The Secretary-General drew attention to two new initiatives set up to overcome the threat of violence based on religion and belief: a UN strategy and Plan of Action on Hate Speech, and a Plan of Action to safeguard religious sites.

The latter initiative is being overseen by Miguel Angel Moratinos, who delivered a draft plan to the UN chief at the end of July, following consultations with governments, religious leaders, faith-based organizations and other relevant stakeholders.

Speaking at a July conference on counter-terrorism in Kenya,  Moratinos, who is the UN High Representative for the UN Alliance of Civilizations (UNAOC), said that the aim of the Plan is to provide “concrete and action-oriented recommendations that can help ensure that religious sites are safe and that worshipers can observe their rituals in peace.”

In a message released on the Day,  Guterres said that the best way to overcome the threat of violence based on religion and belief is by “uniting our voices for good, countering messages of hate with messages of peace, embracing diversity and protecting human rights”.


The UN Secretary-General, António Guterres, lays a wreath in Christchurch memory of the victims of a mass shooting in the New Zealand city in March 2019. (May 2019)