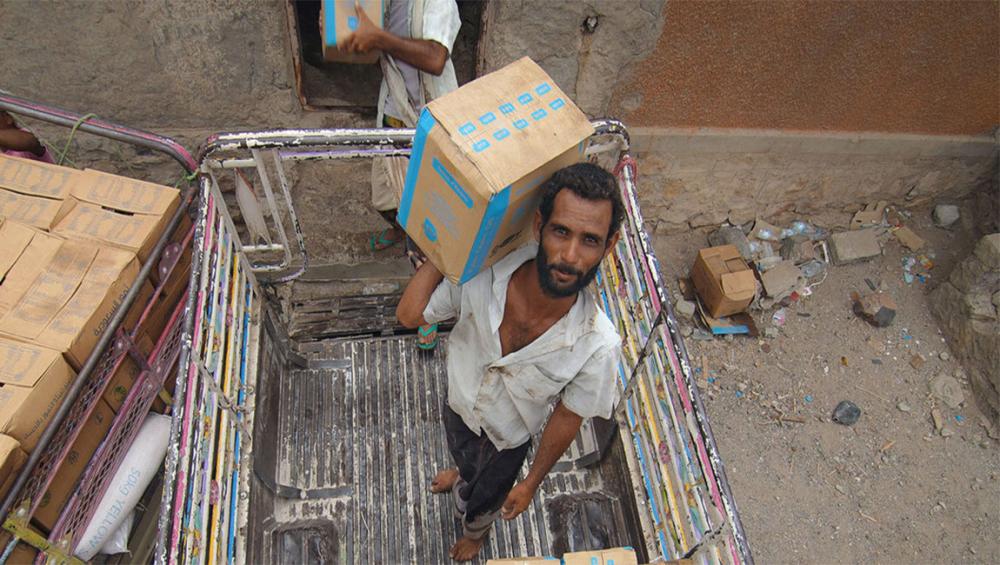 New York, Aug 10 (JEN): Life-saving food aid distribution is set to resume to 850,000 people in the Yemeni capital, Sana’a, following guarantees by Houthi opposition forces that the supplies will reach those who need them most, the World Food Programme (WFP) said on Friday.

Under a deal that ends a partial two-month break in WFP assistance to Houthi-held areas of the war-torn country after the agency said that humanitarians were being denied access and local authorities were interfering with deliveries, spokesperson Hervé Verhoosel insisted that a new registration process had been agreed.

“We have written guarantees from the Houthis,” he said, in reference to a document signed with the Sana’a-based authorities, on Saturday 3 August.

The announcement that WFP food aid will resume after the Eid Al Adha festival next Monday, follows the signing of key technical annexes, the last of which was inked on Thursday, the agency spokesperson explained.

“The Houthis have been engaging with us in the last few weeks to negotiate the document that we have signed together and more importantly to also to agree on the technical terms,” he said.

Under the terms of the deal, WFP will use a smartcard system to register nine million people in areas controlled by the Houthis, although aid will be delivered to those whose details have not yet been recorded.

“The people in Sana’a …will start receiving food even before we start the registration process”, Mr. Verhoosel told journalists in Geneva. “These are people to whom we stopped providing food (for the past) two months waiting for the agreement, or the document, to be signed…That food will be distributed to them, we will start the process then next week.”

The humanitarian operation in Yemen is WFP’s largest. It maintains that the new measures are needed to ensure the protection and privacy of those in need, and the independence of its distribution teams.

The development means that WFP can continue to scale up operations in a bid to reach 12 million people a month across Yemen, where more than four years of conflict between the Houthis and Government forces that are supported by a Saudi-led Coalition are estimated to have left thousands of civilians dead and pushed people to the brink of famine.