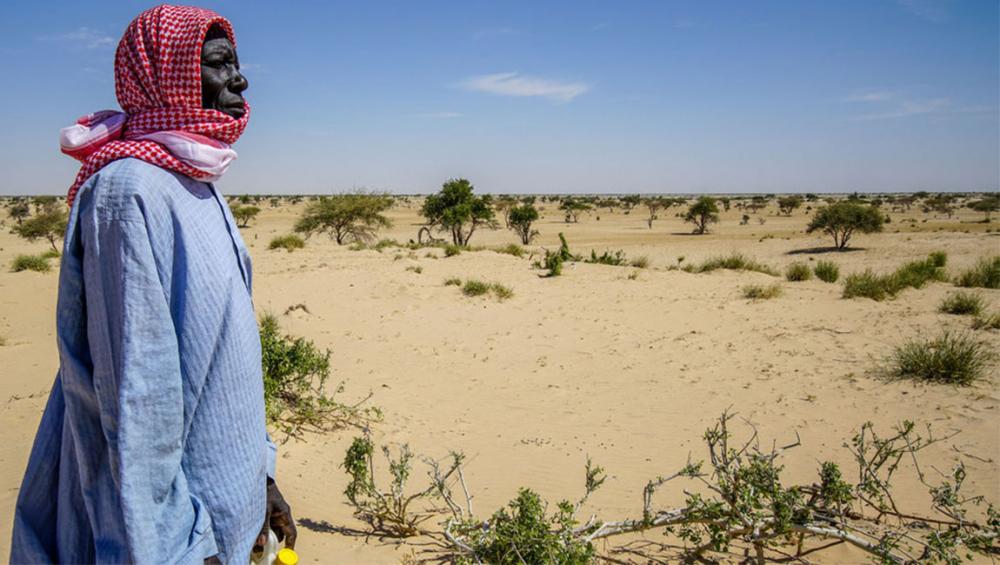 New York, Aug 9 (JEN): More than 500 million people today live in areas affected by erosion linked to climate change, the UN warned on Thursday, before urging all countries to commit to sustainable land use to help limit greenhouse gas emissions before it is too late.

Speaking at the launch of a Special Report on Climate Change and Land by the UN Intergovernmental Panel on Climate Change (IPCC) in Geneva, experts highlighted how the rise in global temperatures, linked to increasing pressures on fertile soil, risked jeopardizing food security for the planet.

Humans affect more than 70 per cent of ice-free land and a quarter is already degraded, noted Valérie Masson-Delmotte, Co-Chair of one of three Working Groups that contributed to the bumper 1,200-page report.

This soil degradation has a direct impact on the amount of carbon the earth is able to contain, Dr. Masson-Delmotte explained.

Amid recent reports that more an 820 million people are undernourished around the world, Co-chair of another Working Group, Jim Skea, highlighted the fact that up to 30 per cent of food is lost or wasted.

In future, countries should consider all options to tackle loss and waste, thereby reducing the pressure on land and the resulting greenhouse gas emissions, including by growing plant-based, or so-called “bio” fuels, he said.

“Limiting global warming to 1.5 or even two degrees (Celsius) will involve removing carbon dioxide from the atmosphere and land has a critical role to play in carbon dioxide removal,” Dr Skea insisted. “Agricultural practices can help build up carbon in soils, but it could also mean using more bio-energy with or without carbon capture and storage and expanding forests.”

Produced by 107 scientists from more than 50 countries across all regions of the world – with more than half of the contributing authors from developing nations - the IPCC report provides a peer-based review of the latest research on land use today.

According to the IPCC report, agriculture, forestry and other land use contribute to around a quarter of greenhouse gas emissions, a fact that policy-makers should consider when considering how they should invest to adapt to and mitigate the effects of climate change.

“Reducing greenhouse gas emissions from all sectors is essential if we want to keep the load two degrees Celsius,” said Debra Roberts, Co-Chair of Working Group II, before cautioning that there were “limits to the scale of energy crops and afforestation that could be used to achieve this goal”.

Reason for hope, if immediate action is taken

The need for immediate action in the face of a warming planet was underlined by another Working Group Co-Chair, Hans-Otto Pörtner, who stressed that there was “no possibility for anybody to say, ‘Oh, climate change is happening and we (will) just adapt to it.’ The capacity to adapt is limited.”

Despite the challenges many countries face from climate-change related pressures on land, positive action was needed now, Dr Pörtner maintained, amid estimates that the global population is set to reach around 10 billion by 2050.

“There are some regions and some places, especially in the lower latitudes where vulnerability is extreme,” he said. “But even in those countries, when there is an emphasis on adaptation in their development strategies, mitigation should play a key role.”

Before Thursday’s report launch, the text had to be assessed and approved by 195 Member States, a process that took longer than expected on Wednesday. In addition to the Special Report on Climate Change and Land, the IPCC plans to release its latest findings on the Ocean and Cryosphere in a Changing Climate next month, ahead of the UN Climate Action Summit on 23 September in New York.

The IPCC was established by the United Nations Environment Programme (UN Environment) and the World Meteorological Organization (WMO) in 1988 to provide policymakers with regular scientific assessments concerning climate change, its implications and potential future risks, and to put forward adaptation and mitigation strategies.

Amid recent reports that more than 820 million people are undernourished around the world, Co-chair of another Working Group, Jim Skea, highlighted the fact that up to 30 per cent of food produced, is simply lost or wasted.

In future, countries should consider all options to reduce greenhouse gas emissions, including by growing plant-based fuels, he said.

“Limiting global warming to one point five or even to decrease will involve removing carbon dioxide from the atmosphere and learned has a critical role to play in carbon dioxide removal,” he added.