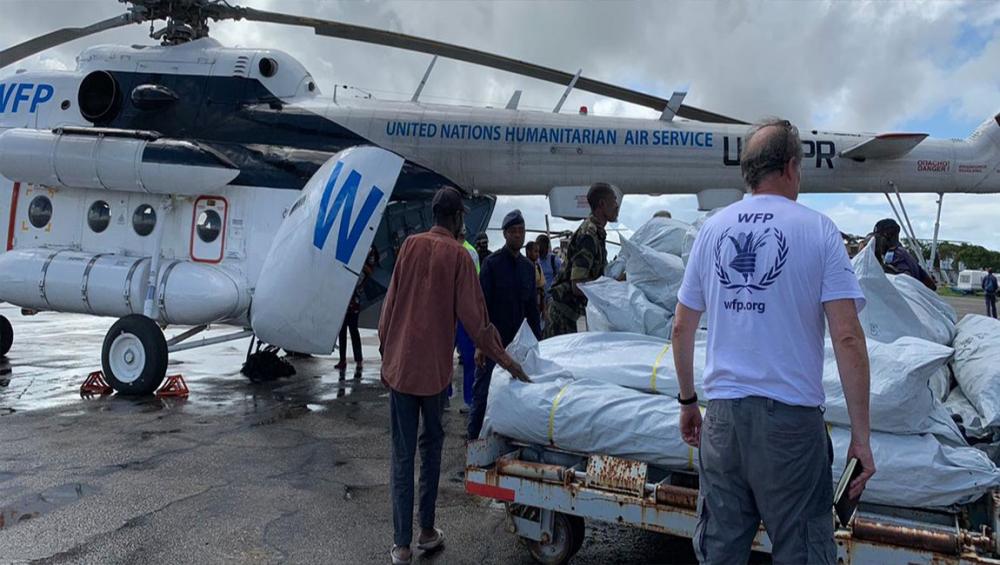 Citing the Zimbabwe Vulnerability Assessment Committee’s recently concluded Rural Livelihood Assessment, WFPSpokesperson Herve Verhoosel, said that the situation was likely to last from now until September with a further deterioration into December that will widen the impact to more than 4.7 million people.

Moreover, WFP said that the hunger period will peak at the height of the lean season, from January through March 2020, when 59 per cent of rural households, or over 5.5 million people, will be food insecure.

“Given the scale and scope of the food insecurity in Zimbabwe”, Mr. Verhoosel said “WFP is planning to scale up to assist over two million people” by the peak of the lean season during early next year.

Until then, teams will continue providing food assistance to the most vulnerable populations, while also helping communities to build resilience to climate change and future shock impacts.

Over the next nine months, he said that WFP urgently requires $173 million to meet these needs.

The Committee is a consortium of government, UN agencies, non-governmental organizations and other international organizations, and the Rural Livelihood Assessment provides key information for government and development partners on rural livelihood programming in southern African nation. WFP plays a key role in contributing financially and technically to the assessment.

And apart from the deadly cyclones that hit both Mozambique and Zimbabwe earlier in the year, Mozambique’s population has also suffered a rise in food insecurity, fueled by other extreme weather events, Mr. Verhoosel said.

Six weeks later, Cyclone Kenneth slammed the province of Cabo Delgado in the north. Since that time the area has been suffering through irregular rainfall patterns and cereal crops have been hit by pest infestations.

Verhoosel referenced a WFP report pointing out that “1.6 million people already face acute food crisis” in 63 districts. The most recent revision of the Integrated Classification of Food Security Phase, highlights the "difficult situation" the country of more than 29 million inhabitants faces, until its next harvest.

While WFP had initially planned from July to October to help some 560,000 people each month in areas affected by cyclones and droughts, the rising need has sparked the agency to scale that number to 1.25 million beneficiaries per month.

Based on current needs, including the response to drought and Cyclones Idai and Kenneth, WFP requires $102 million over the next six months to implement its recovery plan.

To provide adequate and timely assistance, “resources must now be mobilized" in response to increased needs”, warned Verhoosel.