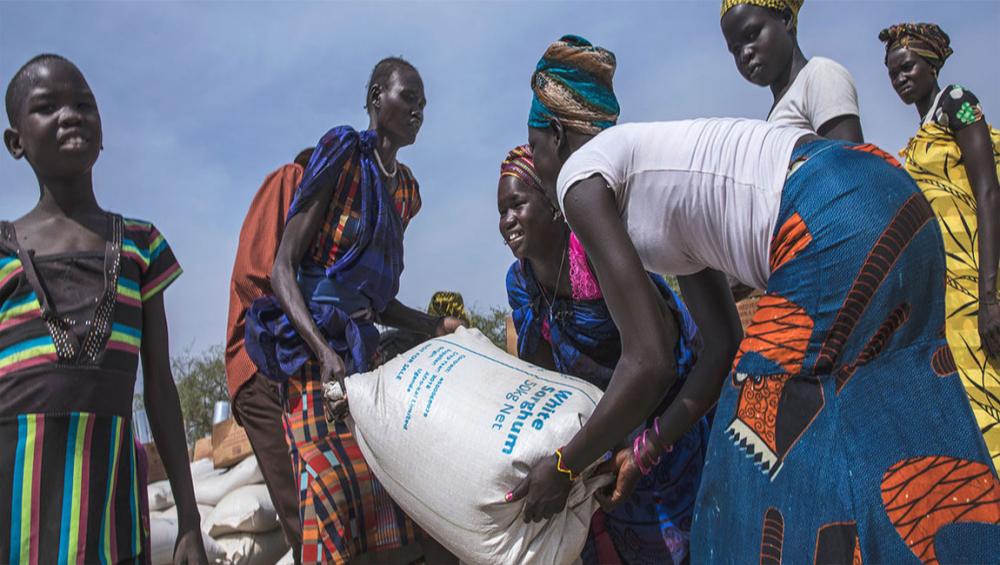 The warning, which follows years of violent unrest and vicious rights abuses linked to mass displacement, food shortages and disease outbreaks, coincides with the release of updated data on hunger levels in the country.

“It is famine-like, but you cannot call it famine, because you can only call (it) famine if you have a certain number of criteria,” including the number of people affected, said WFPspokesperson Hervé Verhoosel. “We are not at that number, that level, to use the word famine. We cannot use the word famine, but they live in conditions that are equivalent to a famine, if there was many more”

According to Friday’s food insecurity report, an estimated 21,000 South Sudanese will likely face a “catastrophic lack of food access” by the end of July, in the middle of the rainy season.

More than 1.8 million are set to endure “emergency” food shortages, while five million are expected to be in “crisis”.

Compared to forecasts made in January, the updated hunger estimates reckon on another 81,000 people facing “a highly stressed and critical lack of food”, particularly in Jonglei, Lakes and Unity states, WFP said in a statement.

Already in South Sudan, the UN agency noted that food and fuel prices have spiked, while trade and local markets have been disrupted, depleting the country’s food stocks.

Today, WFP assists more than 2.7 million people in South Sudan, but it plans to scale up aid to 5.1 million by December, to meet seasonal needs, using a combination of food and cash distributions.

This helps to “save lives” while also reducing delivery costs as the food can be transported by road - and not air - before the rains render them impassable.

Verhoosel stressed that the success of the operation depends upon the “effective implementation of the peace agreement in South Sudan and political stability”, to allow urgent and scaled-up humanitarian assistance to protect livelihoods and boost agricultural production across the country and save lives.”