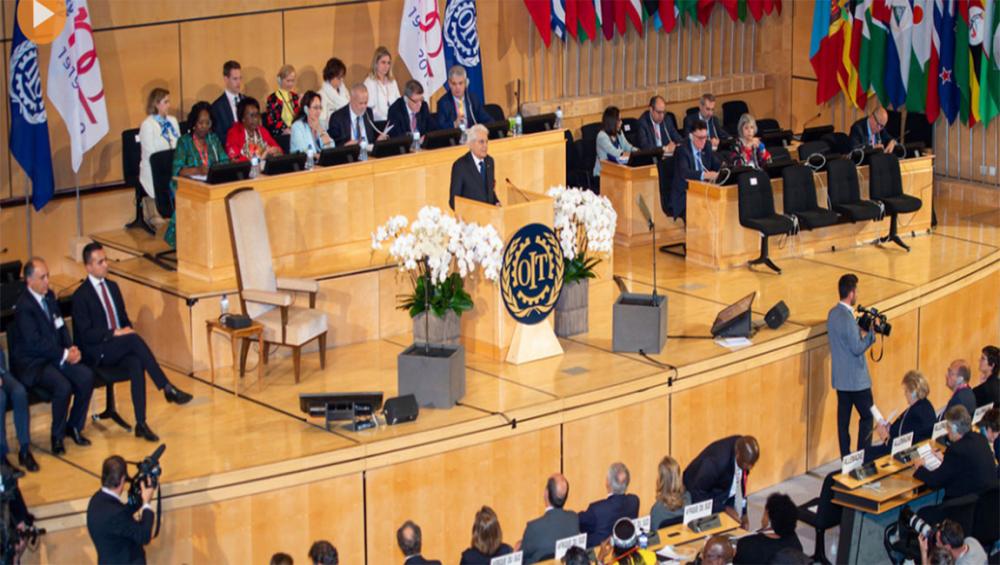 New York, June 11 (JEN): The Centenary International Labour Conference got underway on Monday at the UN in Geneva, with ILO chief Guy Ryder, calling on hundreds of delegates from around the world to help “construct a future of work, with social justice for all”.

The Director-General of the International Labour Organization said that with the possible adoption of a landmark declaration looking to the future, at a time of transformative change, it was time “to tell the world that we have the confidence, the common purpose, the will and the means”, to continue making social justice a top priority.

Although this is the 108th International Labour Conference, often dubbed the ‘world parliament’ of the labour movement, it comes in the ILO’s centenary year.

“The defining challenge of this conference comes from the fact that the ILO’s Centenary coincides with the most profound and transformative process of the change in the world of work that it has ever seen,” said Mr. Ryder.

“There is nothing in these changes which questions the relevance of the ILO’s mandate or detracts from its importance. If anything, the reverse is true,” he added.

In a meeting at UN Headquarters in New York to mark the event in April, UN chief António Guterres noted that the ILO had played “a central role in the struggle for social progress”, throughout its history, as the oldest family member of the entire UN system.

Since the digital economy operates in a world without border, he stressed that “more than ever”, international institutions overall “must play a vital role in shaping the future of work we want”.

Mr Ryder said that a declaration focussed on social justice going forward was necessary because “freedom of association and expression are essential to sustained progress.”

“We will do this together because poverty anywhere is a danger to prosperity everywhere”, added the ILO chief, “and we will do it because the failure of any nation to adopt humane conditions of work obstructs other nations which wish to do so.”

The President of the UN General Assembly, Maria Fernanda Espinosa, also addressed the opening ceremony in Geneva, quoting the words of the first Director-General Albert Thomas, who described the ILO as a “monument to peace and social justice”.

Acknowledging the ILO’s relevance to multilateralism, she reiterated the importance of decent work for the implementation of the 2030 Agenda on Sustainable Development and for addressing challenges such as child labour, forced labour and modern slavery.

She added that decent work and gender equality are crucial steps to eradicate poverty and to reduce inequalities within and among countries.

Approximately, two billion people depend on the informal economy to survive, and 780 million workers are living in poverty. According to ILO, in 2016, the world had 24.9 million in forced labour. Out of this total, 16 million people were exploited in the private sector such as domestic work, construction or agriculture. The agency also notes that women and girls are disproportionately affected by forced labour.