Geopolitics
Governance/Geopolitics
From philanthropy to profit: how clean energy is kickstarting sustainable development in East Africa 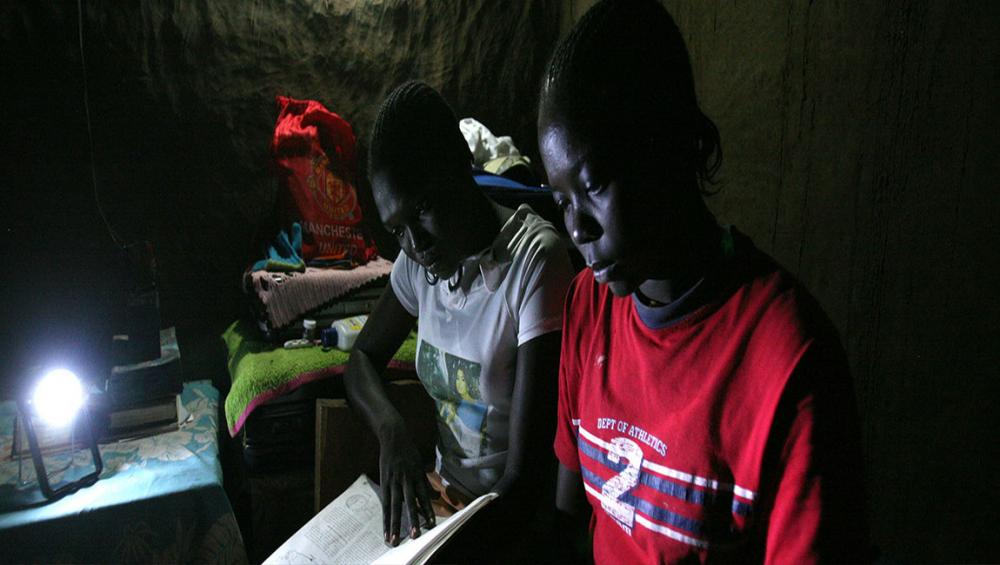 New York, June 1 (JEN): Until recently, Namacurra district, in the Zambezia province of Mozambique, some 1,500 km from the capital Maputo, did not have any basic services – such as schools, health centres, or even energy – connecting the region to the electricity grid would be extremely time-consuming, and costly.

But a new UN-backed clean energy initiative looks set to change the outlook for Namacurra, and, within a matter of months, kickstart sustainable development for the benefit of the thousands of people, relocated to the area following the devastating rains of 2015, and it could herald an improved outlook for other economically disadvantaged parts of Africa.

The United Nations human settlements programme, UN-Habitat, and Portuguese energy company EDP, are constructing a solar energy system to supply 12 classrooms – which have been built to withstand 180 km per hour winds – with clean, renewable energy.

This will have a huge impact on the community because, as well as enabling some 1,300 students to study at night, people living in the area will, for a small fee, be able to charge their mobile phones, and access the internet.

They will also stand a better chance of surviving, when the next cyclones and floods hit the country: Mozambique has developed an early-warning system, with SMS alerts sent out by the government, but this only works in communities with access to energy.

“As long as you can provide this service at a school, people will at least have access to communication with the outside world, which is the main handicap when an emergency strikes, recounts Juan Hurtato Martinez, UN-Habitat architect and manager of the project.  “So, it ensures that, in an emergency, they can receive the alarms quickly."

Scaling up across east Africa

Although the impetus for the project comes from EDPs philanthropic arm, the company sees it as a sensible investment in Africa, in line with the UN’s call for companies to play their part in the move to a “green economy,” that is not reliant on fossil fuels such as coal and gas.

"The African continent is surely the continent with more natural resources – such as the sun, wind, water, biomass and others – that allow the use of renewable energies,” says Guilherme Collares Pereira, Director of International Relations at EDP. “Therefore, it makes total sense to intervene in the market that has resources and that has the needs.”

Some 600 million people in Africa are without access to electricity, Pereira points out, and it is “more than proven that renewable energies can enable, in a cheaper, faster and more efficient way, universal energy access to be achieved.”

The project in the district of Namacurra is one of six, in Kenya, Tanzania, Mozambique and Malawi, that will be receiving support from EDP. At the Kakuma Refugee Camp in Kenya, which hosts more than 186,000 people, a mini-grid will supply pay-as-you-go electricity to refugees according to their consumption needs. “It is a very interesting approach that can be replicated throughout the camp,” says Pereira, “but it can also be replicated in other refugee camps, not only in the Horn of Africa but all over the world.”

Sustainability as a business opportunity

For EDP, the 2030 Agenda is an opportunity, says Pereira. “Ten years ago, when we began involvement with these projects, we were guided more by our corporate responsibility policy, but nowadays it is more about business.”

In 2018 the company decided to invest €12 million in companies that are already working with renewable energy in East Africa. “At the moment, they are not as profitable as traditional EDP businesses,” he notes, “but this is a journey, and we are discovering how the process develops. So, in the next couple of years, when we are ready, we can invest in more companies and grow them in preparation for entry into other markets.”

“The potential is enormous: renewable energy technology is getting better, more efficient and more resilient. There is also an abundance of mechanisms and even financing from countries and the international community to support these projects.  Everything is in place for its growth and it is imperative that the private sector enters this market."