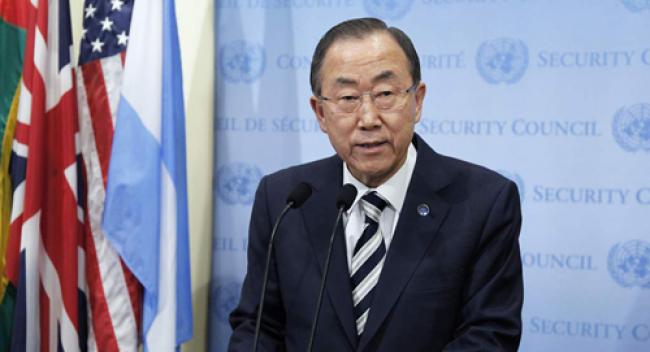 New York, Nov 2 (JEN): United Nations Secretary-General Ban Ki-moon is calling for a respect for diversity and wide participation in this weekend's municipal elections in Kosovo.

In a statement from his spokesperson, Ban called on all concerned “to uphold the highest democratic standards and show full respect for the diversity of the population's views. “ Free and fair elections this Sunday will constitute a milestone in the strengthening of peace and security in Kosovo, the top United Nations official said in the statement. There are reportedly nearly 8,000 candidates in the 3 November polls to select councilors and mayors. Ban “strongly encourages the widest possible participation,” his spokesperson said. He welcomes the progress achieved and the determination of all parties to ensure inclusive elections, free of intimidation and violence, the spokesperson added. Kosovo declared independence from Serbia in February 2008 following years of ethnic tensions, but Serbia has not recognized the declaration. The European Union has since been facilitating dialogue between the parties on a range of practical matters. Tensions between ethnic Serbs and ethnic Albanians have flared up over the years, particularly in the north of Kosovo – which has an ethnic Serbian majority, unlike the rest of Kosovo, where ethnic Albanians are the majority – sparking concerns from UN officials. The agreement to hold the November elections with the facilitation of the Organization for Security and Co-operation in Europe (OSCE) is among the provisions of the historic 19 April Agreement brokered in Brussels.