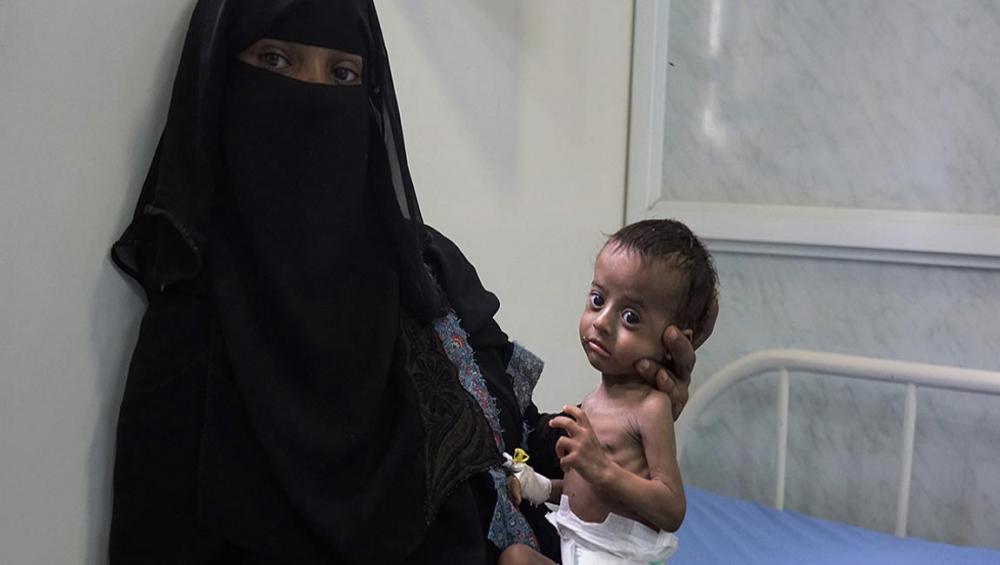 New York, The critical difficulties in accessing food in Yemen, and other hardships caused by the ongoing conflict, could lead to the world’s worst famine ever, and place up to two million malnourished, pregnant and lactating women at risk of death, the UN sexual and reproductive health agency, UNFPA, said on Thursday.

“Lack of food, displacement, poor nutrition, disease outbreaks and eroding healthcare have heavily affected the health and well-being of 1.1 million malnourished pregnant and lactating women, causing numerous cases of premature or low-birth weight babies, severe postpartum bleeding, and extremely life-threatening labor processes,” UNFPA warned, adding that if the situation continues to deteriorate, up to two million mothers could end up being affected.

Since conflict escalated in Yemen in 2015 between non-state armed groups and a Saudi-led coalition in support of the Government, constant shelling and bombing has destroyed key civilian infrastructure across the country. Although targeting medical facilities is strictly forbidden under humanitarian law, nearly half of the health facilities are no longer operational, including those established to provide reproductive health services. As a result, many of these women go undiagnosed and untreated.

This past August, for example, Al Thawra, Al Hudaydah’s largest hospital – the only hospital of the area which provides critical neo-natal and emergency care – was attacked, putting the city’s almost 90,000 pregnant women and girls at great risk.

“I felt I was in hell because of what I saw,” said midwife Noha, who was working at the hospital’s obstetric ward when the attack took place on 2 August. “Now pregnant women prefer to give birth at home, where they are exposed to many risks and problems. They do not come to the hospital out of fear for their lives,” she explained.

The humanitarian crisis in Yemen is one of the worst in the world, with three quarters of the population requiring some form of life-saving assistance and protection, according to the UN’s humanitarian coordination office (OCHA). The conflict has rendered civilians’ access to food increasingly difficult through a combination of factors, including unprecedented inflation, import controls, and limited freedom of movement.

“There is now a clear and present danger of an imminent and great big famine engulfing Yemen: much bigger than anything any professional in this field has seen during their working lives,” UN humanitarian chief, Mark Lowcock told the UN Security Council last week.

Although the humanitarian crisis in Yemen is one of the world’s best funded crises, with 71 per cent of the 2018 appeal funded to date, the needs continue to grow and outpace the response. Working with limited funding, UNFPA’s support to the 184 health facilities that offer reproductive health services may stop if additional resources do not become available urgently.