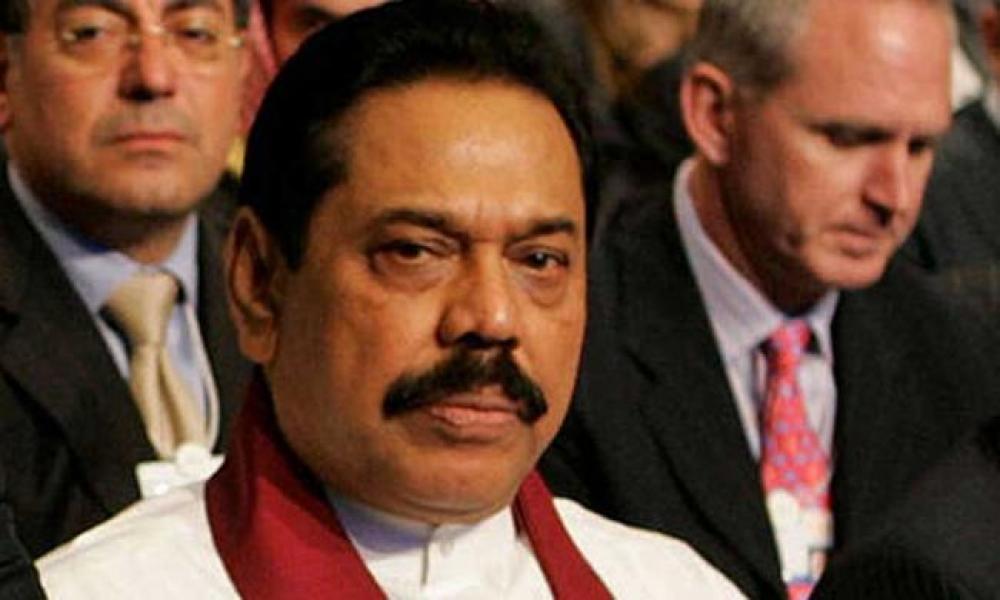 "Mahinda Rajapaksa assumed duties as the 22nd Prime Minister of the Democratic Socialist Republic of Sri Lanka a short while ago at the Prime Minister's Office," reported country's Daily Mirror.

Rajapaksa was sworn-in on Friday itself.

Relations between Sirisena and Wickremesinghe's political parties, who have governed in coalition since 2015, received setback since both suffered humiliating losses in February's local council elections.

According to reports, they have clashed in cabinet last week over government plans to lease a container terminal to neighbouring India.

According to police, a tense situation had occurred when a group of protesters had obstructed when the former Minister of Petroleum Resources Development Arjuna Ranatunga arrived at the premises of the CPC this evening, reported Daily Mirror of Sri Lanka.

United Nations chief António Guterres said on Sunday he was following Sri Lanka’s deepening political crisis with “great concern”, after a man was killed allegedly by a politician’s bodyguard, who reportedly fired on a crowd of demonstrators.