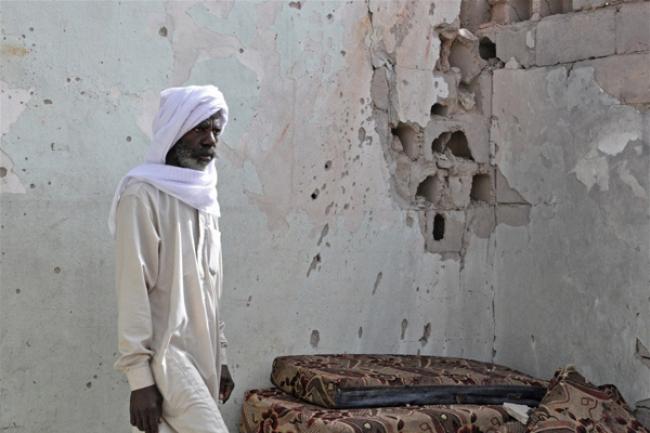 New York, Sept 11 (JEN) The violence in Libya must stop, the United Nations envoy to that country on Wednesday reiterated, calling for â€œmeaningful, effectiveâ€ dialogue to end what is among the worst fighting the country has seen since leader Muammar al-Qadhafi was ousted in 2011.

The Secretary-General’s Special Representative, Bernardino León, held a series of discussions on Wednesday in the Libyan capital, Tripoli, with influential and political actors, according to the UN Support Mission (UNSMIL) which he heads. “The use of force to achieve political objectives is rejected,” he said on his first trip to the country since taking up the UN post. “A cessation of all hostilities is an important confidence-building step that helps create an atmosphere conducive for dialogue.” Addressing a group of parliamentarians,  León stressed that the objective is to have one Parliament representative of all Libyans and a government representing all Libyans. “We have discussed some ideas on holding a dialogue, but it has to be a Libyan initiative, with support from the international community. No one can replace Libyans and a Libyan solution," he underscored. The senior UN official added that progress must urgently be made in the coming weeks. “Dialogue is not a solution if it does not produce soon an agreement,” he said, adding that what is needed is “meaningful, effective dialogue that can produce short-term solutions.” Earlier in the week,  Leòn was in Tobruk, where he held talks with the leadership of the House of Representatives. He stressed strong UN support for the House as the sole legislative authority in the country. On Tuesday, he visited al-Baida and met with the chairman of the Constitution-Drafting Assembly. He also addressed the Assembly, praising its role as an example of dialogue and consensus to be followed by the rest of the country. Pledging the UN Mission’s continued support,  Leòn noted that he would go to the UN Security Council next week to talk to everyone in the interest of peace and stability in the country: “The Libyan street wants peace and democracy that works in order to solve the problems of the country.” The Council last week adopted resolution 2174 (2014), calling for an immediate ceasefire and inclusive political dialogue. The text also tightened the arms embargo and expanded the categories of people and entities to which sanctions may apply.

A resident of Tayuri stands against a bullet-riddled wall of his house, part of which was destroyed during clashes in Libya. Photo: IRIN/Zahra Moloo